MUSIC fans travelled from around the world to line the streets of Essex for the funeral of Prodigy star Keith Flint.

Festival flags flew and music played over loudspeakers outside the church for the much-loved vocalist (below) found dead at his home in Essex on March 4 aged 49.

The band’s Twitter page invited fans to line the procession route and ‘raise the roof for Keef’ ahead of the private service at St Mary’s Church in Bocking. 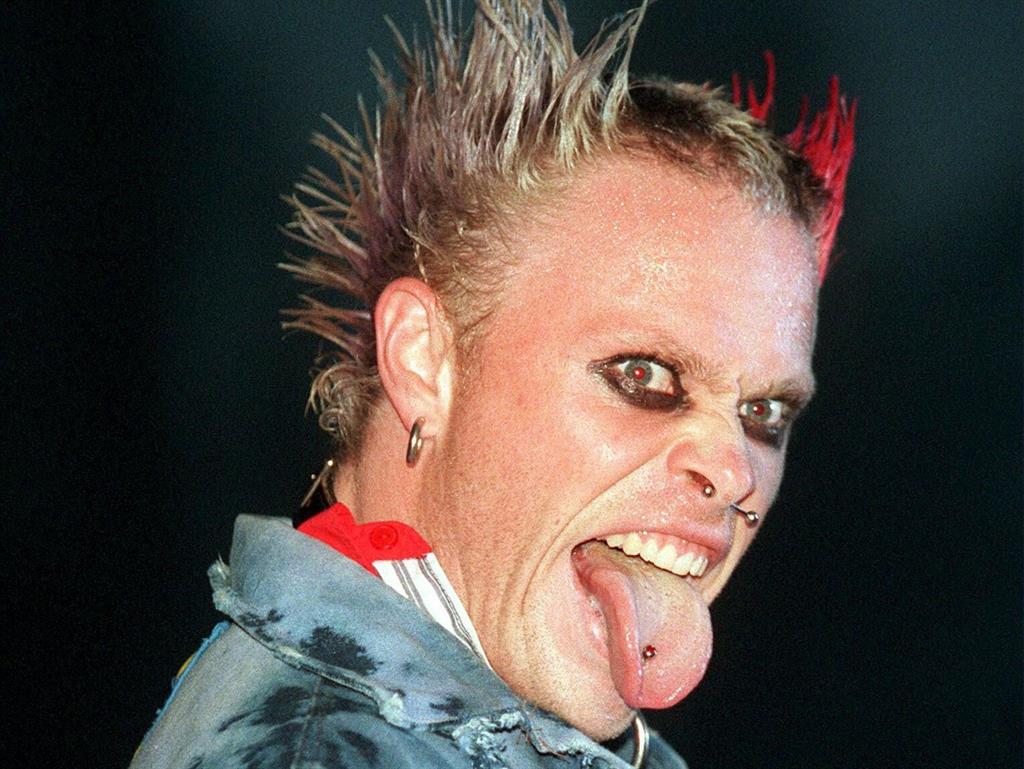 Many gathered on a green between the church and the village pub, with crowd-control barriers in place.

Among them was 25-year-old Maria Lelicova, who flew in from Prague for the service and said tearfully: ‘It’s the last time to have a connection, say goodbye.

‘I never had so strong a connection with other bands as with The Prodigy and it’s really something unique and it’s part of my life.’

Araks Azarian, 36, whose flight from Australia arrived on the morning of the funeral, said she made the journey as ‘I’ve been doing it for years, to see the boys, and this is going to be my last chance’.

Dennis Kuhne, 40, who flew in from Germany, said he wanted to ‘say goodbye to Keith — I listened to them over 20 years.

‘My first concert I think was in 1995 for the Jilted Generation tour.

‘Since that time I follow the guys on almost every tour, festivals and everywhere they played in Germany. It’s a pleasure to be here.’

Carpenter Lewis Knowles, 31, travelled from Calne in Wiltshire and said he recognised many faces from the front row of shows around the world.

‘They were a big part of growing up, listening to The Prodigy, enjoying it, travelling all round Europe and the world watching them, so it felt right to come here and just try to enjoy the day and see people you bump into at the gigs,’ he said.

Essex Police warned of delays in the area as the force was expecting a ‘large number of wellwishers’ to attend the procession from Braintree to the church.

An inquest heard this month that Flint died by hanging. His bandmate Liam Howlett said in an earlier Instagram post that Flint ‘took his own life’.

The singer rose to fame in the Brit Award-winning electronic band in the 1990s and was known for hits including Firestarter and Breathe.

They released their latest album No Tourists in November, their seventh consecutive number one record.

Flint was described in a statement by Howlett and fellow bandmate Maxim as ‘a true pioneer, innovator and legend’.

He had joined in the 5k Chelmsford Central parkrun on March 2, posting a personal-best time of 21.22.

Following his death, The Prodigy cancelled all shows ‘with immediate effect’.