METRO has teamed up with Abbey Road to launch Battle Of The Bands, a competition to find the five best tracks from unsigned artists — one of whom will be invited to the iconic venue’s new Gatehouse Studio to record a single on site. Abbey Road will mix and master the track ready for Spotify, Tidal and Apple Music, and create a one-off vinyl.

Just send your WAV/AIFF audio file to bands@abbeyroad.com and a team of judges, including US disco king Nile Rodgers, Metro music critic Malcolm Jack and audio engineer Matt Mysko (who has worked with the likes of Frank Ocean, James Blake and Paul McCartney) will pick the five finalists. They will then have their track posted on the Abbey Road homepage for a public vote to decide which one heads to the mixing desk on July 19. The winner will be announced on July 12. Happy recording!

The deadline for submission is June 19 at 12pm. For full submission details, terms and conditions see abbeyroad.com/battle-of-the-bands

Malcolm Jack — What I’m looking for in a track

‘You don’t have to find the mythical 13th note to be original. It can be as simple as taking something that’s been done before and twisting it in a new and inspired way.’

Do what comes naturally

‘You don’t have to make trap music just because it’s on trend and the world definitely doesn’t need another Ed Sheeran. Be proud of the music that inspires you and do what comes naturally.’

‘A lyric that properly comes from the heart and the head writes itself and stands out in a song with hardly any effort — I’ll take that over something that is cleverly contrived any day.’

‘I’m a sucker at the best of times for a hook that knocks around inside my head for hours after hearing a song. I’ll be looking for them more than ever if I’m listening to loads of different tracks in succession.’

‘Once I’m hooked, I love discovering those little inspired and intricate touches of production, lyrics or arrangement that reveal themselves in a song on repeat listens. That’s often the clincher for me.’ 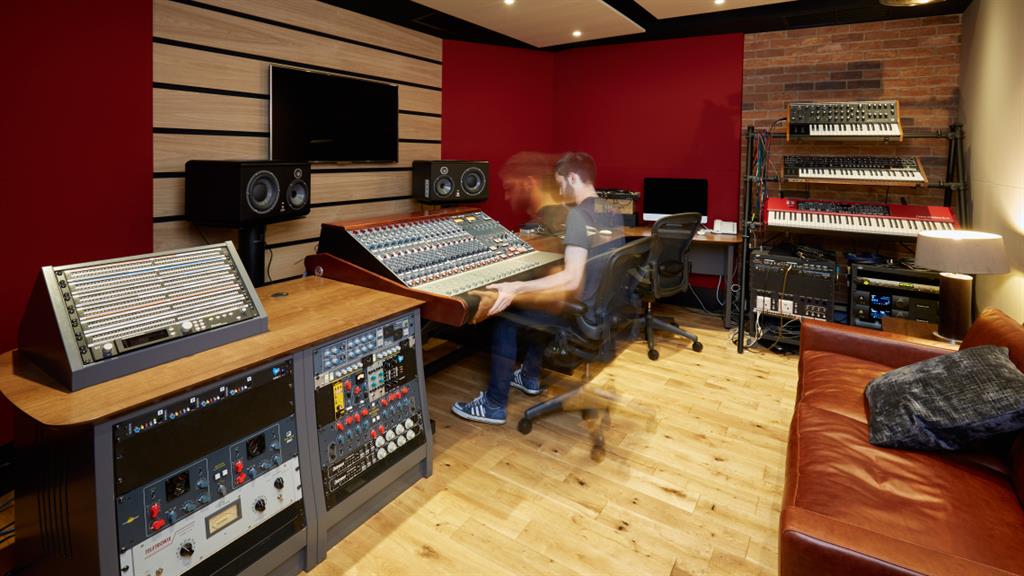 The Front Room and Gatehouse studios are an ideal size for newbies and wannabes. Here’s what delights they contain…

You can record a track with a mix of the latest digital tech, software and vintage gear to get the sound you want. There are even 1960s tape machines available, and 800 mics from 1931 to the present day — the biggest collection in the country.

For less than £1,000 you can hire a studio with an expert engineer, the kind that has worked with Liam Gallagher, Harry Styles, Amy Winehouse and many more.

Want to play the piano used by The Beatles? You can. Abbey Road has many instruments used by legends — and even the piano that was used on the Harry Potter theme tune.