THE family of a black woman who was shot dead by US police have landed a record $12million settlement.

The agreement with city authorities in Louisville, Kentucky, follows months of protests over the death of emergency medical technician Breonna Taylor, 26.

Formula 1 driver Lewis Hamilton (pictured) brought more attention to calls for officers to face charges by wearing a T-shirt at the Tuscan Grand Prix on Sunday. 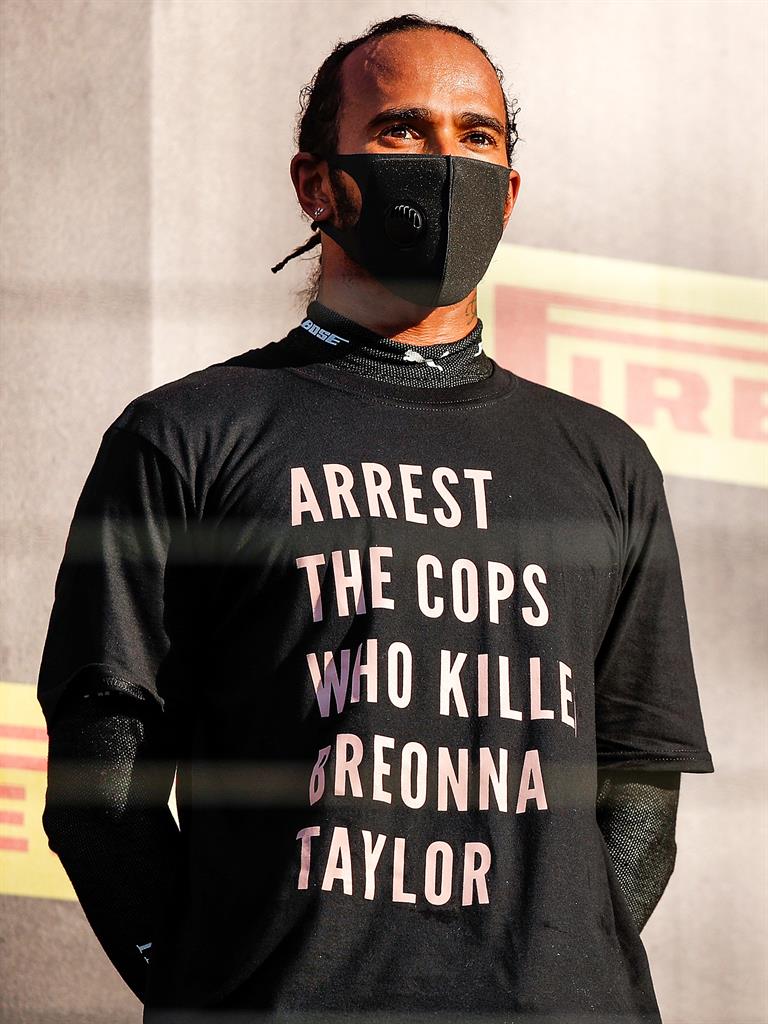 The ‘substantial’ payout to the family is the largest agreed by the city in a misconduct case. Police reforms will be introduced as part of the settlement of a lawsuit filed by Ms Taylor’s mother, Tamika Palmer.

In the suit, she said officers used flawed information to obtain a ‘no knock’ warrant to enter her daughter’s apartment on March 13, during a drugs investigation.

Ms Taylor was shot eight times and police found no drugs inside her home. Her boyfriend Kenneth Walker, who was with her, fired a shot that struck an officer in the leg.

The licensed gun owner said he did not hear police announce themselves and used his weapon as he thought that criminals had broken in.

Protest group Until Freedom said yesterday: ‘No amount of money will bring back Breonna.’