A LABOUR MP says his family was targeted with death and rape threats after he criticised anti-Semitism in his party.

John Mann, who chairs the all-parliamentary group on the issue, told a Commons debate he was forced to call police due to a campaign of intimidation from ‘Islamists’ and left-wingers.

He said: ‘I didn’t expect when I took on this voluntary cross-party role for my wife to be sent by a Labour Marxist anti-Semite a dead bird.

‘[And] I didn’t expect my son after an Islamist death threat, to open the door in the house… to the bomb squad.’

He said his wife Jo White and daughter had both faced rape threats. He did not say how he knew the identity of those behind the threats. 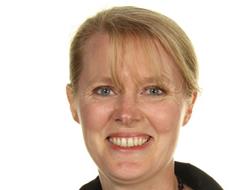 Fellow Labour MP Ian Austin used the debate to call for Ken Livingstone to be ‘booted out’ of the party for saying that Nazi dictator Adolf Hitler once supported Zionism. The former London mayor, who is suspended pending an inquiry, says his comments were historically accurate.