MORE than 100 firefighters fought all night to contain a blaze that left a four-storey block of flats a burned-out shell.

The alarm was raised at 1.20am yesterday and families fled as 20 fire engines raced to tackle the blaze at the 23 apartments at The Hamptons in Worcester Park, south-west London.

No one was hurt but residents said they had ‘lost everything’. 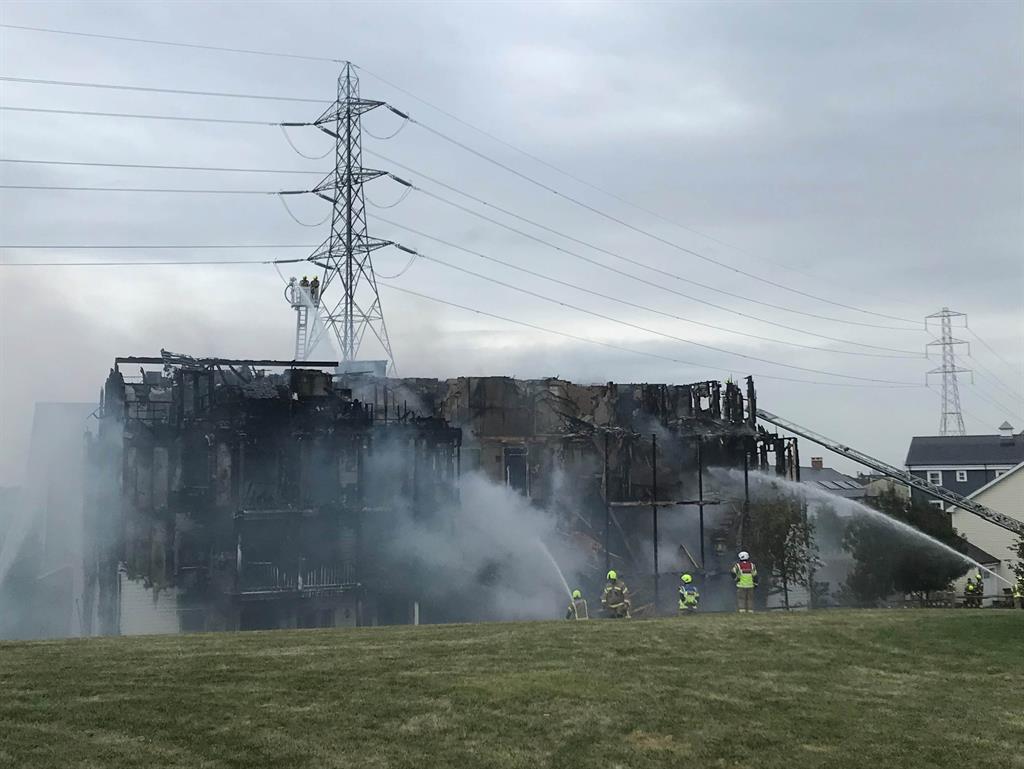 Stephen Nobrega, a father of three children aged between eight months and 13, said: ‘The most important thing is everyone’s alive.

‘But everything we had was in there, from simple things like clothes to sentimental stuff which you’ll never get back. I’ve got photos of the kids on holidays, sentimental bits and pieces gone forever. It’s heartbreaking.’

He said his family left their ground-floor flat after the alarm sounded. He added: ‘Within about 20 minutes, fairly quick, the fire started ripping through, going from apartment to apartment, right to left, and then it started going down and caught alight on the other side.’

The cause of the fire, on a former sewage works, is being investigated.