SO NOW people in England can meet — in outside spaces — in groups of up to six people from different households. Roll out the picnic blanket, fire up the disposable barbie and crack open the rosé — right?

Granted, it looks as though many people have been doing just that recently anyway but plenty more are bound to be delighted such activities are now legit. Me? I’m not one of them.

When lockdown was first announced, many suspected that socially anxious and agoraphobic people — hello, yes, that’s me — were jubilant. Finally, a valid excuse to avoid people and situations! How could you be accused of being a bad friend, or a misfit, when you were simply doing the socially responsible thing?

Perhaps there was, initially at least, a sense of relief but one of the nasty things about mental health issues of this sort is that they require constant exercise to keep them in check. You know the spin class you went to four times a week before lockdown? You know how everything looks a little less firm now? It applies to disorders as well as derrières.

The fact is, in pre-Covid-19 times I was forced to give my social muscles even the most tokenistic of workouts. I may have been sitting on a bus, texting a lame excuse for my failure to attend a party, but I still would have made eye contact with another person and thanked the driver. I may have been skulking in a store to buy a ready meal rather than the wine I should have been taking to the dinner I’d just blown off but I still would have greeted the cashier and apologised to someone whose way I was blocking.

Even when these necessary daily interactions were bland and minimal, they were a dent in the workout, a few hundred of the 10,000 steps. When a panic attack struck in the freezer aisle, I could tether myself to the sight of people going about their everyday business and, with clammy hands, force myself to reach for that bag of peas. Over the past few months, these ‘normalising’ activities have been severely reduced or altered — what’s normal about swerving into the road to avoid an oncomer, lurking behind a shelf while someone in the aisle you want to access deliberates over biscuits or queuing on markers outside the supermarket?

The removal of some of the coping strategies I, and others like me, depend on means that, where anxiety may once have skyrocketed around a social occasion, it now festers around the quotidian. An exchange with a neighbour feels excruciating. Walking down the street is accompanied by a sensation of falling. Zoom meet-ups are horrendous. ‘Sorry, poor connection!’ … pzzzccct … and breathe.

Of course, in today’s hyper-connected world, solitude can be restorative — but even when it has come, originally, from a healthy place, it can quickly become habitual: the more time one spends alone, the more overwhelming the prospect of ‘social’ time may come to feel. Solitude can easily descend into torpor and inertia, and the thought of making and carrying out plans can start to seem overwhelming. In fact, solitude, like almost any other kind of behaviour, can be addictive. Unlike many other addictions, however, solitude doesn’t depend on anything external: it involves nothing more than oneself and is therefore easily stoked and sustained.

So it’s not just people with pre-existing issues around social interaction who may be feeling uneasy about ‘life after lockdown’: for many, it will be akin to emerging, blinking and dazzled, into daylight after spending hours in a dark room. According to London-based psychotherapist Nicholas Rose, it’s not uncommon for people to feel overstimulated and anxious after leaving, for instance, a retreat — so, he says, whatever resistance we might initially have had to restrictions, there may be a similar sense of uneasiness as they’re relaxed. His observations are supported by a recent Ipsos MORI poll revealing the majority of Brits were anxious about returning to public and social settings: as much as ‘home’ may have initially felt punitive, it probably now feels safe and, crucially, habitual.

Habits are quickly ingrained and notoriously hard to kick, and this also goes for thought processes — more rumination means anxieties become more ‘real.’ Meeting up with a handful of friends may seem so alien as to be frightening; we’re so out of practice, our social muscles may have atrophied and activities that were unremarkable could now feel insurmountable. But reassure yourself you’re not alone.

‘For many, lockdown life will have come to seem normal,’ says Rose. ‘Take comfort from the fact that others are likely to be feeling similarly to you and that it may take some time to recondition our social muscles.’

Agoraphobic? How to prep for post-lockdown life 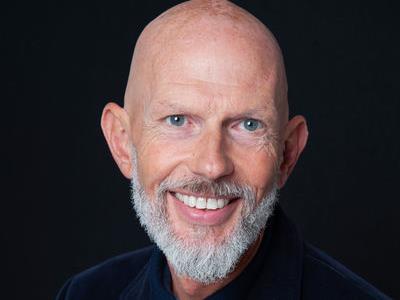 According to psychotherapist Nicholas Rose, avoiding the landslide of thoughts that occurs when there’s little in the way of stimulus is key: focus on activities that occupy your mind.

‘Structure can be helpful in staving off anxiety,’ he says, ‘so organise your days. Try to reconnect with things you enjoyed pre-lockdown such as a language or a sport — anything that engages your mind fruitfully.’

And Just because you’re now allowed to see people, doesn’t mean you have to. When you do, it should be done in a way that’s non-threatening.

‘Anxiety can be a useful tool,’ Rose points out. ‘Use it as cue to check in with yourself. Look at the new guidelines and determine what feels right for you. Re-engage at a pace that suits you and build in exit routes to extract yourself if you feel you need to.’