THE podium in Abu Dhabi was significant, not because of the three drivers who were stood up there — Lewis Hamilton after his 11th win of the season, Max Verstappen and Charles Leclerc — but because of who was picking up the constructors’ trophy.

Britta Seeger, 50, is not a team member, an engineer or a mechanic. Instead, she sits on the board of parent company Daimler and has executive responsibility for Mercedes-Benz’s global sales and marketing. She will directly influence those who must decide over the winter whether Mercedes are to continue in F1 as a works team beyond next year.

Question marks over Mercedes’ future have prompted Ferrari to court Hamilton with vigour. ‘Lewis is an outstanding driver, and knowing he is available in 2021 can only make us happy,’ said Scuderia principal Mattia Binotto.

To which Hamilton responded: ‘That’s the first compliment I’ve had from Ferrari in 13 years. It’s funny, it’s taken all these years for them to recognise me.’

Despite the quip, Hamilton has not denied two secret meetings have taken place between himself and Ferrari president John Elkann during this season.

Sebastian Vettel — who one assumes Hamilton would replace — notes the Englishman already enjoys riding a prancing horse, saying: ‘He’s already a Ferrari driver, no? I think he’s a good customer. He owns more than one.’

Despite the romance that has drawn many greats to the Scuderia, I believe it was always Hamilton’s intention to stay at Mercedes until he retired. Every race he has ever run has been with a three-pointed star on the car’s nose, which shows incredible loyalty. And he is very conscious of his future earnings.

He wants to continue bringing in eight figures a year. If he retires in a Mercedes he will be an ambassador for life, a lucrative deal I call ‘Fangio Plus’.

A couple of seasons ago I thought he would retire in 2020. He seemed to be getting fed up with the paddock grind, and his head was being turned by other creative opportunities. But 2016 ruined his plans. He lost out to Nico Rosberg and instead of gunning for a record-breaking eighth world title next year, the best he can hope for is to equal Michael Schumacher’s tally of seven. He wants that eighth.

And if the rumours are true and Mercedes pull out at the end of next season — if Seeger cannot convince the board to stay — the only way Lewis can do that is in a scarlet machine.

That would be exceptional box office but it is risky. Think how good Charles Leclerc will be in 18 months with his feet firmly under the table. Winning the title with a new team straight out of the box is no mean feat. The last man to do so was Kimi Raikkonen with Ferrari in 2007. The only other first-year triumphs with Ferrari were Jody Scheckter in 1979 and Juan Manuel Fangio in 1956.

But Hamilton has never shied away from a challenge and is yet to make a big career mistake.

About his old foe, Rosberg said in Abu Dhabi ‘the only next step with his career would be to win a world championship with Ferrari. I’m sure he would consider it. It depends if Ferrari are willing to pay enough and if they have a decent enough season next year. It’s possible’. Hamilton earns a reported £40m a year, which is about £7m more than Ferrari spends on their entire driver line-up. Assuming Leclerc’s earnings progress as expected, can they really foot a £60m bill?

The proposed 2021 budget cap does not include drivers’ salaries. So, forced to cut back in other areas, there should be plenty of spare cash lying in the Ferrari vault.

On Sunday, Lewis led every single lap of the race and finished 17 seconds ahead of Verstappen. He is showing no signs of slowing down, and a change of team would give him another great mountain to climb. Perhaps this situation is the best he could hope for. If Merc bow out, that allows him to go out and win for Ferrari without anyone questioning his fidelity.

And when the rules change, gambles can be rewarded. A true racer would not quit with such a golden opportunity handed to them on a plate, and Hamilton will be a racer until his dying day.

■ FERRARI were fined £42,800 for a 5kg fuel discrepancy in Charles Leclerc’s car. The FIA found a ‘significant difference’ between the team’s pre-race declaration and a test before the cars went to the grid. The extra fuel allowed Leclerc to push harder for longer. He was lucky to keep third place. 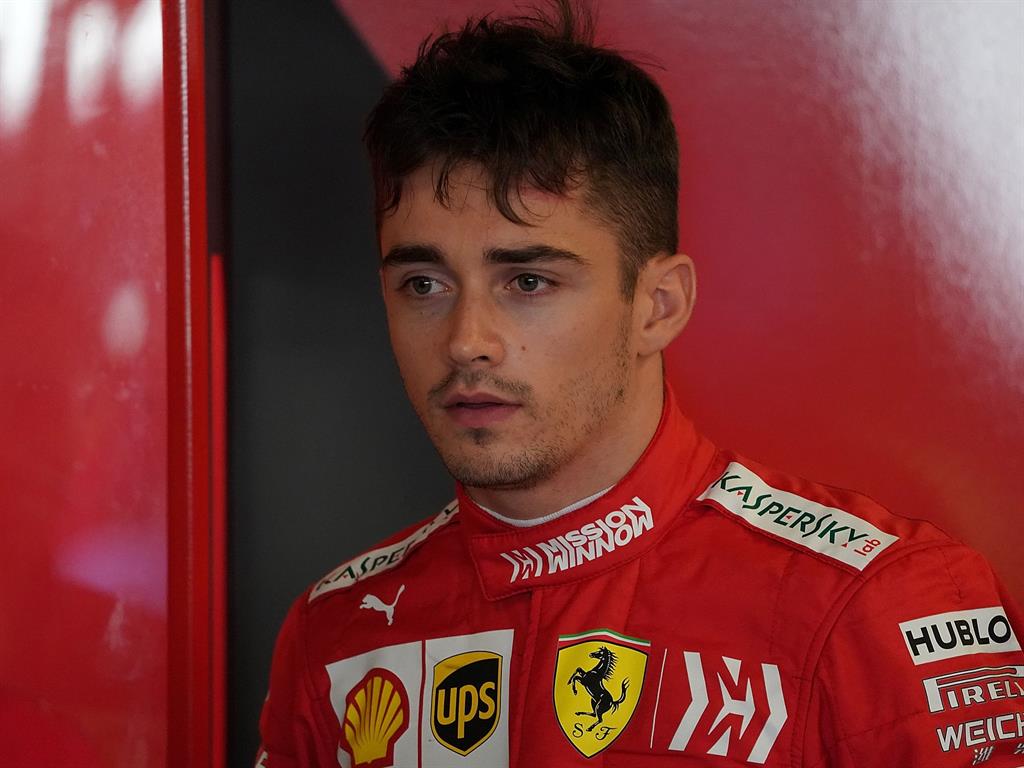 CHARLES LECLERC says he would be happy to drive alongside Lewis Hamilton if the world champion was to join Ferrari.

If the Italian team continue their pursuit of the Briton, 35 next month, it will surely be as a direct replacement for Sebastian Vettel, rather than Leclerc, who is viewed as Ferrari’s man of the future.

‘Of course I would welcome Lewis,’ said Leclerc (pictured above), who finished third at Sunday’s season-concluding race in Abu Dhabi.

‘We are in Formula One and we want to fight against the best. I have had a big opportunity to have Seb next to me who is a four-time world champion. I have learnt a lot from him so you can always learn from these types of champions.’