MOTORISTS became a rare species in parts of central London yesterday as thousands of protesters blockaded roads to demand action on climate change.

Extinction Rebellion — responsible for a near-naked protest at the House of Commons earlier this month — co-ordinated action in 80 cities across the world with a warning it could last for weeks. 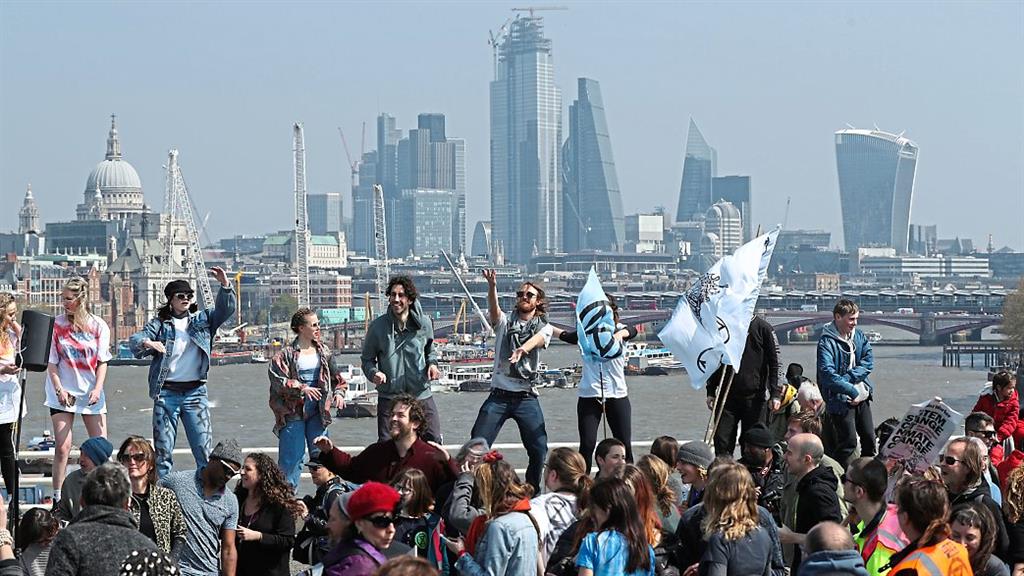 Waterloo Bridge (above) was turned into a garden bridge with hundreds of potted plants and trees after police agreed to close it off.

A sit-down protest spread across Piccadilly Circus (top) while a full-sized model of a boat dominated Oxford Circus. Parliament Square and Marble Arch (below) also ground to a halt as demonstrators filled the streets. The AA described the disruption across central London as ‘significant’. 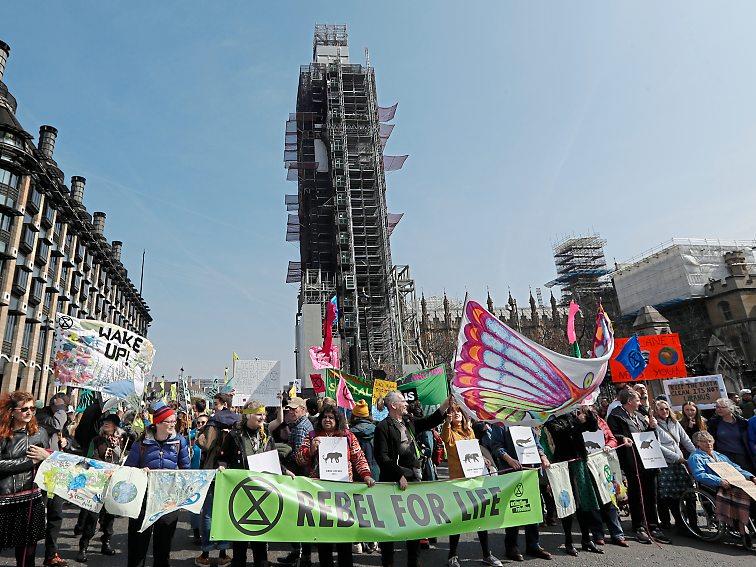 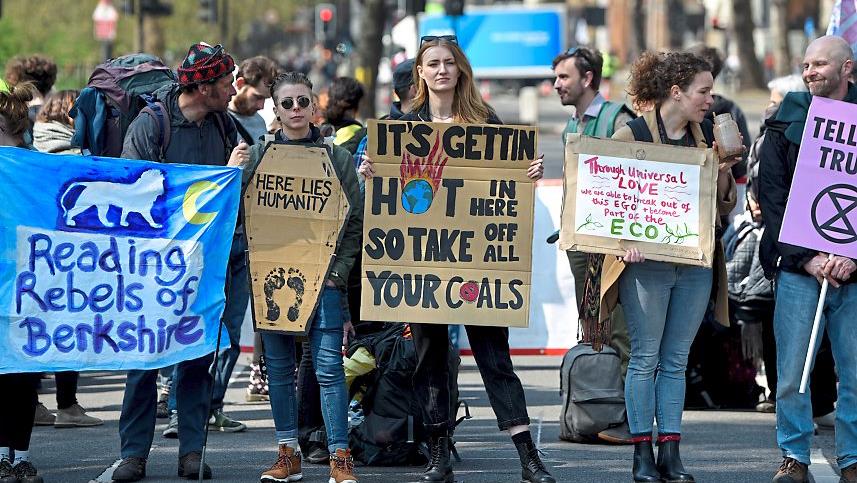 Three men were arrested after activists glued themselves to windows at the HQ of oil giant Shell near Waterloo station. Revolving doors were smashed and protesters climbed the façade to spray paint graffiti.

‘We don’t want to disrupt people, but our government’s failure over the last 30 years leaves us no choice,’ a spokesman for Extinction Rebellion said. ‘Governments prioritise the short-term interests of the economic elites so, to get their attention, we have to disrupt the economy.’

In Glasgow, protesters scaled the Finnieston Crane, while Brighton, Nottingham, Cardiff, Edinburgh and Manchester also saw significant protests. Banners were unfurled outside the Reichstag in Berlin and in Amsterdam activists were arrested carrying buckets of fake blood.

But some people accused the protesters of causing ‘needless’ disruption. Conservative MP David Davies said: ‘A rise of less than one degree, partly due to the end of the little ice age, doesn’t mean we should ban cars, flying and everything else which makes the 21st century so great to live in.’

Organisers are urging the government to declare a ‘climate emergency’ and want to see zero carbon emissions by 2025.