A GIANT octopus was ‘kettled’ on a third day of Extinction Rebellion protests in central London, which also saw a parade of women breastfeeding during a mass ‘nurse-in’.

The pink sculpture, held on poles, was surrounded by police yesterday and escorted to Trafalgar Square, the officially sanctioned protest area. Officers began taking down tents and displays set up outside the square by activists aiming to ‘shut down’ the capital. 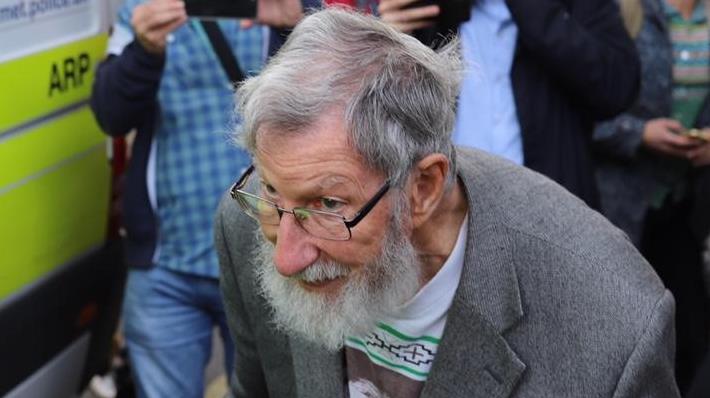 Police said six protest sites had been cleared and more than 600 people arrested, including a 92-year-old man named only as John (above).

Boris Johnson’s dad Stanley, who backs the activists, told them to take the PM’s comment that they were ‘crusties’ as a compliment. Addressing them in the square, he said his son spoke ‘in humour’.

The anti-climate change protesters have vowed to shut down City Airport in east London today in a ‘Hong Kong-style’ occupation.