THOUSANDS of Extinction Rebellion protesters brought London to a standstill yesterday as climate change campaigners began a two-week takeover of the capital to highlight their cause.

In chaotic scenes replicated across the planet, demonstrators blocked roads and bridges and chained themselves together to cause maximum disruption.

Unlike the group’s previous protest in April, police acted quickly to dismantle temporary structures. By last night they had arrested 276 people. But through sheer weight of numbers campaigners were able to outflank officers and block key sites including Embankment, Trafalgar Square and Whitehall.

The chaos came amid co-ordinated protests in more than 50 cities worldwide, including New York, Paris, Berlin and Madrid.

Among those arrested in London was 83-year-old Phil Kingston, who was filmed spraying ‘Life not death for my grandchildren’ on the Treasury building. Other sights included a ‘rebel wedding’ on Westminster Bridge and a hearse carrying a coffin bearing the words ‘our future’. The driver stopped and chained his neck to the steering wheel in Trafalgar Square but police later cut him free.

An ‘Animal Rebellion’ group seized control of Smithfield meat market, with the aim of staying overnight to disrupt traders, while others donned cricket whites for a match in Parliament Square. 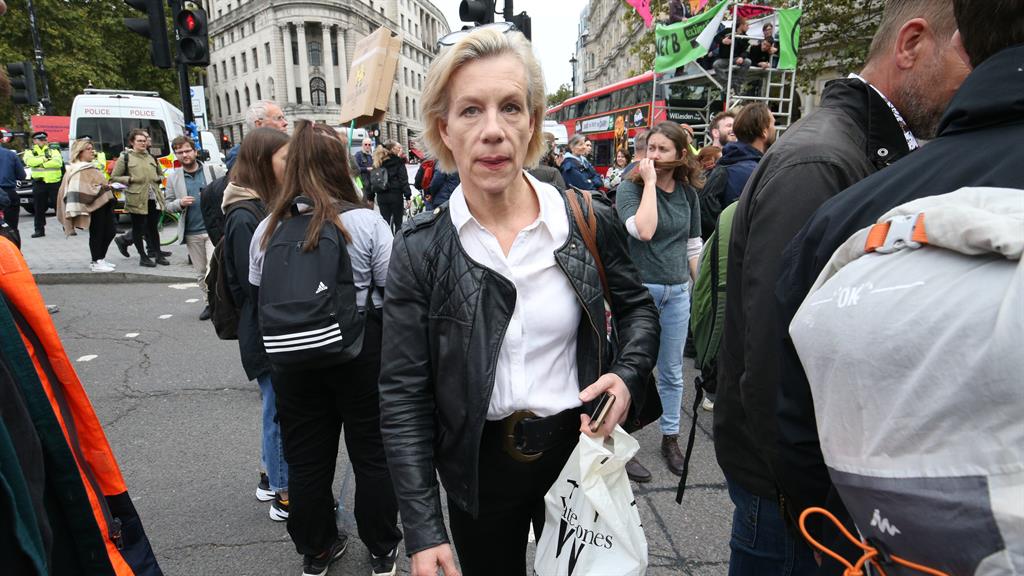 One frustrated motorist said: ‘Getting into work today was ridiculous. A 45-minute journey took over four hours.’

Campaigner George Monbiot told Sky News: ‘I totally understand about the disruption but we are really in a planetary emergency. Sorry, but we’ve got to do this.’