THROUGH a massive mouthful of one of Tel Aviv’s most popular street-food snacks I garble in surprise: ‘Mmmfff… it’s just so… meaty.’ I’m chomping on a sabich, a fluffy pitta overflowing with fried aubergine, thinly sliced potato, tahini, onions, coriander, tomato and cabbage, all drizzled with a zesty pickled mango sauce called amba.

‘See how easy it is to be vegan here?’ laughs my guide, Lainie Schwartz, who is taking me on a food tour of the area around the city’s biggest open-air market, Carmel. ‘People will end a heavy night’s drinking with one of these, or have one the next morning to soak up their hangover. Loads of people in Tel Aviv are basically vegan by accident!’

The spotlight will be shining on Israel’s cosmopolitan, buzzy beach city next month when it hosts Eurovision but I’m here because over the past few years Tel Aviv has been gaining a reputation as one of the world’s most vegan-friendly cities. It has more than 400 restaurants classified as vegan or vegan-friendly, and approximately 200,000 inhabitants who don’t eat meat, fish, or dairy products.

Lainie, a bubbly Canadian who moved here six years ago and works for Delicious Israel (tours from $90/£69pp for 2.5 hours, deliciousisrael.com), says the abundance of fresh fruit and vegetables has influenced how she, and many of her countrymen, now eat. All around are stalls heaped with the glossiest examples from strawberries to courgettes, grown locally, which Lainie credits with being part of the reason veganism has grown so fast in Israel.

‘We don’t get on that well with some of our neighbours,’ she says tactfully, ‘so we have to grow most of our own produce. Because it’s not imported, it’s much cheaper. In addition, trends spread quickly here as there’s a huge level of connectivity — a significant proportion of the population is young and informed.’

Forget anything as basic as avocado on toast (though, of course, you can get that in many of the hip cafés lining some of the city’s cooler neighbourhoods, such as Florentin or Neve Tzedek). Here, people are a little more innovative. Not for nothing is Tel Aviv home to hundreds of successful start-ups such as Waze and WeWork.

In 2013, Israel’s Domino’s was the first worldwide to offer vegan cheese on pizza. And inspired by Danish Michelin-starred restaurant Noma — which has made the traditional, meat-based Middle Eastern dish, shawarma, out of root vegetables — low-key diner Sultana is serving its version made from wood ear mushroom and seitan.

Upmarket restaurants are joining in too. Barak Aharoni, head chef of Alena at the five-star Norman Hotel (thenorman.com), admits he has had to adapt his menu to accommodate the increase in vegans.

‘But we use a lot of vegetables in our dishes anyway,’ he tells me over dinner of sensational Josper-grilled cauliflower and a zingy quinoa and mint salad, ‘so it wasn’t a big deal to make changes and experiment. It’s become the norm.’

For now, Lainie steers me on a course around the tastiest stalls in the market, such as the guy at the unnamed blue-painted stand selling kubbeh, a semolina dumpling traditionally filled with beef but here oozing mushroom and onion.

I scoop up the creamiest hummus topped with sumac, olives and chilli at Shlomo & Doron’s, who have been selling at Carmel since 1937, scoff a light, crispy falafel drenched in tahini, and even try delicious vegan gelato at Arte near Magen David Square, owned by an Italian couple.

Am I becoming a vegan by accident? I think I might be.

■ Rooms at The Savoy Hotel cost from £149 per night, savoyhotels.il/en, new.goisrael.com

Three of the best vegan-friendly restaurants in town 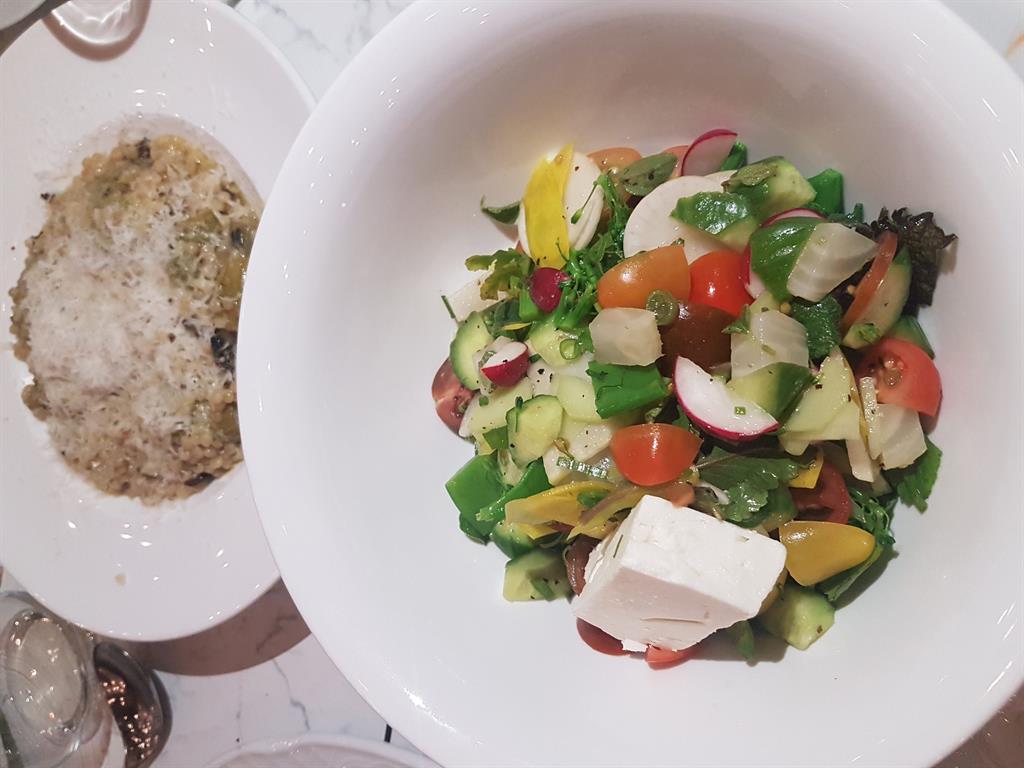 There’s no meat on the menu, just fish and vegetables (at least 25 per cent of what they use is organic), and every dish can be adapted to be vegan such as using almond cream instead of yoghurt. 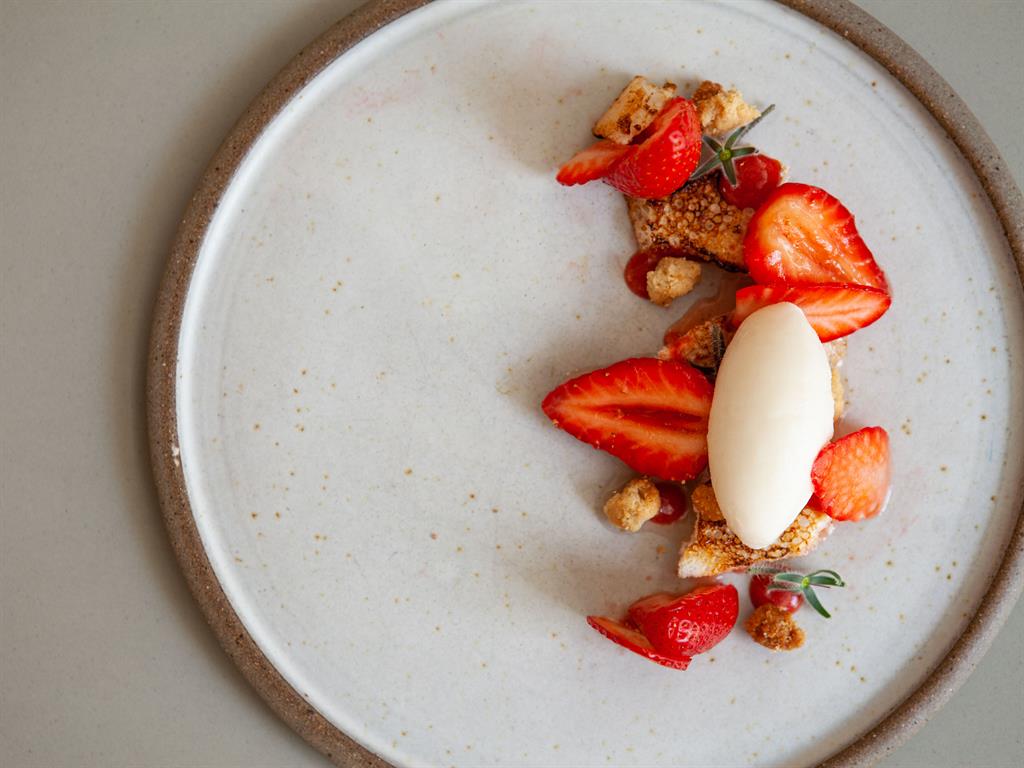 Chef Shivel Berger refers to her 100 per cent vegan menu as plant-based and uses only vegetables and fruit. There are no grains, tofu or seitan here. opatlv.co.il/en 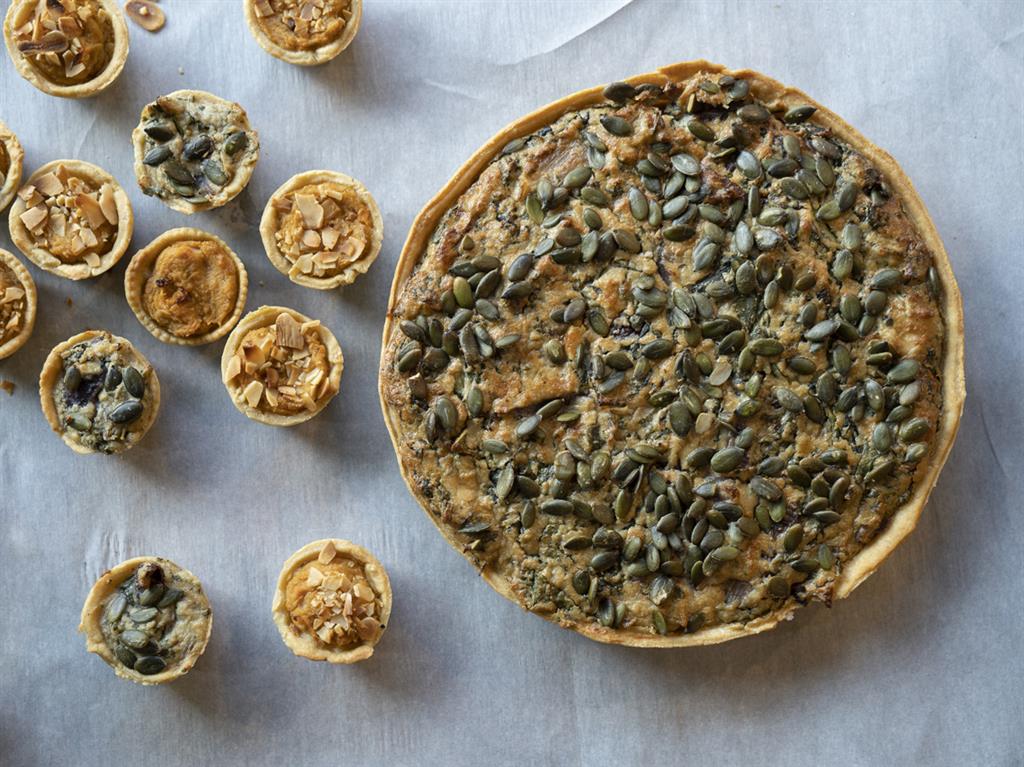 It won best vegan restaurant in Tel Aviv and specialises in home-style cooking. Owner Merav reveals that meat eaters who come here are surprised by how tasty the food is. meshekbarzilay.co.il/en

BA operates a long-haul service, including a meal, to Tel Aviv from £358 return, ba.com, touristisrael.com