A TESCO delivery driver was filmed knocking a cyclist off his bike as he rode on a cycleway.

A YouTube video shows the van turn left into the path of the rider, who was not hurt.

But the delivery driver was not charged with any offence as police could not prove who was behind the wheel at the time, said Chris Impey, who shot the clip.

Instead a court fined a shop worker £300 and slapped six points on his licence for failing to provide details of the driver.

In the footage, the Tesco employee claimed the cyclist had been in his ‘blind spot’ after the crash in Millbank, south-west London.

Mr Impey said: ‘The victim was lucky. His leg came close to being caught under the van.’ 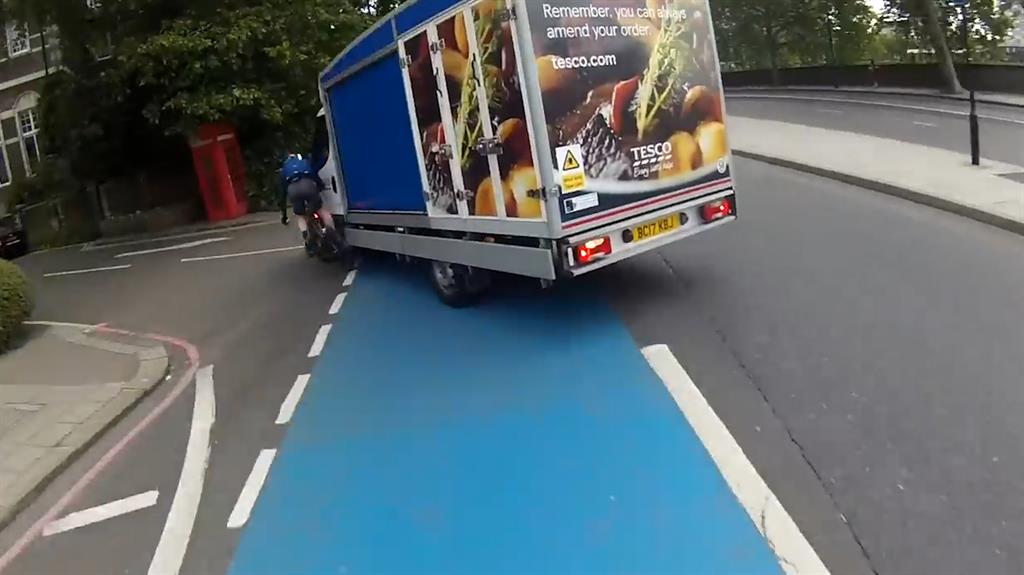 Tesco would not say if disciplinary action was taken or if the driver still worked for them.

TV host Jeremy Vine, a keen cyclist, retweeted footage of the crash and wrote: ‘No point in paint,’ a reference to the marked cycleway,