THE Prince of Wales has spoken of the significance of the 75th anniversary of D-Day, saying it was ‘probably the last chance to pay everlasting respect to these remarkable people who wanted above all to do their duty’.

Before the commemorations yesterday, Prince Charles told the BBC: ‘I will think of people all around this country whose relations took part in D-Day and will be thinking so much about their grandfathers, fathers or great- grandfathers.’

Of the importance of the Normandy services, he said: ‘I remember the last time we were there, I will never forget the determination that they still exude by being there. Being at the cemeteries and being at the commemorations.

‘They always remember their comrades and their friends and the people they had to leave behind.

‘This country lost countless special people and we owe it to them and their families to go on commemorating this.’

Charles, who attended a service in Bayeux Cathedral with the Duchess of Cornwall, chatted to D-Day veterans at the Commonwealth War Graves cemetery in France, including one who met his grandfather, George VI (pictured below). 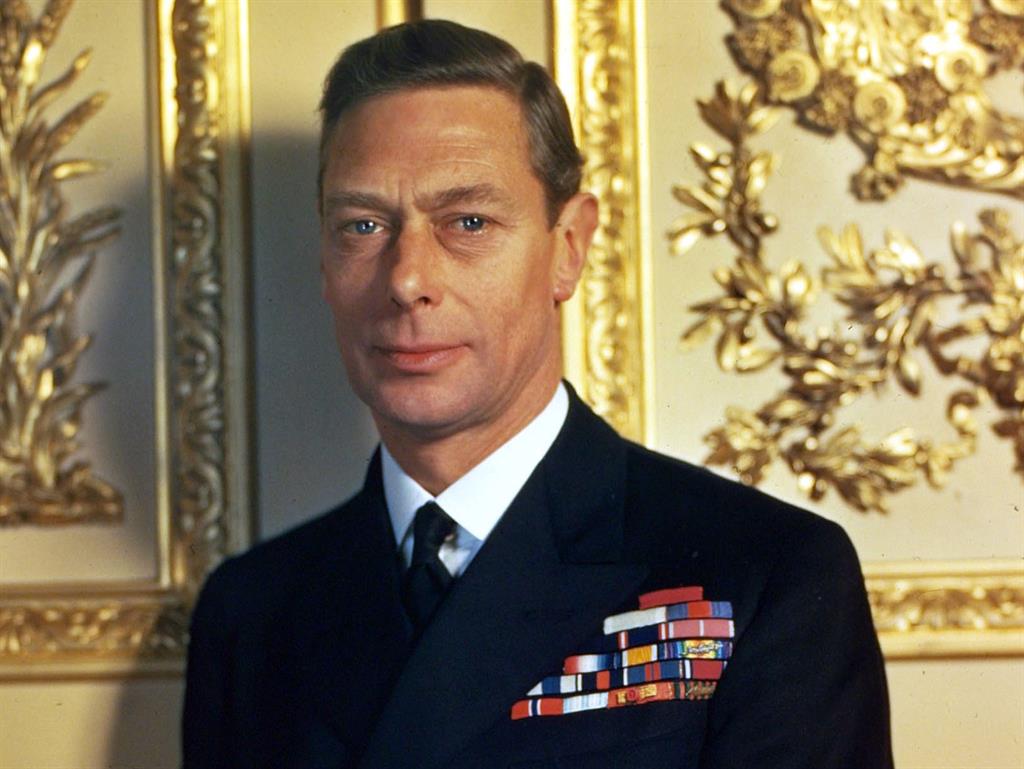 Alfred Hicks, 94, was an RAF sergeant working with the Armed Forces Filming Unit when he filmed the King inspecting preparations in Portsmouth before the landings.

He said: ‘The prince said I got a chance he never got, I got to meet his grandfather,’ and described the King as ‘a lovely man, a really nice man’.

Mr Hicks, who landed at Sword Beach on the first day of the campaign, said: ‘I wanted to get off at the beach and film the others coming in, but they then took us to the front line, and then we had to walk all the way back, it took us 12 hours.’

The Duke of Cambridge laid a wreath to those who made ‘the ultimate sacrifice’ during a commemoration service in Heroes’ Square at the National Memorial Arboretum in Staffordshire.

Prince William joined more than 2,000 people, including 20 D-Day veterans, before paying his respects at the Normandy Campaign Memorial. In a short reading, he delivered the D-Day address originally made by George VI.

He said: ‘Four years ago, our nation and empire stood alone against an overwhelming enemy, with our backs to the wall. Now once more a supreme test has to be faced.

‘This time the challenge is not to fight to survive but to fight to win the final victory for the good cause. At this historic moment surely not one of us is too busy, too young, or too old to play a part in a nationwide, perchance a worldwide vigil of prayer as the great crusade sets forth.’

Meanwhile, the Duke of Sussex praised Chelsea Pensioners who were part of the landings, saying he was ‘honoured’ to be in their presence. Harry met six veterans as he joined the Royal Hospital Chelsea’s Founder’s Day celebrations.

The duke, wearing his Blues and Royals frock coat and carrying a sword, inspected the old soldiers standing to attention on the parade ground. He shook hands with all the pensioners too infirm to stand and seated on benches lining the space.