‘MORNING!’ I nod to the sole paddle-boarder gliding across the still, shimmering bay during my sunrise swim. If I squint hard enough it could almost be Tahiti but as long-haul luxury is pretty much off the cards this summer, Torquay, located on the English Riviera, could be the next best thing — especially now it’s home to the world’s best B&B.

The 25 was awarded the TripAdvisor Travellers’ Choice Award last month for the second year running, beating establishments from as far afield as Brazil, South Africa and Cuba. I’m warmly welcomed by the owners, Andy and Julian Banner-Price, who are delighted with the double.

‘It’s the first time that’s happened in the award’s 18-year history so we’re chuffed,’ grins Julian as we sit on the terrace under swaying palm trees with a chilled glass of rosé and a homebaked brownie.

The couple bought the rundown Glenross guesthouse six years ago, gutted it, swanked it out and rebranded as The 25, a boutique, adults-only B&B in spring 2015. ‘Prior to moving here we had a country house hotel in North Wales,’ says Julian of the five-star Plas Dinas hotel in Snowdonia. ‘We were keen to downsize and do everything ourselves, from the cleaning to the cooking — we basically wanted to be in control of the whole experience. If we could only control the weather, it would be perfect.’

It’s nigh on impossible to talk about Torquay hotels without mentioning a certain landlord but the service Andy and Julian offer couldn’t be further from that of Basil Fawlty — charming, friendly and passionate about hospitality.

‘Andy’s the designer,’ says Julian. ‘He loves coming up with the ideas for the rooms and I just make things happen.’

Each of the six rooms is individually decorated with flashes of colour and quirky objets d’art, like Simon the Swan, a glorious feathered swan trophy.

‘If you’re after 50 shades of cream, then maybe we’re not the B&B for you,’ he grins, nodding at ‘Joseph’, the rainbow-hued mannequin in the lobby. 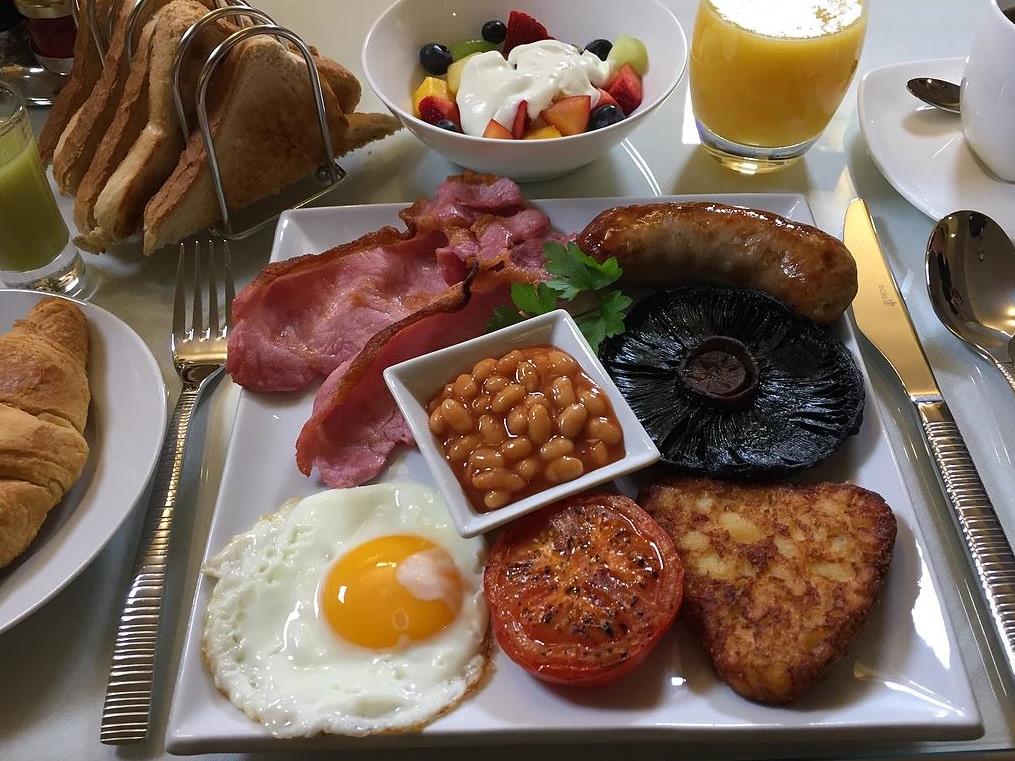 I’m staying in Shoalstone, their new suite, which has a sparkly midnight-blue feature wall with huge silver velour headboard. All rooms have smart technology for lighting, music, movies and TVs, plus Nespresso machines, iPads, fridges and Andy’s home-baked treats left under a glass cloche each day. But it’s details like blackout curtains and mist-free mirrors in the bathroom, and Elemis lip balm and pillow spray by the bed, which show an elevated level of care.

Of course, in these Covid times, Andy and Julian have taken every precaution to make guests feel safe. Right down to breakfast, which is staggered for social distancing. As a B&B breakfast aficionado, it gets a high ten from me. There’s a virtual buffet — a printed sheet with photos — and I opt for Andy’s granola with homemade coconut yoghurt and fresh berries, followed by a majestic full English (Julian’s domain) with sausages from locally reared pigs, crispy bacon and perfect poached eggs. 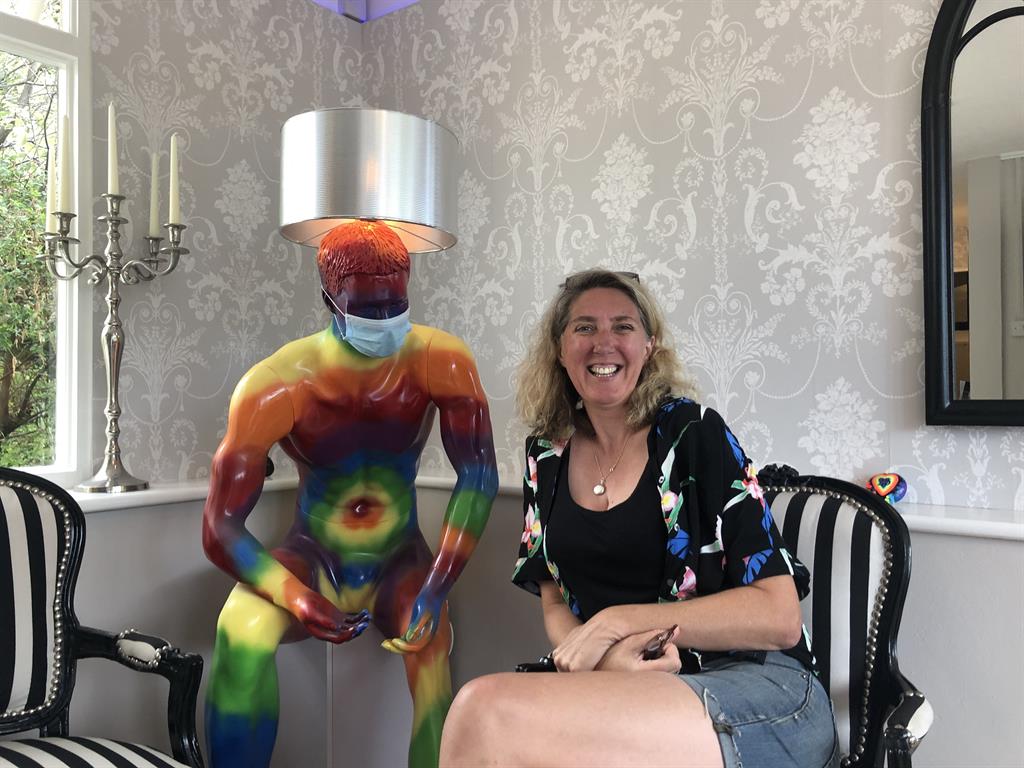 As for Torquay, it’s come a long way since Basil’s day. Wander through the Torre Abbey Museum and down to the beach. A palm-lined promenade sweeps around the bay to the harbour, now home to acclaimed restaurateur Mitch Tonks’ Rockfish. While it’s pleasantly buzzy, it’s without the usual hordes that flock to the riviera every August. Who needs Tahiti, anyway?

■ Doubles from £179, including breakfast and parking, the25.uk