WE’RE nearing midnight on the Alpen Express, an overnight sleeper train from Amsterdam to Lech am Arlberg, a picturesque ski resort in the Austrian Alps that wouldn’t look out of place on a Christmas card.

But perhaps ‘sleeper’ is the wrong term here because, having gone in search of a quick nightcap, I’ve now stumbled into the bar on the train — and it’s no ordinary carriage. There are disco lights. Europop remixes of Beatles classics are blaring through the speakers. There’s a conga line snaking round the small, enclosed space. And a chap in front of me has just ordered 11 beers, along with five shots of a German liqueur called Flügel.

This is not what I expected from the overnight ski train, particularly considering I spend the first four hours chatting to the perfectly pleasant 80-year-old Dutch man who’ll be sleeping opposite me tonight in our five-person berth. I’ve gone to the bar for a quick pint of beer and, arm in arm with a stranger, have ended up singing the words to a dance remix of Let It Be. It’s good preparation for the Austrian après-ski, at least.

It’s been a long old day. I start with the 11am London-Amsterdam Eurostar so I can board the Alpen Express at 7pm and arrive in Lech Zürs ski resort by 10.57am the following day. I’m far from the only person choosing trains over planes with the environment in mind. The Swedish word for flight shame, ‘flygskam’, is now known worldwide, while more than 23,000 people have committed to the ‘Flight Free 2020’ pledge of Swedish activism group We Stay On The Ground (westayontheground.blogspot.com). I meet people from all over Europe who are on board the Alpen Express to assuage their plane guilt. 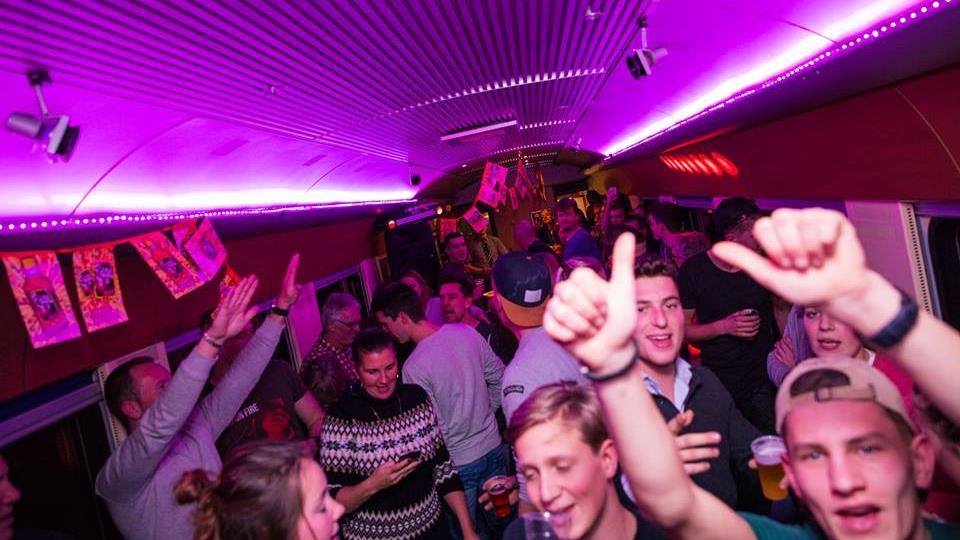 Skiing is reliant on snow, snow is reliant on the cold and 2019 was the second hottest year on record. Climate change has the potential to kill the skiing industry. Currently in the Alps there’s reliable snow at altitudes over 1,200m (the average elevation of a ski town) but research by Deutsche Bank predicts this snow line will rise to 1,500m by 2030.

Lech Zürs is between 1,300m and 2,811m. After a week of skiing beneath beautiful blue skies here, I hop on a train to go two hours west to the lower resort of SkiWelt.

SkiWelt’s 284km of piste are set between 800m and 1,965m. The resort has sustainability at its core and has received a flurry of awards for its environmental efforts, including being named Ecological Ski Resort Of The Year in 2017. There’s certainly no lack of snow on my ski days there. If anything, the problem is seeing through the stuff as it falls. When the skies do clear, they open up perfect panoramas of the mountains around, the Wilder Kaiser being the crown jewel of the area. SkiWelt’s gateway towns of Kufstein and Wörgl are the first two stops of the morning after a night on the Alpen Express, and a fair few wake up early to disembark and ski there.

The benefits of the train seem obvious. A London-Paris Eurostar journey emits 90 per cent less greenhouse gas per passenger than the equivalent flight. Sure, it takes a bit longer, but if you’ve got the time, what better way to spend it than taking a scenic trip through the Austrian mountains?

The main downside is the price. While flights from London to Munich go for as little as £50, a ticket for the Alpen Express is roughly double that. Germany has recently announced it’s cutting long-distance rail fares by ten per cent, however, and Austria has promised to increase its rail networks and raise taxes on flights.

The hope for the climate anxious is that this is just the start of a sweeping move along the right tracks. Even so, nothing seems to be putting off the carriages of people boarding the Alpen Express, which transports skiers to the Austrian Alps each Friday night –Europop, conga line and all. 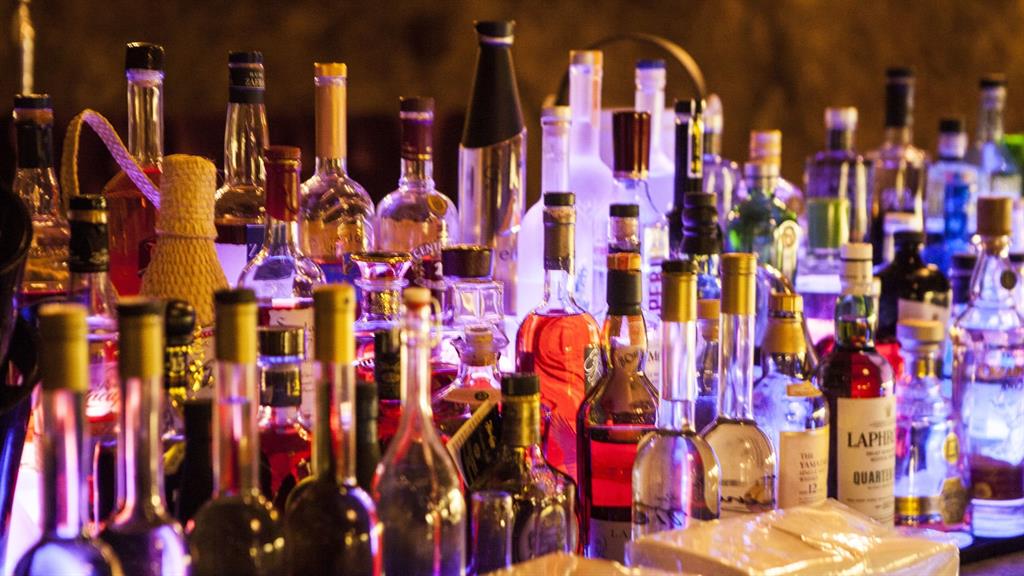 A speakeasy-style gin bar in a cave beneath Kufstein, Stollen 1930 became the Guinness world record holder in 2014 for ‘the most varieties of gin commercially available’ with 527 varieties — they now have over 1,000. You won’t find a cooler hangout. auracher-loechl.at/en 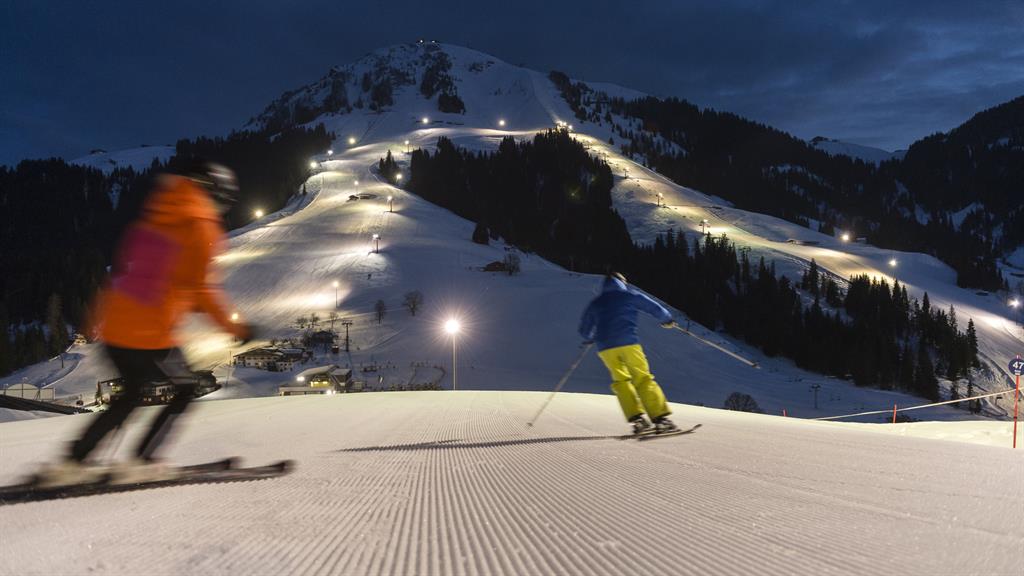 After the slopes have shut, the skiing at SkiWelt keeps going. The resort keeps a couple of runs at Söll open for night skiing under the floodlights. And the best part is that the pisters run over each piste first so they’re perfectly groomed! From £12pp, skiwelt.at/en 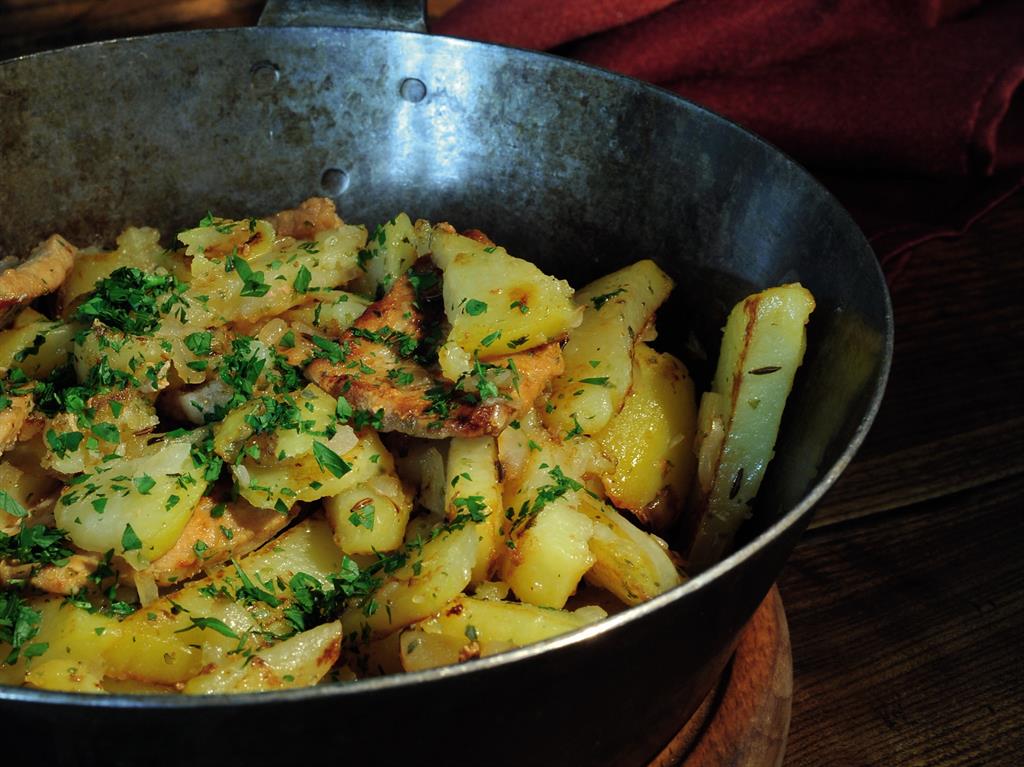 Austrians are carb kings. Try käsespätzle, the mac ’n’ cheese of the mountains; Tiroler gröstl, a mix of fried spuds and meat; kaiserschmarrn, a scrambled sweet pancake; and, yes, fondue. Most are available at Stoecklalm restaurant at the foot of Hohe Salve. stoecklalm.com