Two important New York institutions are under the spotlight at the moment. Firstly, the newly expanded MoMA (Museum of Modern Art, moma.org) unveils itself today. A grand total of $450million (£350m) has been spent on creating 47,000sq ft of extra space in a striking steel-and-glass extension by design studio Diller Scofidio + Renfro, in partnership with Gensler, at its Midtown location between West 53rd and 54th streets. 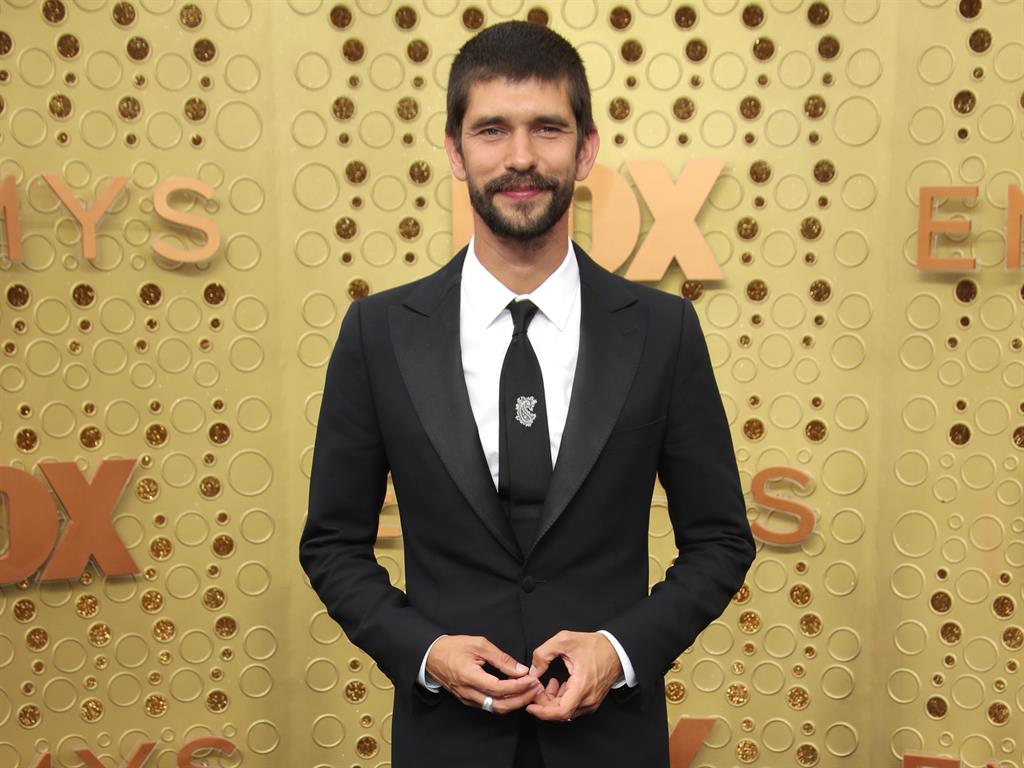 While it will still exhibit work by the greats — Warhol, Picasso, O’Keefe, Pollock and more — there will be a sharper focus given to lesser-known artists, while works from different eras and places, as well as in different media, will be shown side by side. And for the first time access to some of the museum, including the sculpture garden, will be free.

Secondly, one of Sweden’s most-respected galleries, Fotografiska, opens in December on Manhattan’s swanky Park Avenue (fotografiska.com/nyc/). It marks the first major opening of a cultural museum in the city since 1977 and its remit is, of course, photography.

Among the artists who will be featured in the opening exhibitions are fashion photographer Ellen von Unwerth and expressionist Tawny Chatmon.

‘Fotografiska is unlike any ordinary museum and we’re excited to bring our vision to New York,’ says co-founder Jan Broman. ‘Our exhibitions will explore how great photography communicates across borders, boundaries and languages.’

Hotels spring up here like mushrooms but one of the sleekest is the new Moxy East Village (rooms from $124/£98pn, moxyeastvillage.com). Right at the heart of one of the most bohemian neighbourhoods in the city, it’s opposite legendary venue Webster Hall, which has played host to rock bands including Aerosmith and Guns N’ Roses.

‘The 286-room, 13-storey hotel has been designed by the Rockwell Group to evoke the artistic and musical vibe of the Village,’ explains Mitch Hochberg of Moxy’s development company, Lightstone. ‘You can borrow a turntable and a selection of vinyl for your room, or eat in our restaurant, Cathédrale, which echoes the look of legendary music venue Fillmore East.’

Artworks line the public spaces and the hotel even has its own lounge, Little Sister. If you get the munchies, meander to the new site of 1940s Essex Street Market (essexmarket.nyc), which unveiled its stylish premises a few months ago. Part of the futuristic Essex Crossing development, it’s 15,000 sq ft of food heaven, bursting with bakeries, delis and stalls, serving everything from arancini (deep-fried stuffed rice balls) to cupcakes.

A New York bar topped the World’s 50 Best Bars list in 2016 and this year another one has taken the crown. Greenwich Village’s Dante (dante-nyc.com) opened as Caffe Dante in 1915 and was popular with Italian immigrants. It was taken over in 2015 by Aussies Linden Pride and his wife Natalie Hudson, who have maintained its popularity and the focus on serving fantastic food and drink. 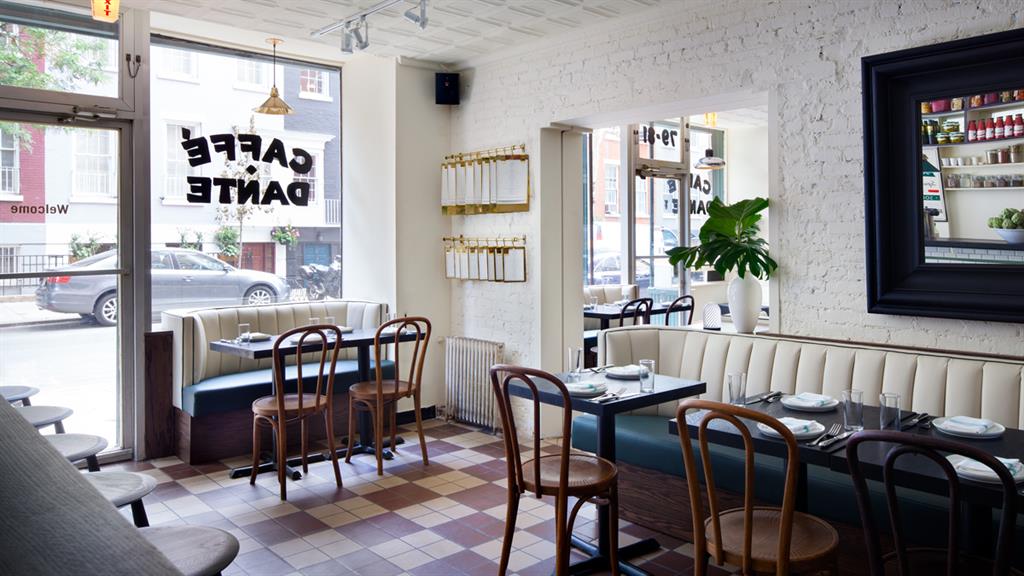 ‘Everything we touch, we want it to be great,’ says Pride. ‘We treat our guests as if they’re visiting us at home. I think that’s part of why we won — people don’t always remember what they may have eaten or had to drink but they always remember how you make them feel.’

Try their Garibaldi cocktail — Campari and orange juice — or their crowd-pleasing Negroni.

One of the most incredible structures to be built recently in Manhattan is The Vessel, a copper-coloured, honeycomb-shaped landmark at the Hudson Yards development by British designer Thomas Heatherwick (hudsonyardsnewyork.com, free). Climbing its 154 interconnected staircases gives you different perspectives on the Hudson River and the city.

Close by is avant-garde venue and performing arts space The Shed (theshed.org). designed by MoMA’s Diller Scofidio + Renfro and Moxy’s Rockwell Group. Since its opening in April it has attracted artistic celebrities including singer Björk, actor Ben Whishaw and film director Steve McQueen. 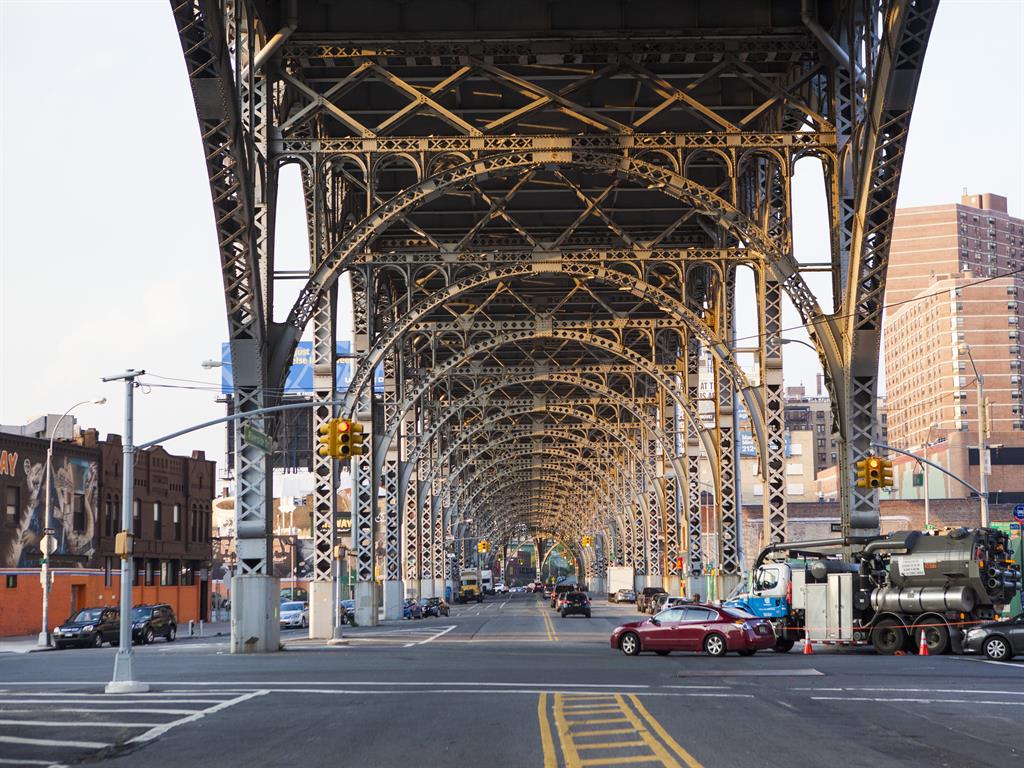 On a smaller scale, the new Statue of Liberty museum on Liberty Island (nps.gov/stli) is a slick stone-and-glass construction housing three interactive galleries that tell the story of the statue.

■ Invest in a CityPASS as it gives you free or discounted access to some of NYC’s top attractions, including the Empire State Building, the Guggenheim Museum and the Metropolitan Museum of Art. From £109pp, citypass.com

■ Check free magazine Time Out New York for regular listings of what’s free to do in the city. On any given week that could include stand-up, cabaret nights, exhibitions and festivals. timeout.com

■ Explore the city with a tour company that lets you pay what you like. Free Tours By Foot cover most of NYC’s more interesting neighbourhoods, from Brooklyn to Harlem, and offer food tours as well as general walking tours. freetoursbyfoot.com