‘SIDE! SIDE! Side!’ come the increasingly frantic shouts as I try to dart out of the path of the oncoming hordes. If you want to take the pulse of a city, head to its commercial hub.

It’s 6am and I’m wandering, disorientated and entranced, around Pettah, Colombo’s sprawling, hectic fruit and veg market. Scores of porters dash around with crates and sacks of produce on their shoulders, their yells making clear they have no time for numpties like me who are standing in the way of their next delivery (and therefore pay packet). Laid out in piles along alleyways and in stalls are hundreds of foodstuffs, from smooth-skinned king coconuts to warty bitter gourds. Cricket ball-like wood apples, spiny soursop, plantain, mangosteen, pineapple and more release their scent into the air; the smells, sights, sounds and general chaos are mind-boggling.

Based on the evidence of the throngs of buyers and sellers, I’d say Sri Lanka’s capital is thriving. The glimpses I catch of the astounding amount of building work going on during a tuk-tuk tour of the city (£23pp for two to three hours, subagaman.com) is further proof. Luxury apartment blocks shoot dizzyingly into the sky while on the waterfront by the famous stretch of green at Galle Face, a new multimillion-dollar project, Port City, is rapidly reclaiming land on which to set hotels, homes and shops. 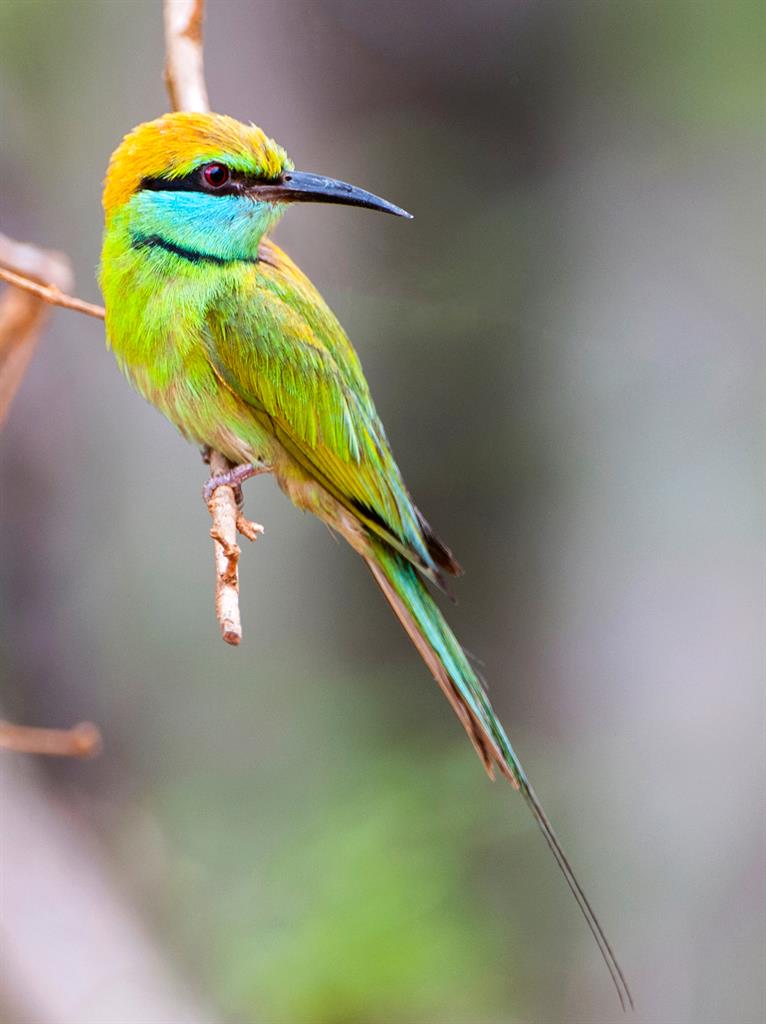 On Easter Sunday this year, however, this lush little island, which dangles like a teardrop off the south-eastern coast of India, suffered a horrific blow. On April 21, terrorists bombed churches and hotels, killing 259 people and injuring more than 500.

Two years ago, on my first visit to Sri Lanka, I stayed at one of those targeted hotels, the Shangri-La. Returning to see the staff who were so kind during my stay, I find them determinedly going about their daily routines. A memorial garden is being planted in the grounds, while an altar to those they lost sits poignantly in the lobby.

Things elsewhere have changed, however. Cars are stopped before being allowed through gates, and guests are scanned and searched, airport security style. There is a visible presence of armed police on the streets but most people find this reassuring rather than alarming. 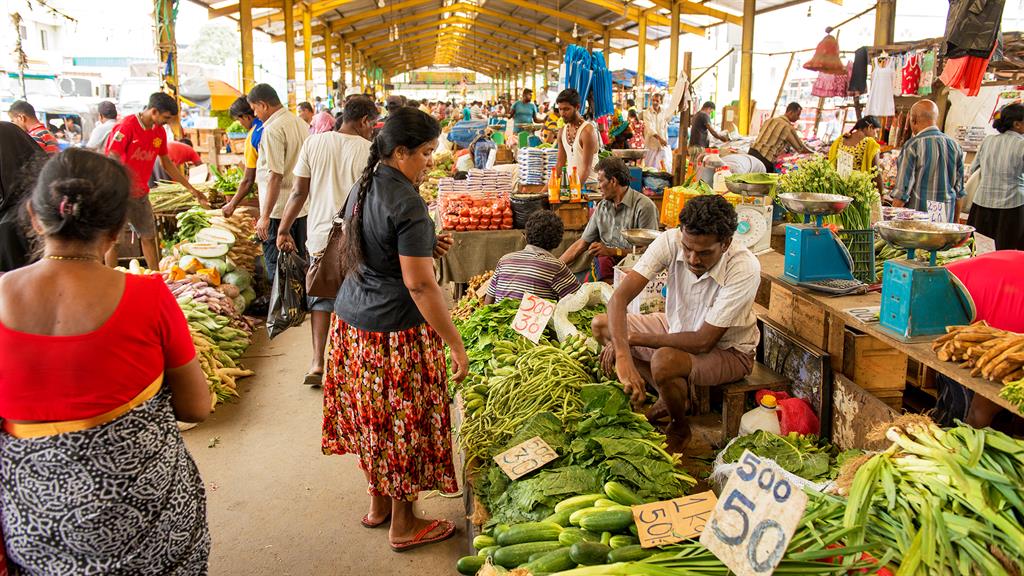 ‘Well, we’ve been through this before,’ sighs Thushni da Silva from specialist operator Experience Travel Group, with whom I’ve arranged my week-long trip to the island. ‘We were hit by the tsunami in 2004, we’ve suffered civil war [1983 to 2009] — we’ve had to be resilient. You carry on as best you can.’

We’ve met to discuss my itinerary at one of the bars around the Dutch Hospital, a popular eating district set in the remains of a 17th-century hospital built during Dutch colonialism (Sri Lanka was also colonised by the Portuguese and the British).

After Colombo, I’m heading to the rural north-west. Most visitors flock to the beaches along the south coast, the tea plantations and the central cultural triangle, which includes Sigiriya rock and Dambulla cave temple. Two days later I’m driven four hours to Anamaduwa to explore the region’s teeming nature. Home for the next three nights is the Mud House (£148pp, themudhouse.lk), a charming ecolodge set within deep forest, where I’m greeted by the screeching sound of peacocks, which roam around as if they own the place.

More birdlife is on display the next morning as I go out at the crack of dawn with the lodge’s naturalist, Douglas, who points out the fabulously named black drongo, as well as spotted doves, green bee-eaters, woolly necked storks and the pendulous nests of the weaver bird. That night, after dinner, Douglas leads me through pitch-black pathways illuminated only by dancing fireflies, armed with a special torch. 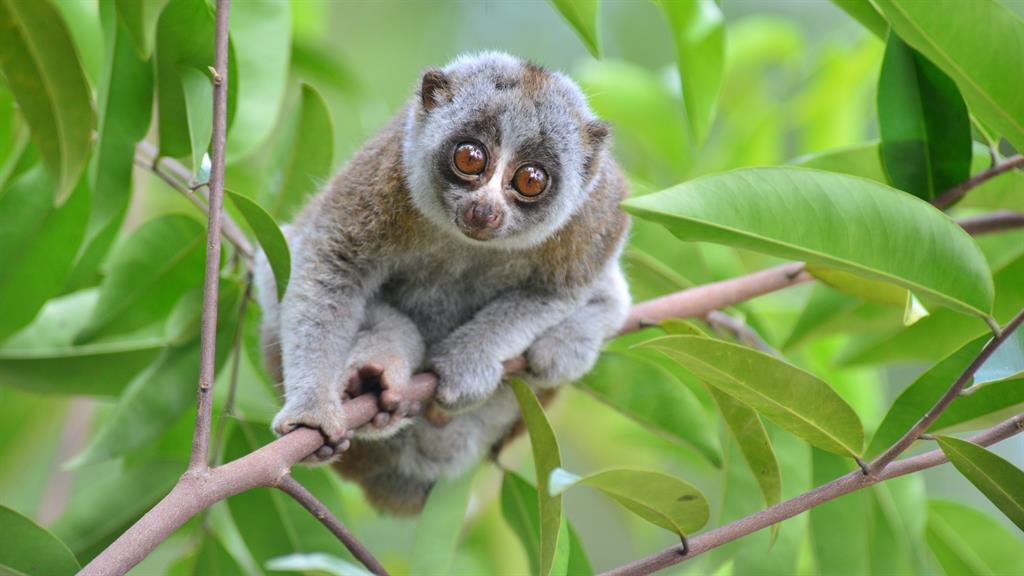 ‘Look!’ he stage-whispers, gazing up into a tree. Two massive, unblinking, brown-rimmed eyes stare into mine, surrounded by grey and white fur. It’s a rather shy loris, a nocturnal primate that likes to hang out in woodland and is one of the most adorable creatures I’ve ever seen. 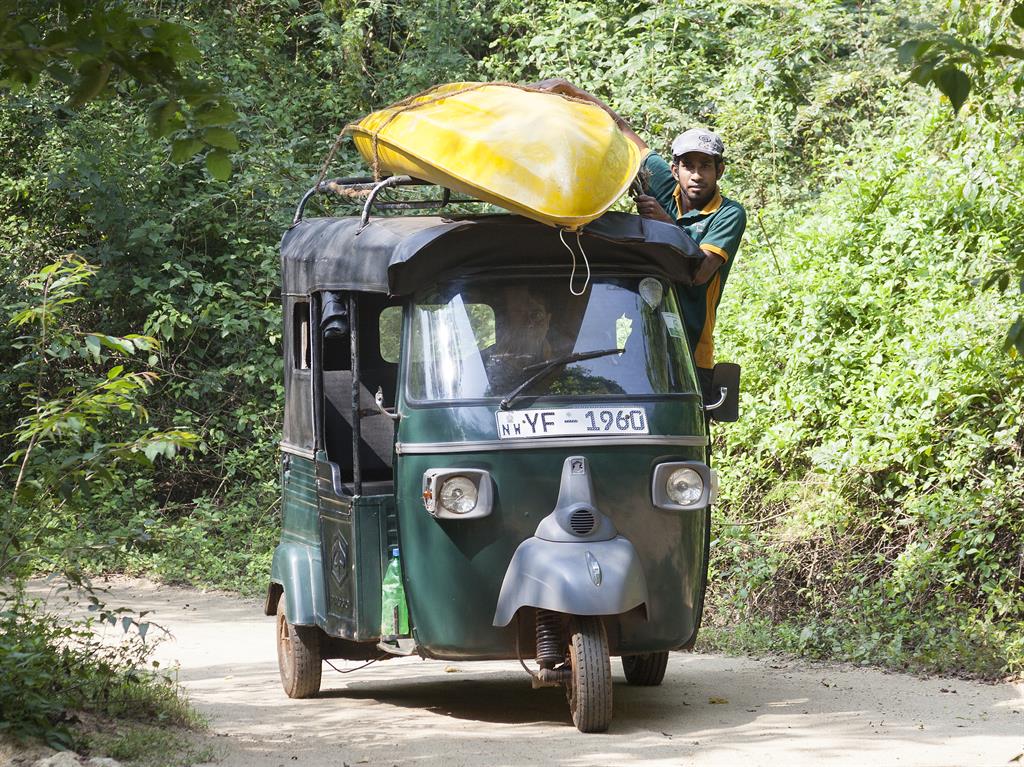 I have a less successful wildlife encounter when I move on to Wilpattu, the country’s biggest national park. Three of its most important residents are the shambling, endearing sloth bear, elephants and, most excitingly of all, leopards. Alas, the night before my expedition it’s been raining hard and, as my guide Seran explains, ‘now the animals don’t need to go out to look for water.’

We do, however, spot some cheeky grey langur monkeys hurling themselves between branches, a couple of slow-moving crocodiles, a playful group of mongooses, and plenty of spotted and sambar deer. Then Seran’s beady eyes focus on some paw prints in the earth: a leopard’s.

Unfortunately, that’s as close as I get to these magnificent creatures. Next time, Sri Lanka. Next time. 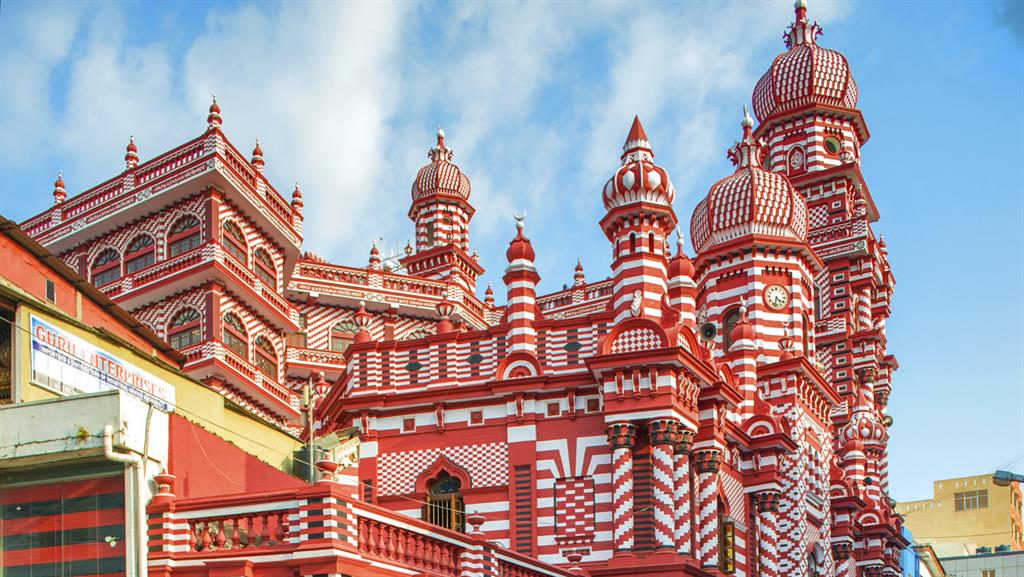 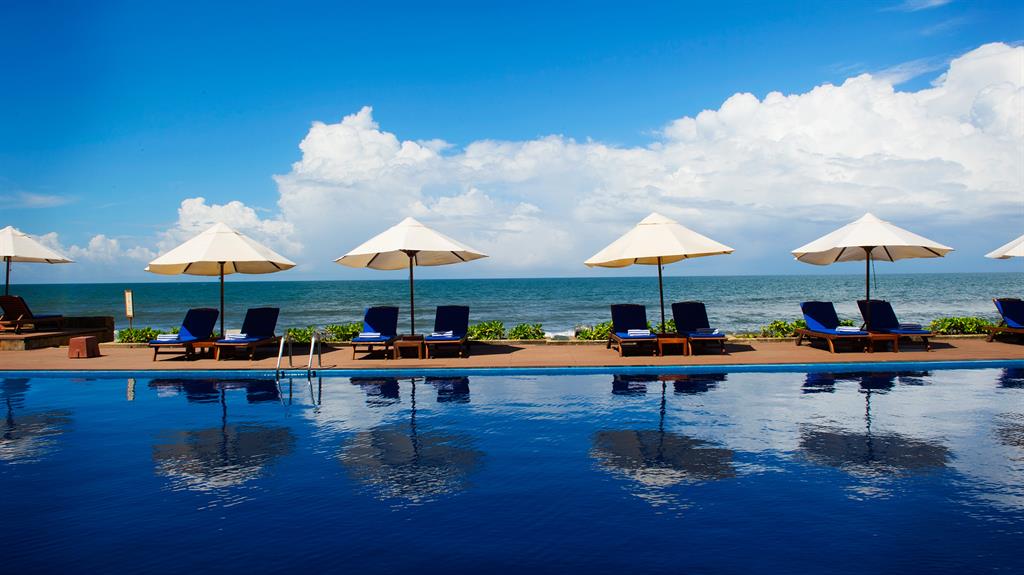 Order a sundowner at The Traveller’s Bar in the elegant Galle Face Hotel and witness the nightly ceremony where a bagpiper accompanies an official to lower the flag from the pole located in the gardens by the sea. gallefacehotel.com 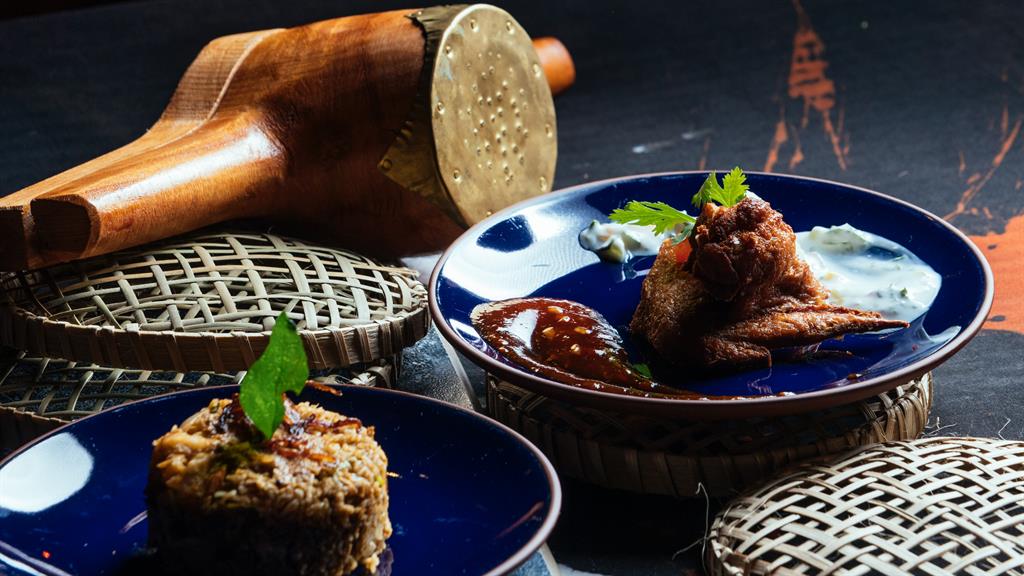 Take a journey through Sri Lankan food history with a seven-course meal at Culinary Ceylon, by the Dutch Hospital. You’ll taste classics such as chicken lamprais and pol roti, and learn about their influences and origins. £58pp, culinaryceylon.com

Step up to the temple 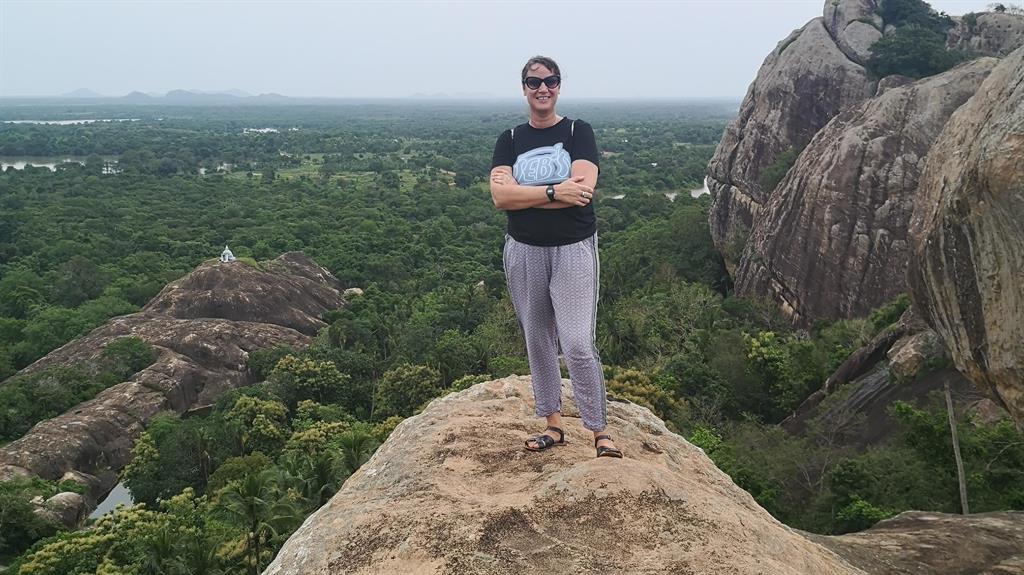 Climb the steep steps up to the Paramakanda Temple, near Anamaduwa. Dating from around 103 to 77 BC, it sits next to a handful of vast rocks. From atop them you’ll get a magnificent view of the surrounding rice paddies and villages. 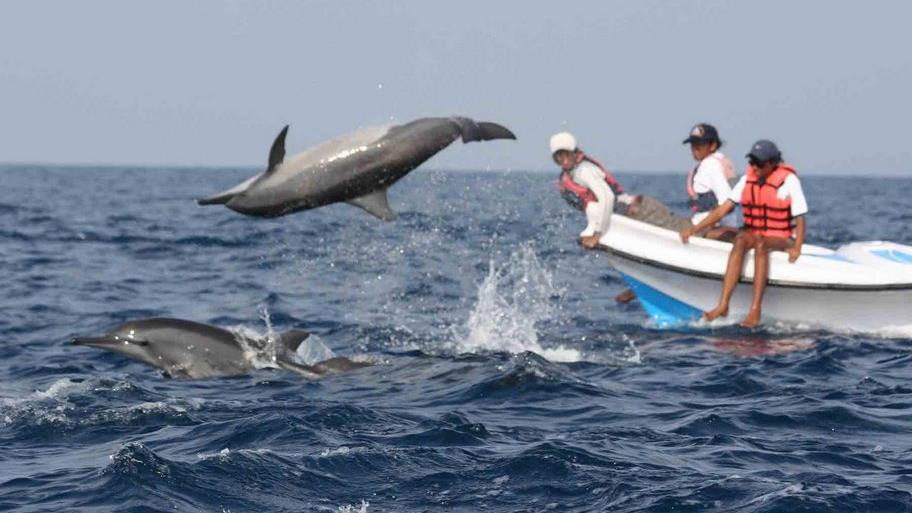 Go dolphin-watching at Kalpitiya, a beautiful beach haven. The charming Dolphin Beach Resort organises excursions where, from November to March, you’ll see not only dolphins but orcas, blue whales and minkes. Price on enquiry, dolphinbeach.lk