FEW places have a stronger association with hip shaking than club-happy Ibiza. And now you can fine-tune your pirouettes, promenades and fan kicks on the Balearic island at an expert-led luxury dance retreat.

As well as performances throughout to keep you inspired, each day will be filled with workshops – and two private lessons – in salsa, American smooth, tango, bachata and kizomba. Say what now? 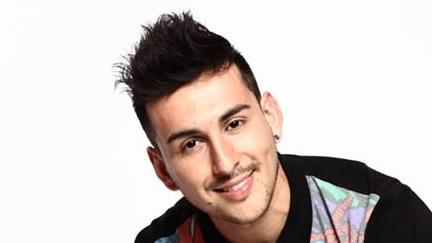 Among the instructors is Juan Soto (above), previously seen in Sky One’s Bring The Noise and a former Spanish national salsa champion, and Gigo Koguashvili, who has performed in West End musicals such as Dirty Dancing, Grease and The Force Of Destiny. They know what they’re doing, in other words.

There’s time for a complimentary massage too. Following class, evenings are spent devouring Mediterranean-style buffets on a garden terrace and, for die-hards, brushing up on skills and technique through social dancing and specially curated workshops.

The base is swanky Casa La Vista, a 300-year-old private hilltop villa, crisply white-walled and secreted away in acres of fragrant pine forest on Ibiza’s quieter north coast. Glorious Mediterranean sea views are available from its outdoor pool and verandas. And absolutely anyone may attend.

‘Even those with two left feet can come along,’ says Noordeen. ‘Classes will be adapted to suit all levels.

eginners and experts alike are welcome.’ She guarantees teachers will show patience, encouragement and enthusiasm at all times.

The retreat starts at £1,750 per person, including all meals and classes, airport transfers and the massage.

That one starts at £1,850 per person with the same inclusions, plus yoga, pilates and hikes.