GARY ZORN doesn’t suffer fools gladly. ‘You missed four grizzlies while you had your camera pointed at that damn eagle,’ he says, cutting the engine of the boat and leaving us adrift near a log jam. I crumple slightly. Bears are why I’m here in west Canada, and while I’ve been blessed with golden eagles, some tail-slapping beavers and plenty of honking Canada geese, I’ve not yet clapped eyes on a grizzly.

I’m deep in British Columbia’s remote Cariboo Mountains, where I’m one of the first guests at a brand new floating ‘glampsite’, the only one of its kind in Canada. Moored on Quesnel Lake (considered the deepest fjord lake in the world), it’s run by Eco Tours BC — a company owned by Peggy Zorn and her husband Gary, an ex-hunter turned guide known as The Bear Whisperer due to his special relationship with the Cariboo’s numerous grizzlies.

The camp is small but comfortable and holds two smart safari-style tents containing double beds and compost toilets, affixed to a floating platform about 20 metres from the shoreline. The shower’s not quite in service yet but there’ll soon be a permanent cook’s station, two more tents and a place to shelter from the cold. It’s not luxurious but, given the Zorns operate almost exclusively in an area the size of Switzerland, spending the night here puts you deep into a place few humans ever get to go. 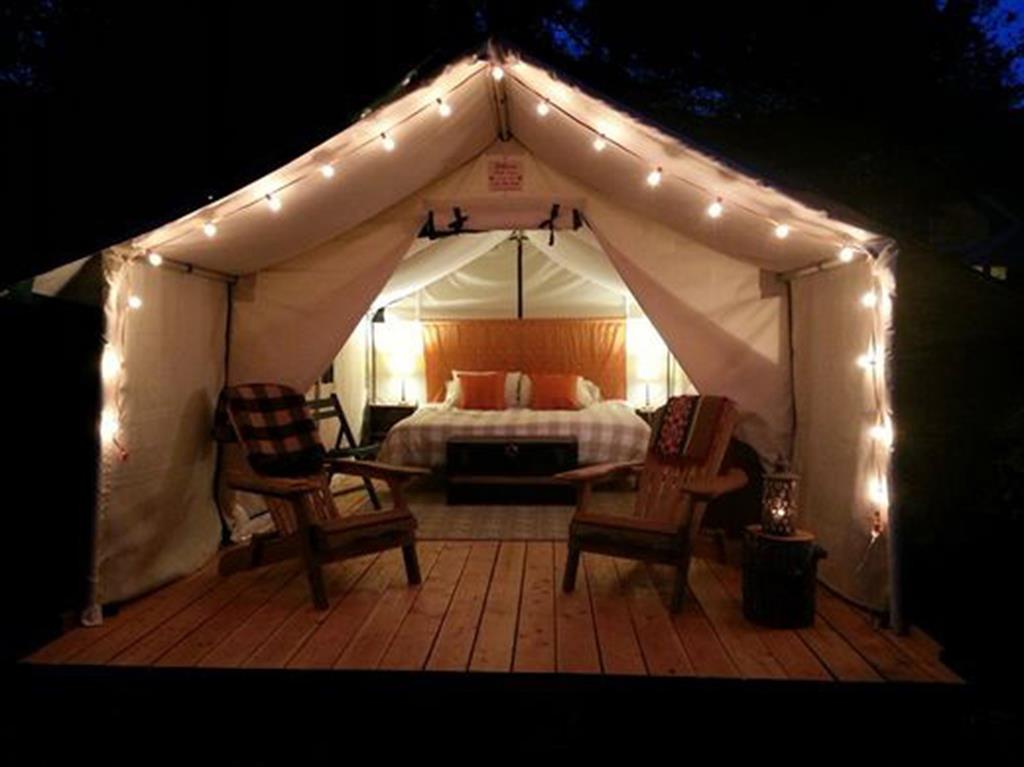 Each dawn Gary and I head out on the boat through the Mitchell River system, a mist-bloated place where garlands of lichen hang wet and heavy from centuries-old red cedars and colossal bull moose crash through the forest. This interior rainforest also has its very own climate. Nearby ice fjords can whip up biting temperatures and driving rain so I cloak myself in an armour of rain-gear and thermals.

Out at the logjam I peer down into the water and see it’s ablaze with scarlet red. It’s sockeye salmon, heaving hordes of them, ploughing steadily upstream on their migration route to spawn. Gary hops into the water, waders almost up to his chin, and pulls the boat silently through the shoals.

‘There are a lot of animals stuffed into this valley,’ he whispers. ‘Some are easy to get along with, some not. We will come across aggressive animals so just do what I say.’

As we drift, huge bald eagles float down on to witchy tree branches, the screech of stellar jays fills the air and the scent of dead fish floods my nostrils. There are bodies everywhere, torn apart by bears — a riot of decimated fish guts, the red roe splayed across the riverbed like mould. Gary picks his way around the carcasses until, suddenly, he stops. It’s a sow, with two cubs, fishing by the river. We float unobserved for a few minutes, hidden from the bears by the fronds of corkscrew ferns, before they catch scent of us and crash off into the forest.

From here, the bears come thick and fast. As we meander upstream, a huge male crosses the river in front of us, his hulking body like a small ship in the water. We spot another sow with cubs, fully submerged and fur almost black, feasting lustily on salmon. A few minutes later, another mum and cub come into view, the cub scarpering up a lodgepole pine before stopping halfway up to peer at us inquisitively.

‘It’s a zoo out here today!’ says Gary, ‘wild and woolly.’ As we push on past the next river bend, we’re greeted by a huge silver-tipped grizzly on his hind legs, a cherry-red salmon wriggling violently in his jaws.

Gary spends his life with these bears. He knows them by name, he can second-guess their behaviours. But I want to ask him about his history in the hunting business.

‘I started hating it,’ he says. ‘I hated the idea of trophy-hunting lodges. I hated that people would come to kill things rather than experience nature and be in the wild. When we set up Eco Tours BC, people laughed at me. They said it would never work. But I’d just tell them, “This is the future” — and look where we are now.’

Later that night as I’m tucked up in bed, I wake to the sound of unholy wailing. It’s almost like whale song, a cacophony of sound rising and falling like a mob of ghouls. 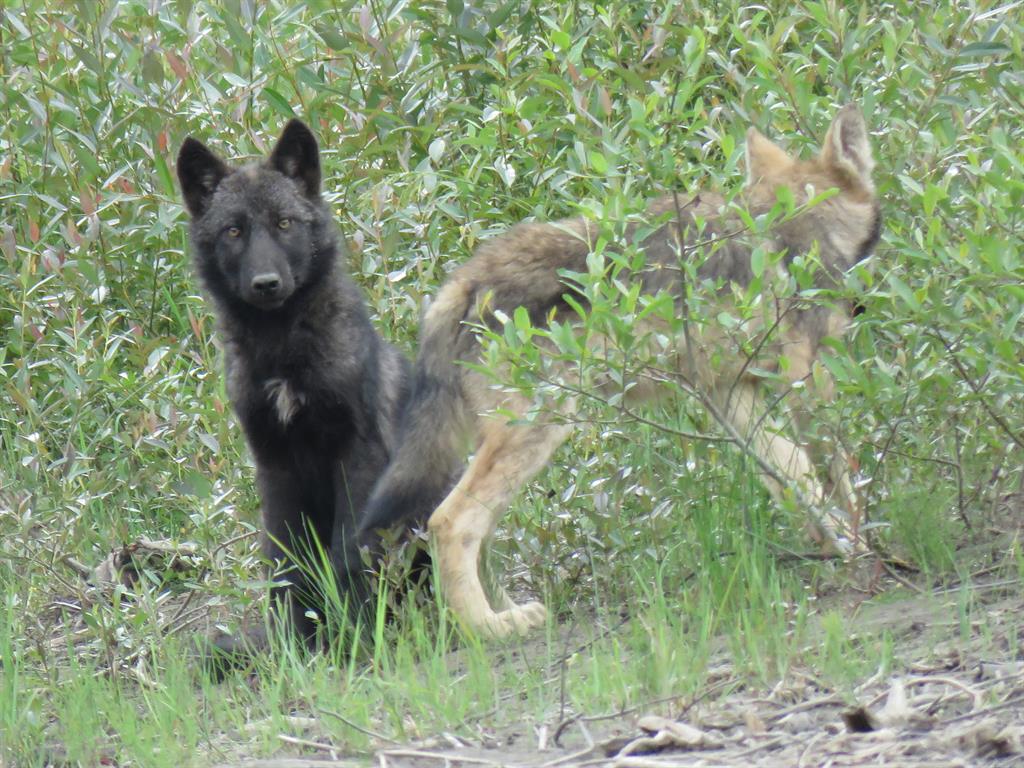 ‘Lizzie!’ whispers Gary from his tent. ‘It’s wolves. They’ve made a kill.’

I smile in the darkness as a sizzle of adrenaline snakes its way up my spine. ‘Wild and woolly,’ I think.

■ A four-day trip with Eco Tours BC start at £1,026 per person. ecotours-bc.com; hellobc.co.uk 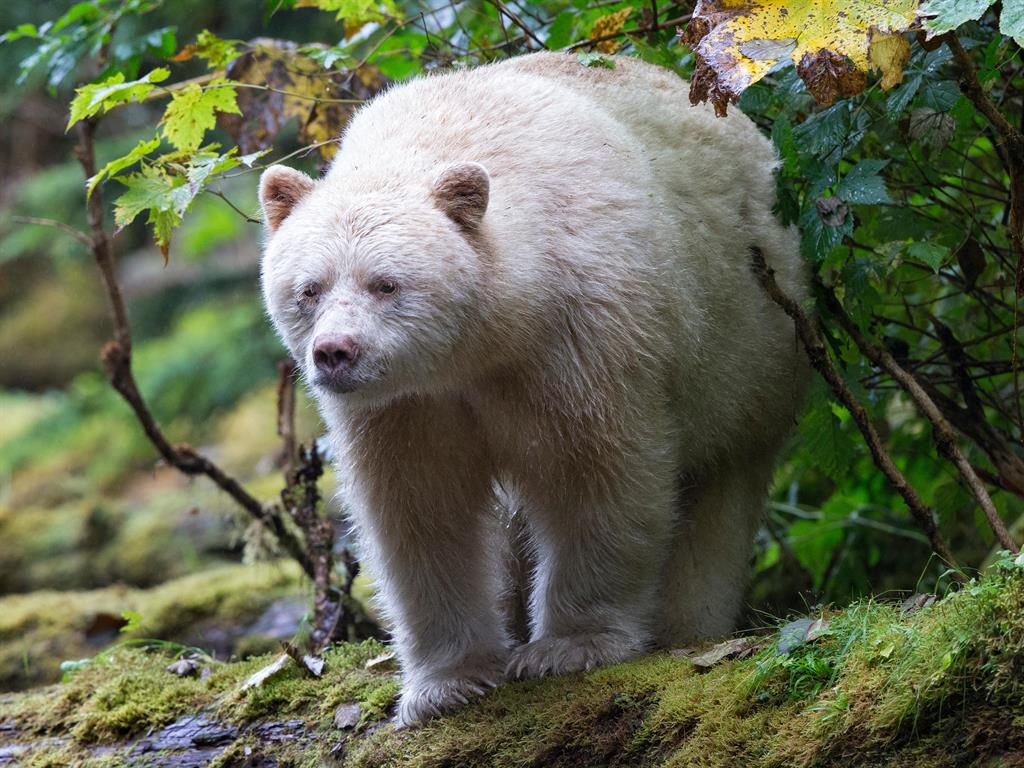 The Great Bear Rainforest on the Pacific coast is an otherworldly place, where the rare spirit bear — an all-white kind of black bear — stands shoulder to shoulder with grizzlies. 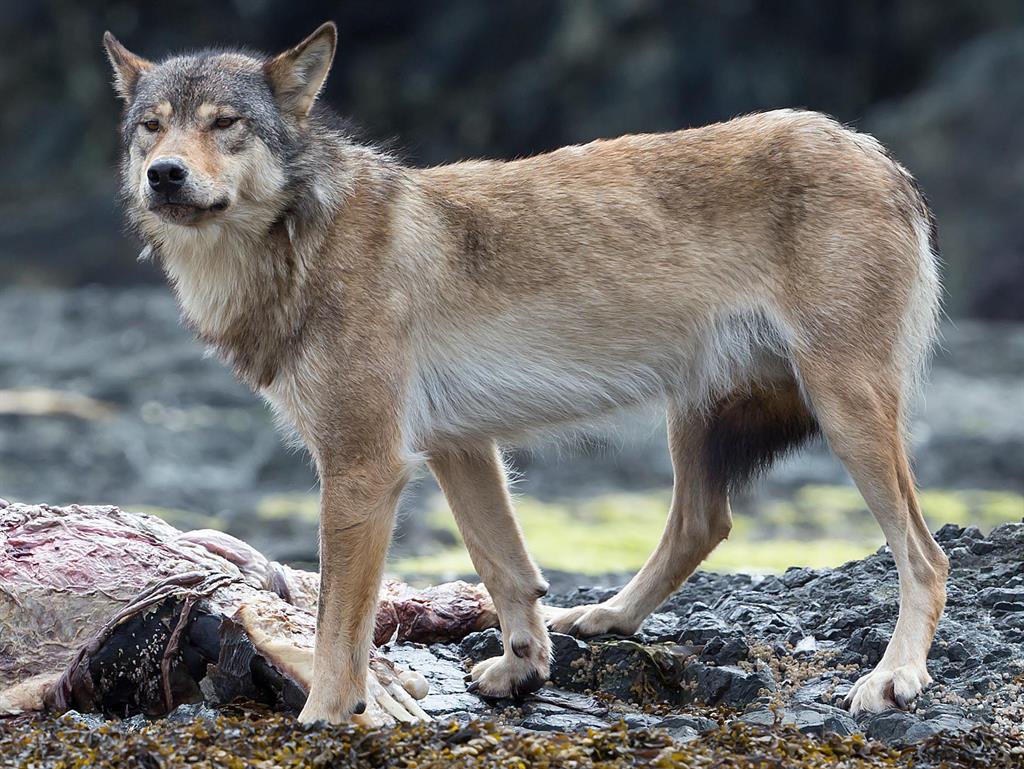 Wolves are widespread throughout BC but, unlike their inland counterparts, sea wolves comb the beaches along the Great Bear Rainforest, feeding off the ocean. 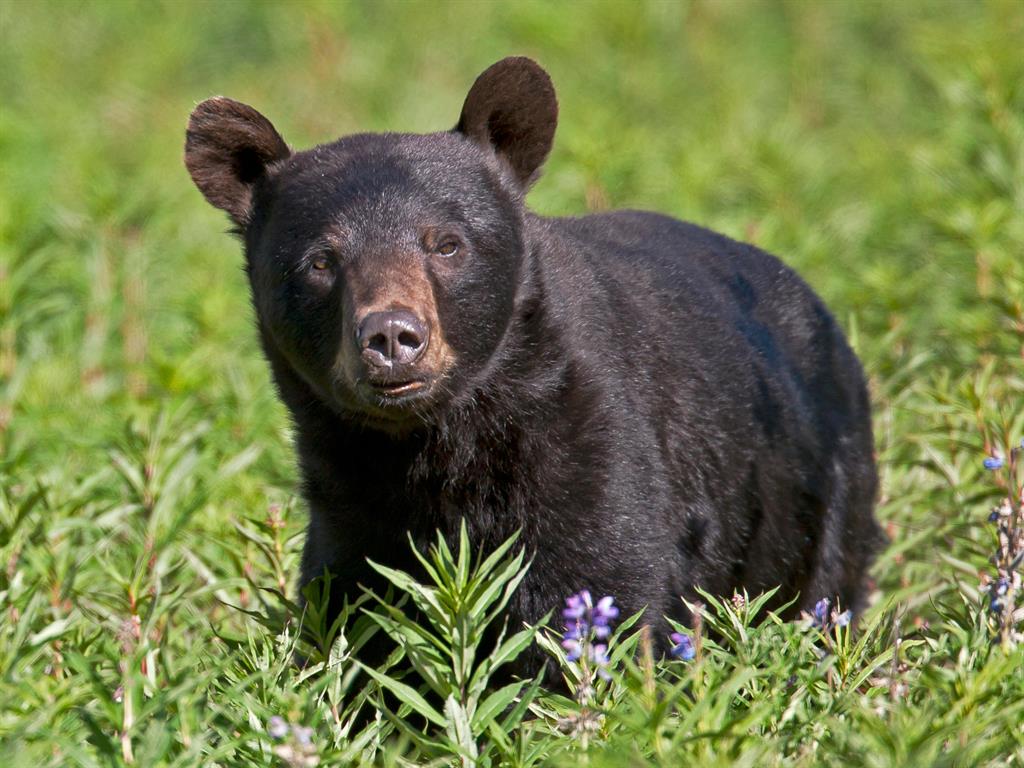 With mountains, forests and ocean, Vancouver Island is picturesque in its own right. But head to Tofino, on the island’s western fringes, for unrivalled black bear viewing. 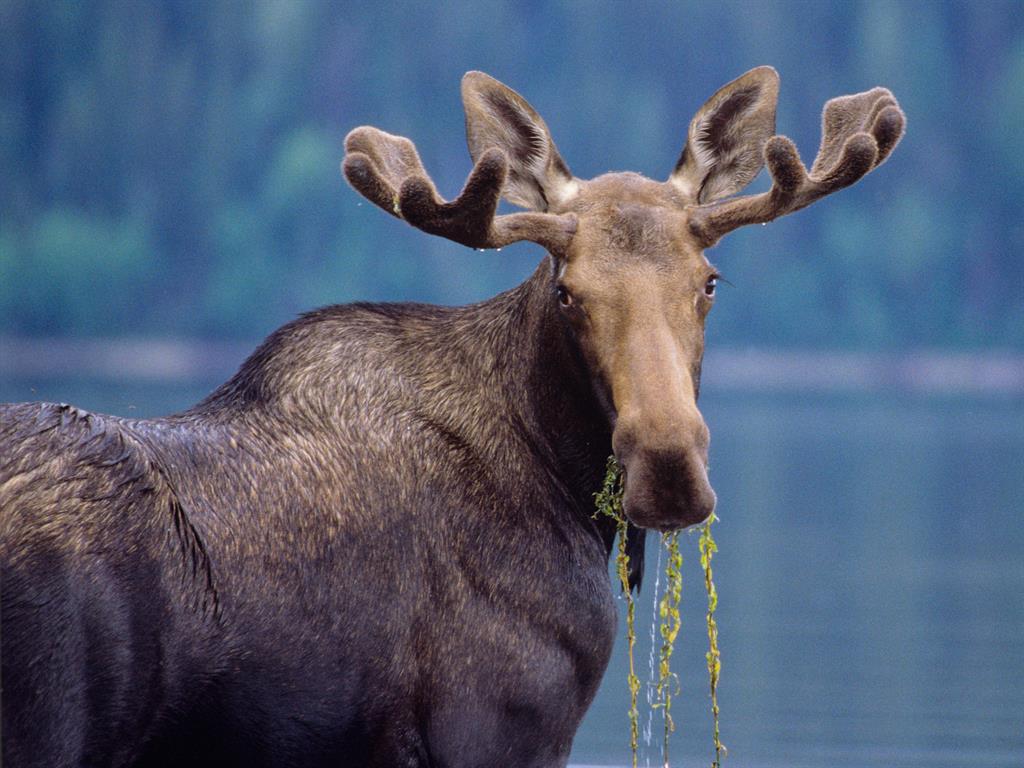 The Liard River Hot Springs Provincial Park is best known as a place for drivers to ease their aching muscles. But it’s also a great place to spot moose year-round. 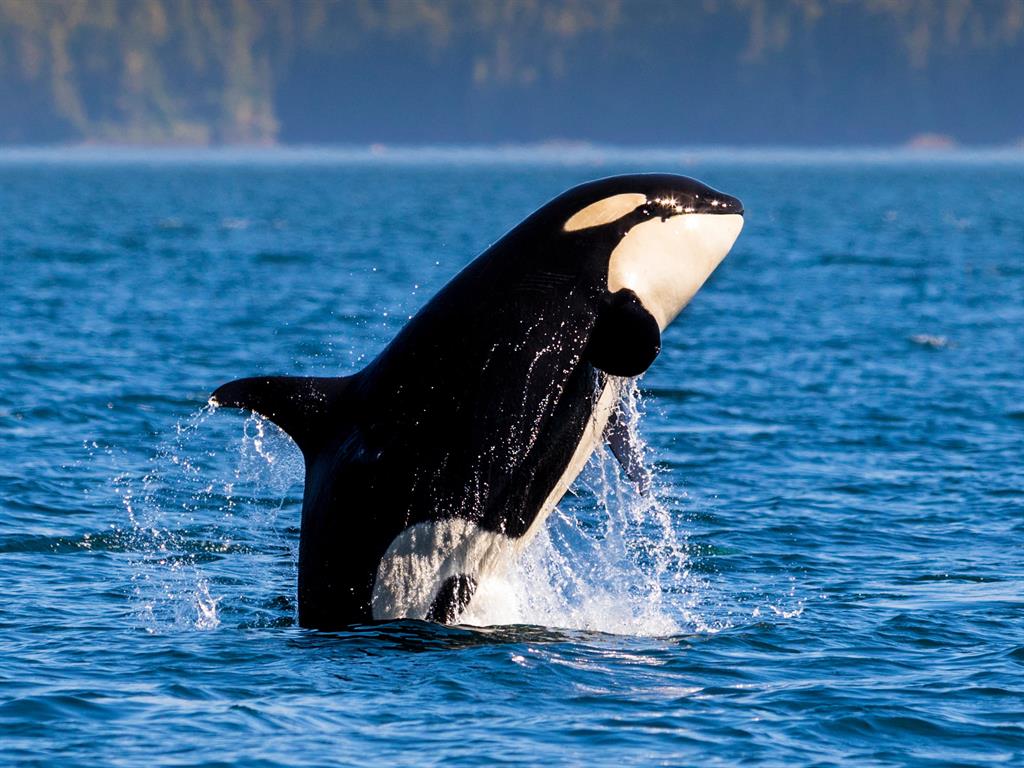 A boat trip from Vancouver is a fine way to spot orcas, discernible by their huge fins protruding from the water. Killer whale season runs primarily from April to October.