IN 1981, my dad cycled the length of Canada in 76 days. He’d regale me with tales of his trip when I was growing up — how he’d set up his tent next to rivers and fall asleep listening to his favourite rock band on a Sony Walkman. He’d describe the characters he met and show faded photographs of the views he saw along the way. So I grew up with a romanticised view of bicycle travel and the freedom it can bestow.

Getting your first bike is a landmark moment of independence. It opens up a surrounding world you can explore, dependent only on yourself, and a cycling holiday is the ultimate embodiment of that. Through no other method of travel can you immerse yourself so fully in so much. The bike opens up regions and countries with the same kind of freedom it provided in those roads around your house when you were a kid.

There is, however, a misconception that you have to be a ‘cyclist’ — Lycra-clad and wrapped in sports glasses — to embark on a ‘cycling trip’. That couldn’t be further from the truth. All you need is a bike and yourself (and maybe a spare tyre or two).

Perhaps my most unforgettable cycling memory takes me back to one of my first bike trips: to 2am in a single bed in a hotel in San Gimignano, a fortified town in the province of Siena, Tuscany. The town sits at the top of a 324m hill, the height of which we’d just snaked up to finish our 50-mile ride in from Pisa. It was day one of a 200-mile cycle to Rome, and I was already regretting the decision to attempt it on a 20-year-old bike I’d bought off Gumtree for £50. 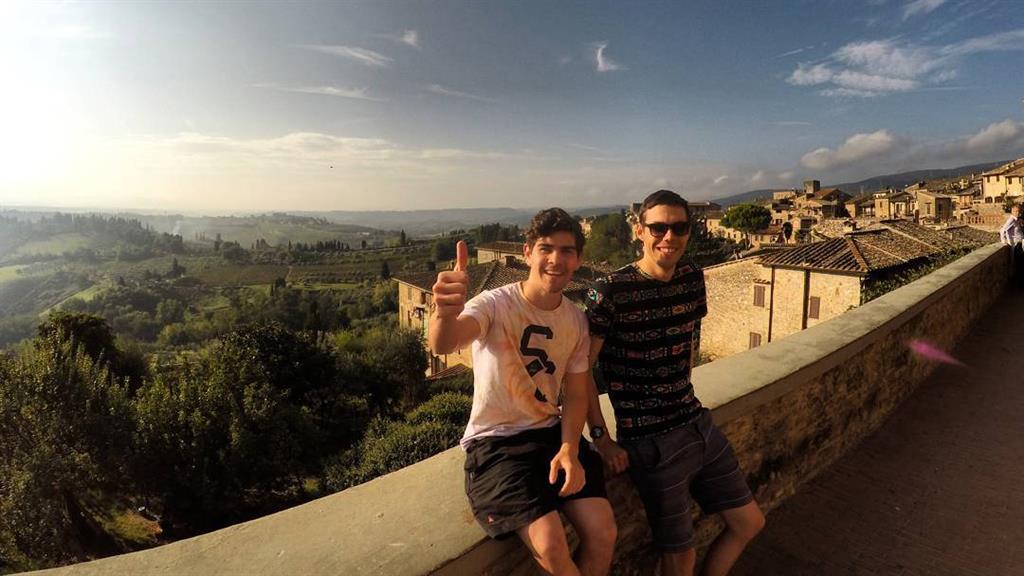 We’d barely been able to eat our dinner because we were so exhausted (which I feel has extra weight, given we were in Tuscany). We’d planned our trip on distances and neglected to take into account that, in fact, Tuscany is famously full of hills. I leant over to ask my buddy Miles, a few feet away in the dark, if we should change route. ‘I’m glad you asked,’ he whispered back — and the trip was saved. We took a second day in San Gimignano, cycled another 50 miles to Florence, then got a train to Rome and cycled further around there.

Sure, the story is a testament to how bad we were at planning a trip, but also to the flexibility that comes with having only a bike and a period of time to ride it. After we altered course, we took it easy, stopping for pasta, pizza, pints and wine as and when we wished. All of that applies to group trips as well. Plus, you get to meet like-minded people (as worried about whether they’ll be holding everyone up as you are), and you’ll be riding with a tour guide who’ll remove that fear over whether you really know how to fix a flat. 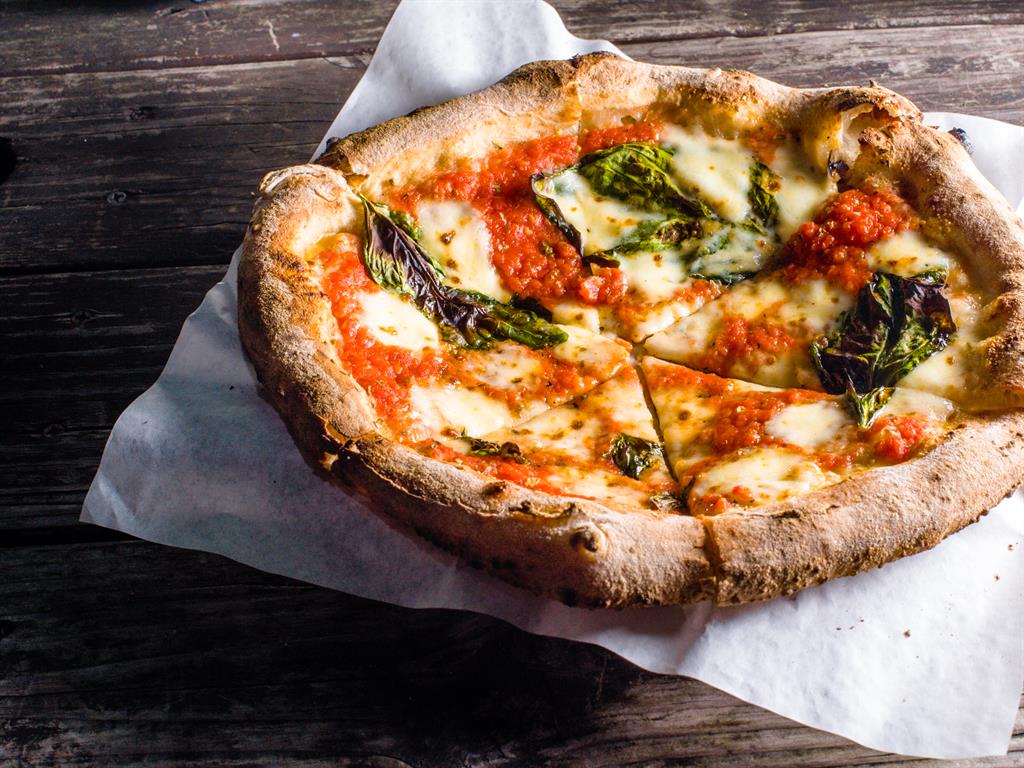 The odds of me ever cycling 5,000 miles across Canada like my dad are pretty low — but I can sure attest to the saddle as the best way to travel.

How to do a bike trip

The majority of companies who run group bike trips will sort out your bike and all the kit needed for you. It’s always worth double-checking for accessories like helmets, however. Otherwise, find yourself a local bike shop before you travel and you should be able to hire a bike for no more than £20 a day, varying (wildly) on destination. To get started, try: Much Better Adventures (muchbetteradventures.com), Bspoke Tours (bspoketours.com) and GoWhere Scotland (go-where.co.uk)

Be intrepid closer to home 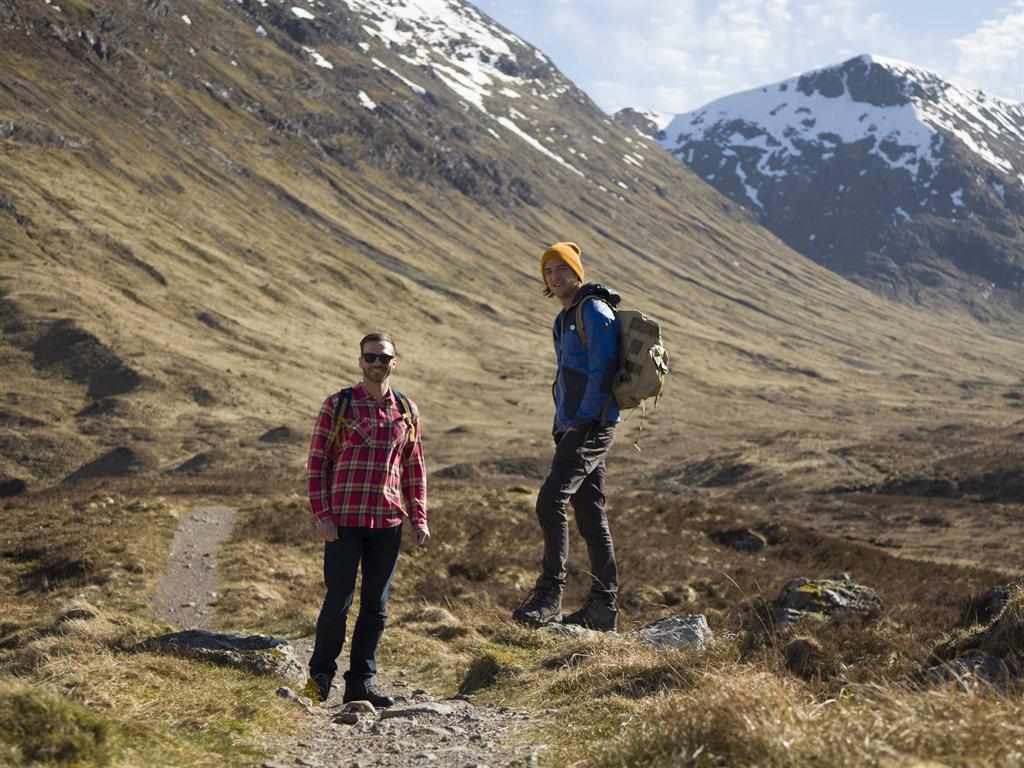 Adventure travel firm Intrepid is launching a new collection of tours called Intrepid Retreats. But rather than being in exotic, far-flung locations, they will take place mainly in the UK and Europe, and instead of travelling around, small groups will immerse themselves in one place. UK destinations include Scotland (Glencoe, pictured), Cornwall and Suffolk, with walking and cycling trips in the Lake District and the Peak District. Retreats abroad include remote locations in Greece, Croatia, Iceland and Morocco. Expect activities like stargazing, hiking, glamping and winery visits. All have been developed to support local communities. From July 29, intrepidtravel.com

If you’ve not been lucky enough to have your own garden to enjoy during lockdown, at least the loosening of the rules means you can start getting out and visiting other people’s. Preservation body Visit Heritage has announced the properties and organisations that are reopening their outdoor spaces, enabling flower- and tree-starved Brits to bask in nature to their hearts’ content. 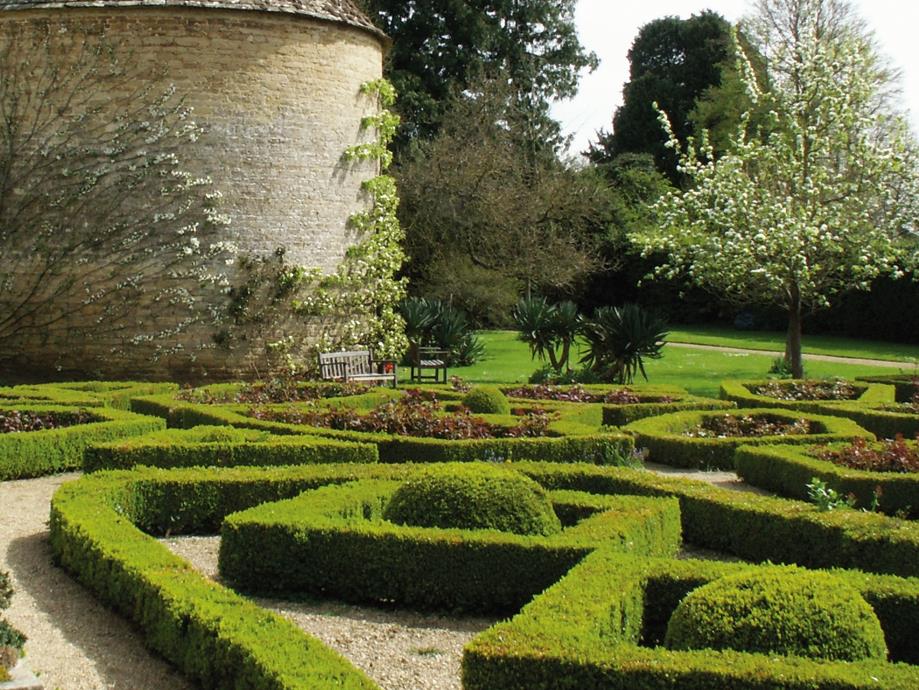 They include Rousham Gardens in Oxfordshire, which remain similar to when they were designed in the 18th century; Chillingham Castle in Northumberland, which is apparently Britain’s most haunted historic castle and also boasts the longest herbaceous border in northern England; and Minterne Gardens in Dorset, landscaped in homage to Capability Brown. Just add a picnic and enjoy. visitheritage.co.uk

Bikepacking in the Peak District 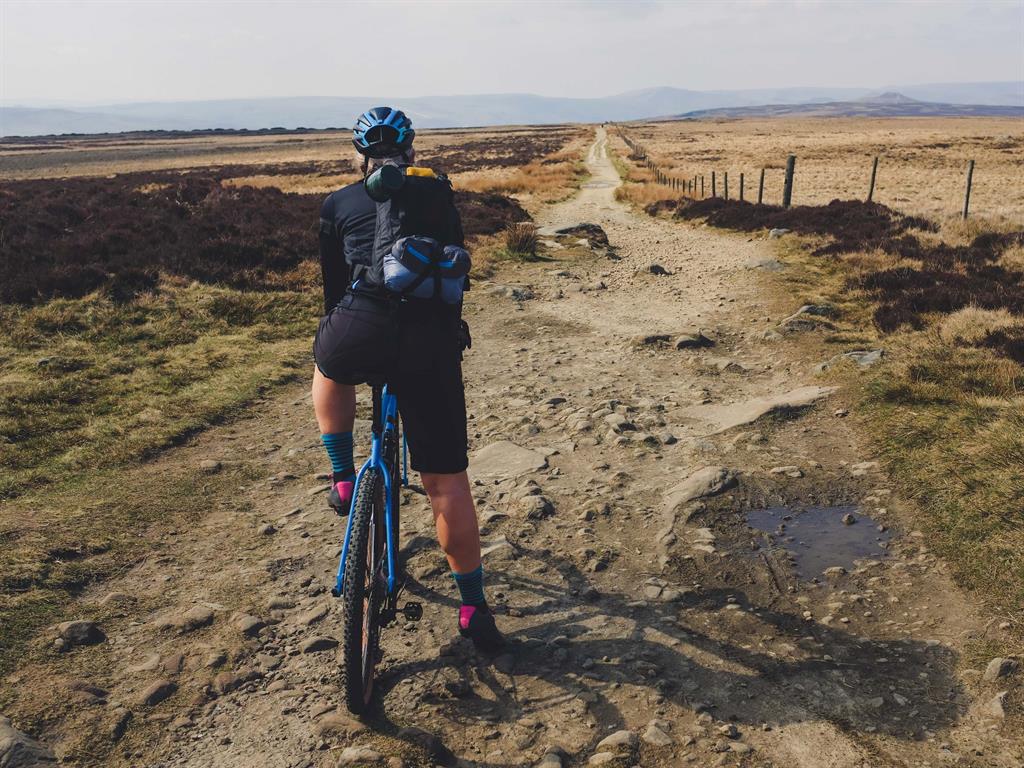 Much Better Adventures offers a great one-night introduction to bikepacking (cycling and camping) in the Peak District, with everything you’ll need included. Leaving from Sheffield city centre, it takes in scenic trails from gravel tracks to country lanes and finishes with a spot of stargazing, before you spend the night in a giant teepee and make the return trip home. muchbetteradventures.com

A self-guided ride through the Scottish Cairngorms 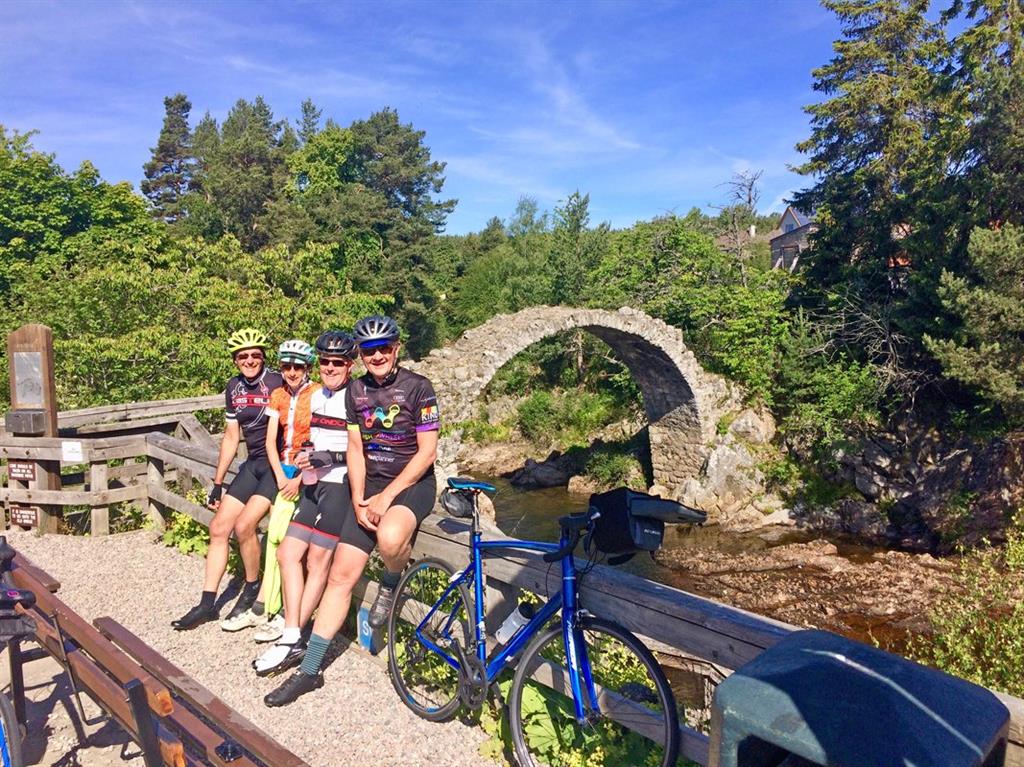 Wilderness Scotland runs a new five-night self-guided tour of the Cairngorms. Leaving from Aviemore, you will take in Loch Morlich, the Insh Marshes Nature Reserve, the wild moors en route to Carrbridge and much more. Bikes provided, fitted with GPS units loaded with routes. wildernessscotland.com

Take on the Length of Wales — the Lôn Las Cymru 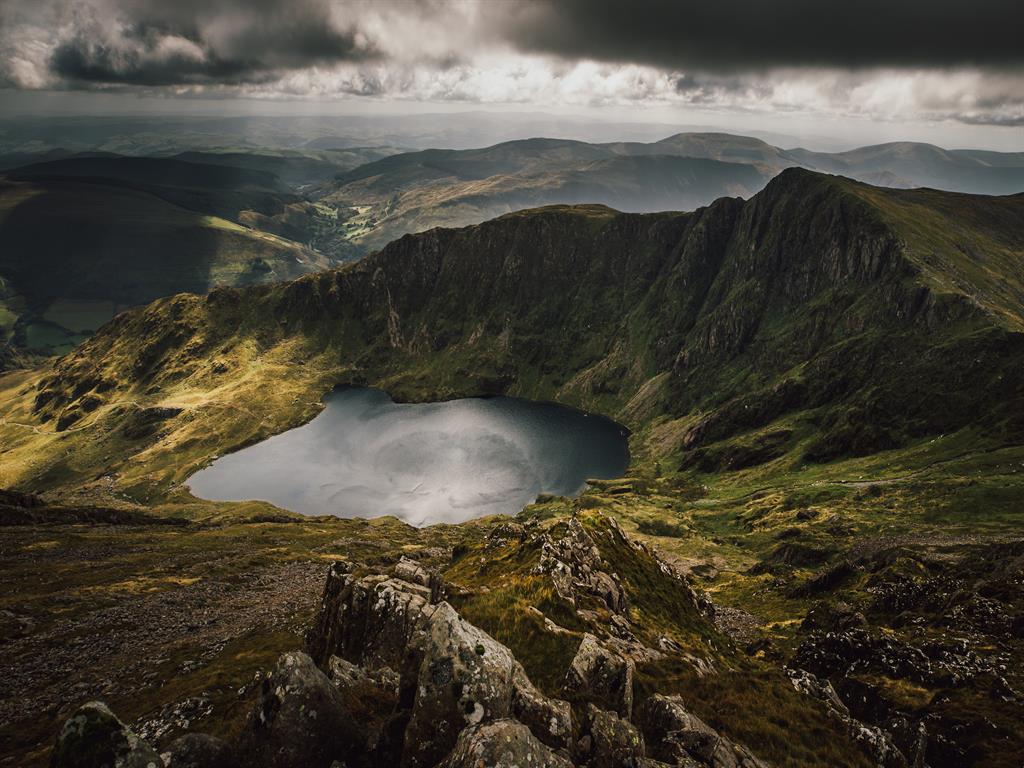 Need a proper stretch? You could look to the famous North Coast 500 in Scotland, or the mighty 250-mile Lôn Las Cymru. The latter is a top-to-bottom tour of Wales which passes through the best views in the country from Brecon Beacons to Snowdonia. Make sure you’ve done your training! cycle.travel/route/lon_las_cymru