THE last time I heard owls twit twoo this loudly was at Brownie camp in the 1980s, which was also in the darkest depths of West Sussex. Idly wondering if it could be the same pair (albeit now pushing 40), I scan the shadowy trees in search.

My husband and I have escaped for a night at The White Horse Inn in Sutton, a tiny village tucked away in the South Downs National Park, now an International Dark Sky Reserve. The inn dates back to 1746, when it was an old ale house that served the villages of Sutton, Bignor and West Burton. After a couple of hundred years it fell into disrepair until a group of local residents turned it into this stylish bolthole.

There are eight rooms spread across the pub, an outhouse and a pair of wooden lodges, each named after racehorses from nearby Goodwood. We’ve bagged Dante, the former woodman’s stone hut, which has seats outside for stargazing. All the rooms have a posh country house vibe — think pale Farrow & Ball hues, heated oak floors and plaid headboards. The huge beds are handmade in Devon and swathed in crisp Egyptian cotton duvets and overinflated pillows.

A raging thirst draws us down to the pub for a pint of Lodsteiner lager, brewed just a few miles away in the Langham Brewery in Lodsworth. While the bones of the pub are as old as the hills, its recent revamp means its new look — exposed brick, tan leather and black-and-white images of Goodwood races — is warm and inviting. 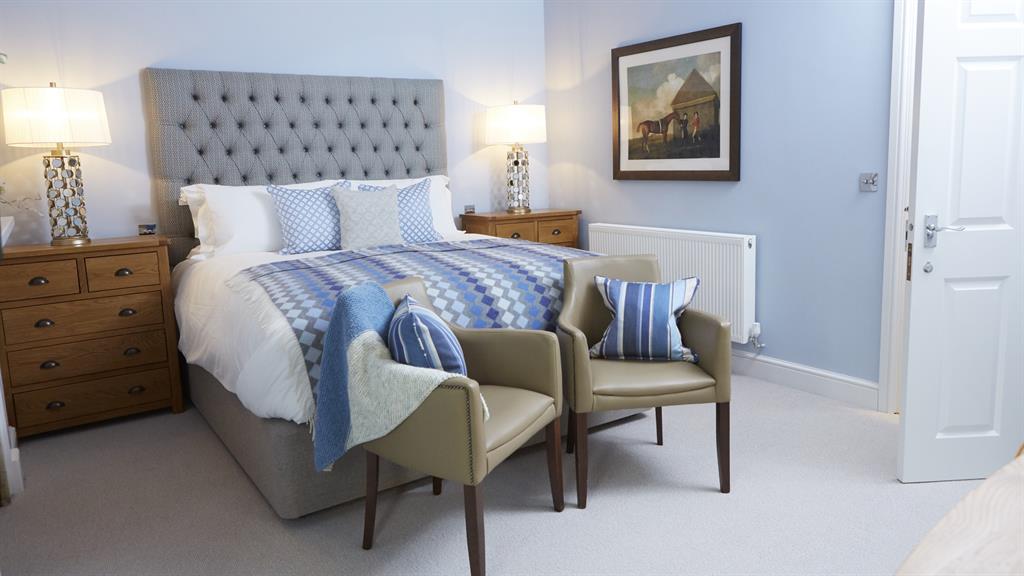 As for the restaurant, chef Jonny Trent is a big believer in keeping it local. His meats are reared on the South Downs, fish is pulled fresh off the boat from Shoreham and even the cheese is made on the Goodwood Estate. For dinner I choose a fat, juicy fillet steak, skin-on chips and tarragon butter (£30), while my husband wows over a perfect guinea fowl with savoy cabbage and potatoes anna (£18).

After a snifter in the bar, it’s time to retire to bed via the wooden stairs outside — and under an inky sky showered with stars the owls start their tooting and highfalutin’ again.

Who goes there: While the White Horse has always been a local pub, they’re a friendly bunch who happily share their posh boozer with out-of-towners and thirsty ramblers.

Out and about: There are some great walks nearby, including the long-distance Midhurst Way. It’s a mile from Bignor Roman Villa, famous for its mosaic floors, and a 15-minute drive from Petworth House, a baroque stately home exhibiting art by Van Dyck, Turner and Gainsborough.

■ Rooms from £100 a night, whitehorseinn-sutton.co.uk