FAMED for its mountain gorillas, landlocked Uganda also boasts communities of chimpanzees. And when it comes to these apes, visitors can perform a useful function by going on ‘habituation experiences’. Enjoyed in Budongo or Kibale forests, visitors spend all day getting acquainted with the chimps so, over time, they can get used to — and not feel threatened by — human observers. This is generally a two-year process and it’s working: previously, chimp-spotting success rates in Uganda stood at 20 per cent, now the figure tops 90 per cent. From £175pp, including guiding and meals, ugandawildlife.org

Ditch the drives for dawn walks

Aardvark Safaris reports a trend of guests preferring to go on long nature-spotting hikes rather than 4×4 trips when changing camps. In Tanzania it’s possible to walk between Entamanu, a lodge atop the Ngorongoro Crater, and the equally luxurious Serengeti Safari Camp instead of a standard transfer involving game drives — plenty of which will feature on itineraries anyway. You leave Entamanu before dawn, meandering downhill to the wildlife-studded Serengeti plains with views of the Gol Mountains as the sun rises. From £4,297pp full board for a seven-night trip incl the walk and all internal transfers plus safari activities, aardvarksafaris.co.uk 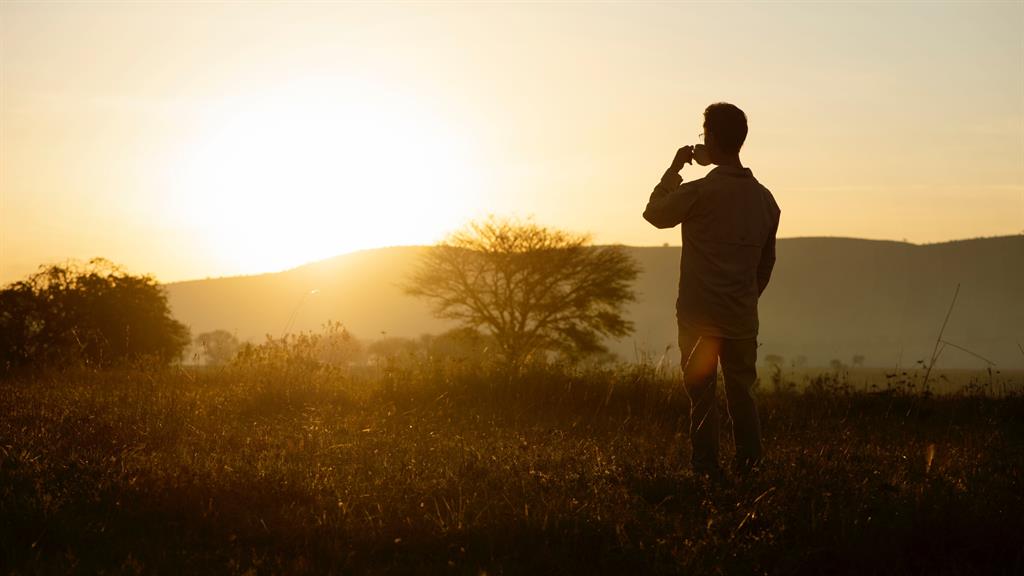 When Great Plains Safaris took over northern Zimbabwe’s Sapi Concession, which neighbouts Mana Pools National Park, after it had long been mismanaged as a legal hunting area, they found only a few poor tracks and hardly any game. Three years and two luxury camps later, things are much improved with restored roads, anti-poaching patrols in place and returning animals starting to trust that these new humans won’t shoot at them. 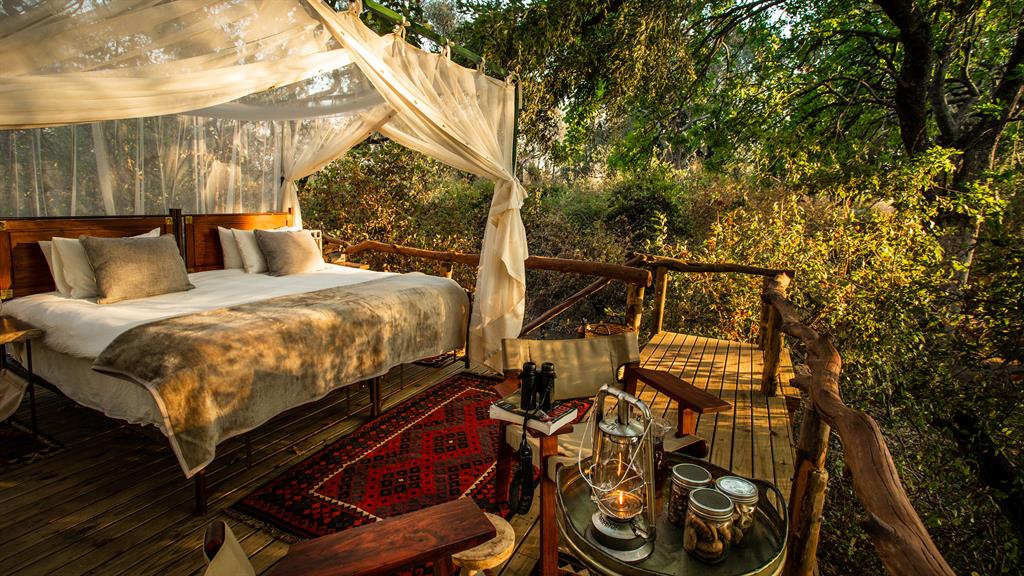 Yet the recovery to a fully functioning photographic area, akin to Mana Pools, will take years. That means right now, trips to Sapi offer something else: a rare chance to see a safari-scape being revived. Guides will tell you about new anti-poaching controls and animal releases, and will direct you to newly cleared and restored parts of the concession, which you wouldn’t normally experience in an established safari area. From £3,460pp full board for a seven-night itinerary combining Sapi and Mana Pools, incl activities and transfers from Harare, expertafrica.com 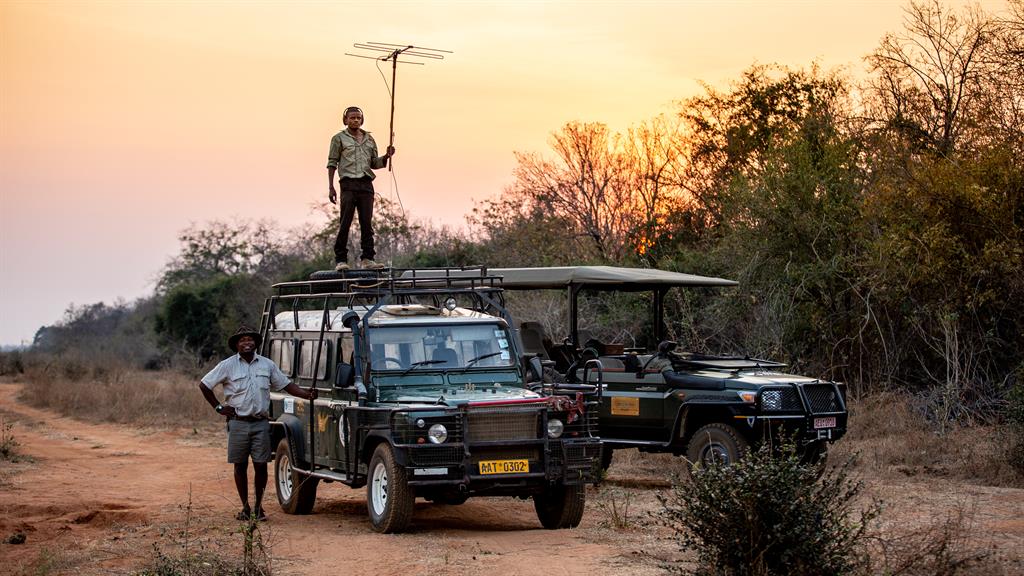 Asilia Africa recently unveiled Asilia Adventures, a series of add-ons to safari trips. One is the three-night Lolkisale Horseback Safari, which combines horse riding with drives in vintage Land Rovers. You’ll explore northern Tanzania, including Maasai villages. Using a mobile tented camp as base, the trip is designed for intermediate to accomplished riders. From £2,450pp full board, incl kit, guiding and transfers from Kilimanjaro Airport, asiliaafrica.com 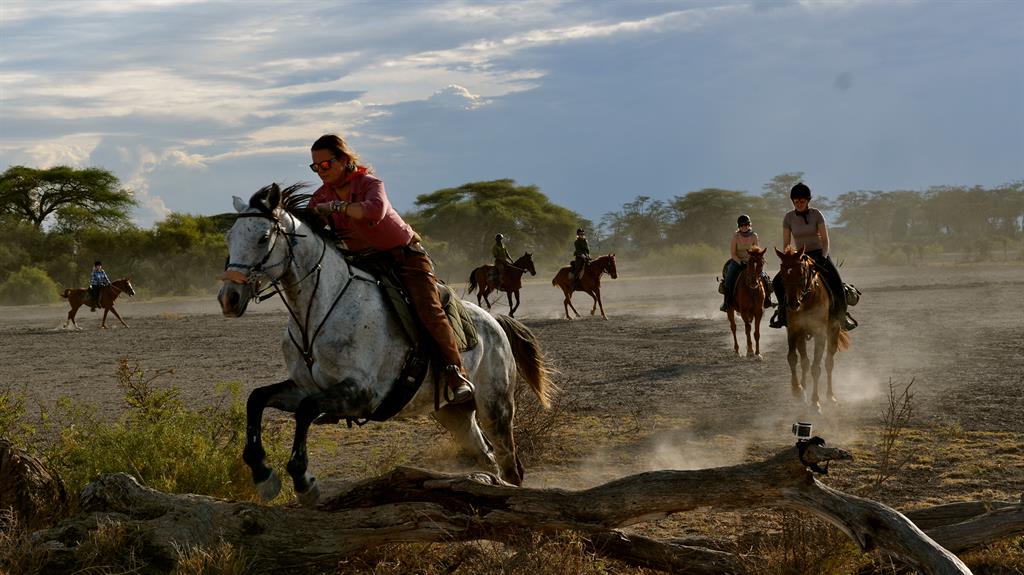 Enrol on a guiding course

Rather than listen to a guide, why not learn some of their bushcraft? Based in a concession beside South Africa’s Kruger National Park, six-day Wilderness Trails Skills courses will see you tracking game, navigating without maps, going on night watches, starting campfires and generally picking up enough survival skills to dazzle Bear Grylls. Sleeping and walking in the wild throughout, participants are led by some of Africa’s most experienced guides. The next dates are April 2 and June 27, 2020. Tents are provided but you must bring — and carry — everything else, walking on average seven miles a day. From £499pp, ecotraining.co.za

Assist with research below the waves 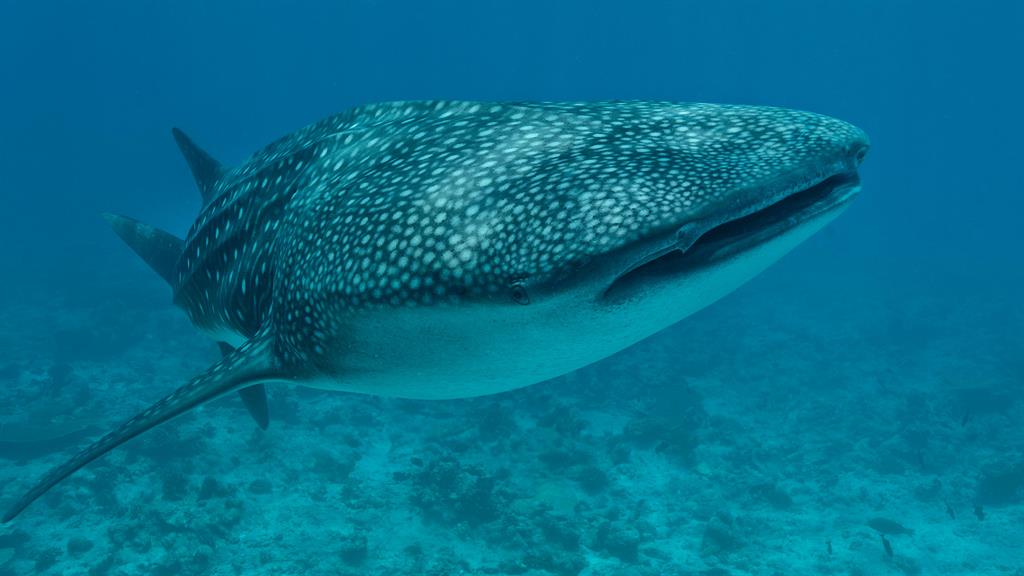 Who says African safaris have to be on land? On eight-night expeditions to southern Mozambique with the Marine Megafauna Foundation charity, a few guests join marine biologists to scuba-dive and assist with research. You’ll do that by taking photos of manta rays, turtles and whale sharks, helping the boffins learn more about each species’ behaviour. Talks by the scientists will reveal more. Visiting sites not usually open to the public, you should also see humpback whales, all while staying at two beach lodges. From £2,550pp half board, incl transfers, 11 dives and other activities (excl flight), marinemegafauna.org Next departing August 17 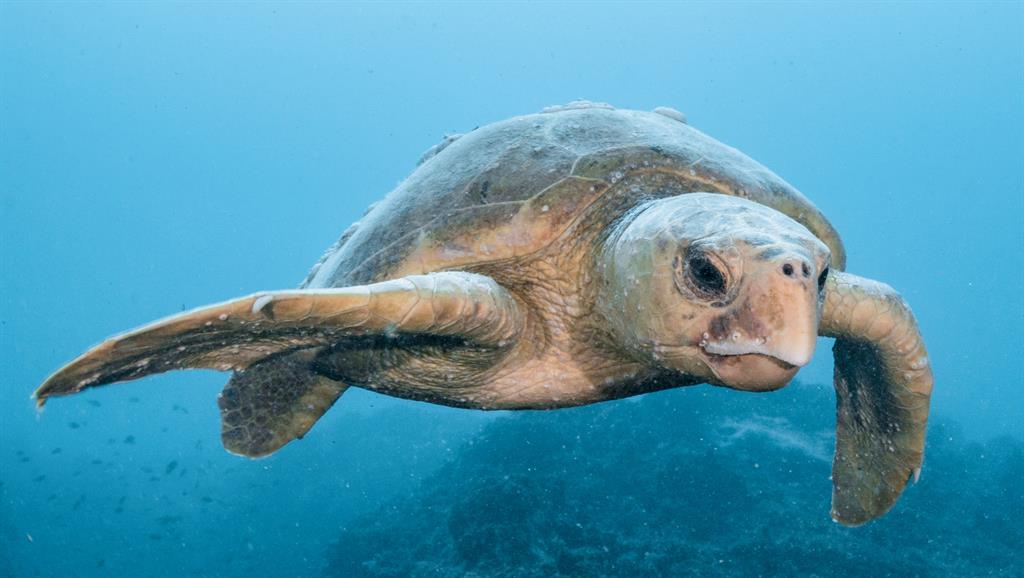 Pack it in! What to take to the wilds 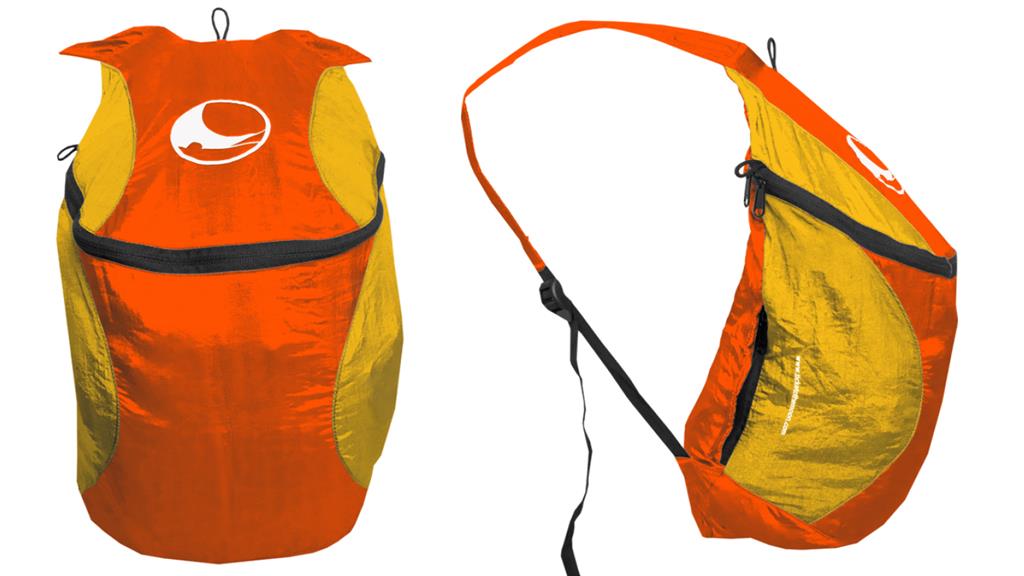 Backpacks don’t come lighter than this small eco-backpack made from parachute silk. It weighs just 90g but can carry a mighty 15kg. Choose from a selection of neon colours and put those jungle parrots in the shade. £22.50, ticketothemoon.com 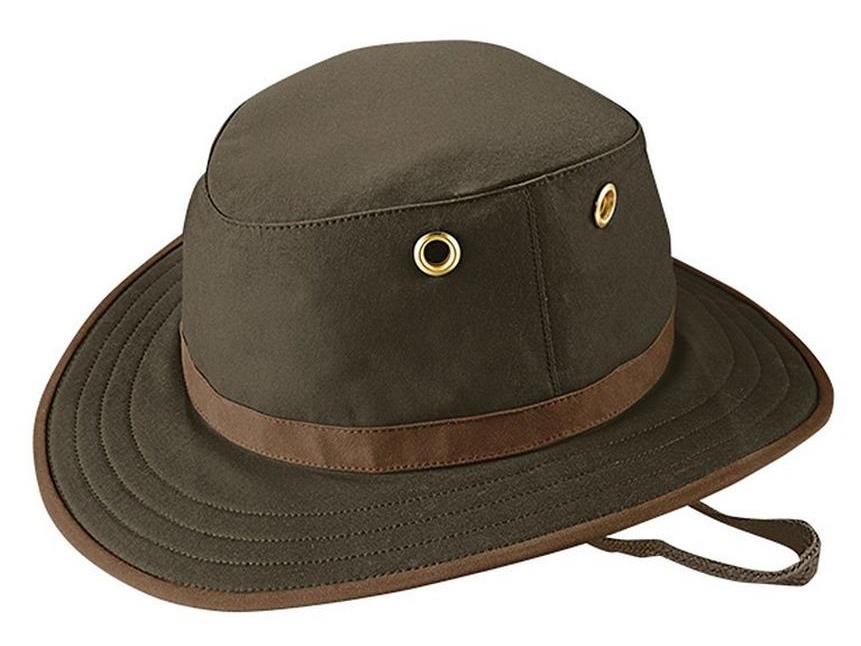 This waxed cotton hat is rated UPF 50+, which means it blocks 97.5 per cent or more UV radiation. But shhhhh… there’s a secret pocket in the crown where you can store your valuables, keeping your hands free to hack away at the foliage. £67.50, gooutdoors.co.uk 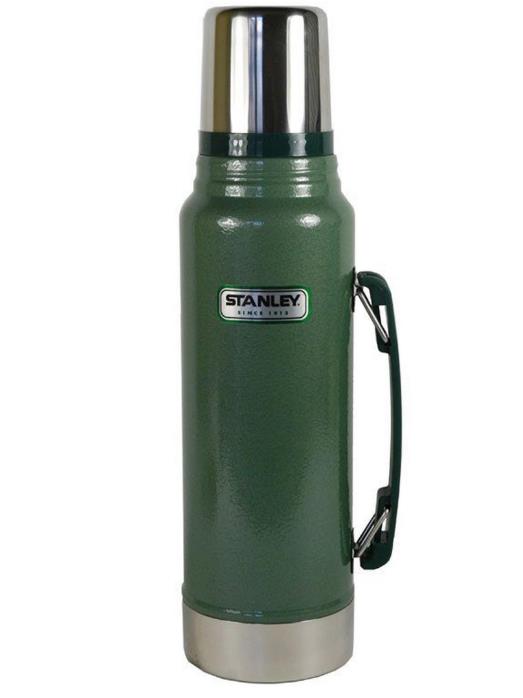 Nothing screams adventure more than this vintage-style classic with a design that’s been serving drinks since 1913. It will keep hot drinks steaming and cold drinks cool for up to 24 hours. Leak-proof and the lid doubles as a cup. £19, gooutdoors.co.uk 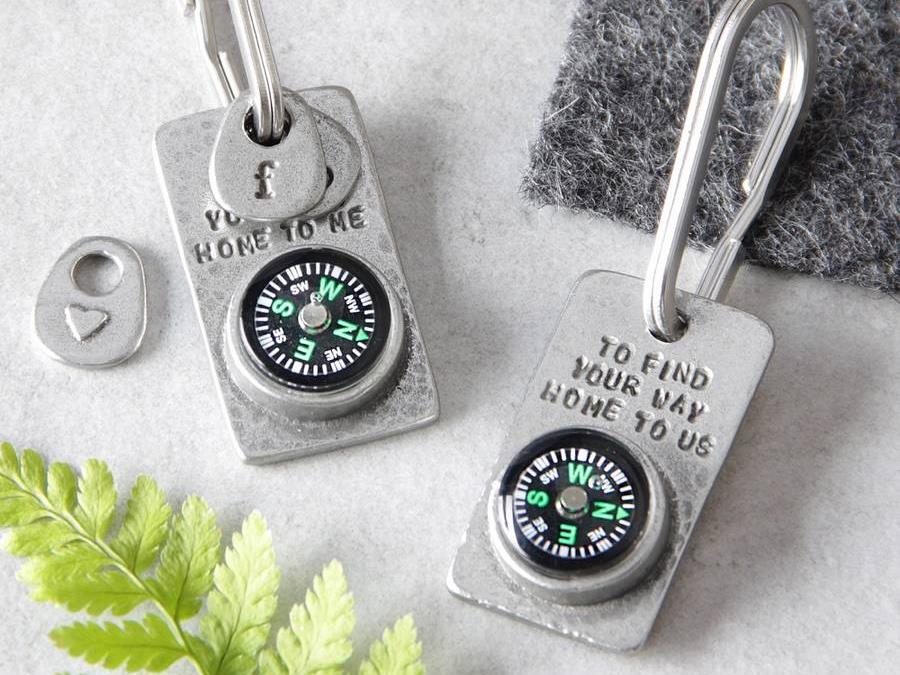 There’s nowt as disorientating as a jungle but this oil-filled pewter compass key ring clicks on to your rucksack or keys and helps you find direction in your life. At least, it helps you head home in the right direction. £12, notonthehighstreet.com 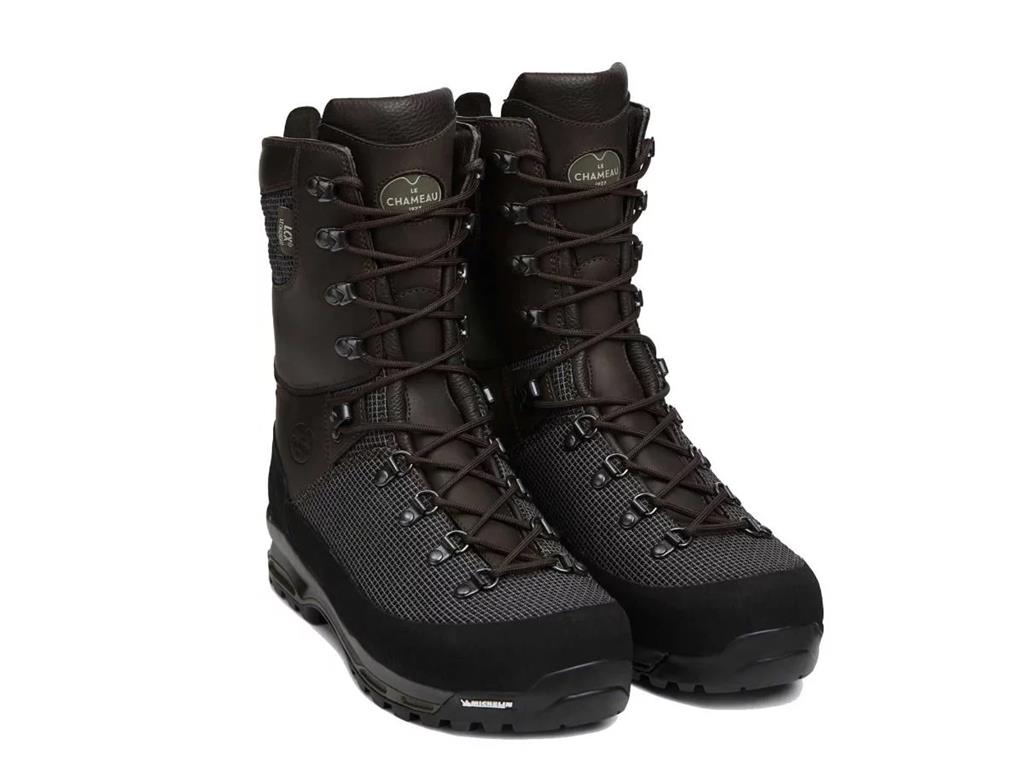 These ultra-lightweight boots include a sole developed in partnership with Michelin. They are designed to be worn straight from the box with no breaking in. £329, lechameau.com