IN 2004 Tamsin Calidas and her then husband, Rab, did what even more city dwellers than usual are fantasising about doing and moved to a remote Hebridean island. Their new home, a dilapidated croft, had no running water or electricity and Calidas and Rab no experience of their new livelihood, farming.

‘We had such infinite trust,’ says Calidas, remembering the idyllic early months sleeping in a caravan while they repaired walls and painted doors, the skies huge above them, the freshwater loch lapping close by. ‘I don’t want to say we were optimistic, because I’m still optimistic, but our confidence hadn’t been broken.’ 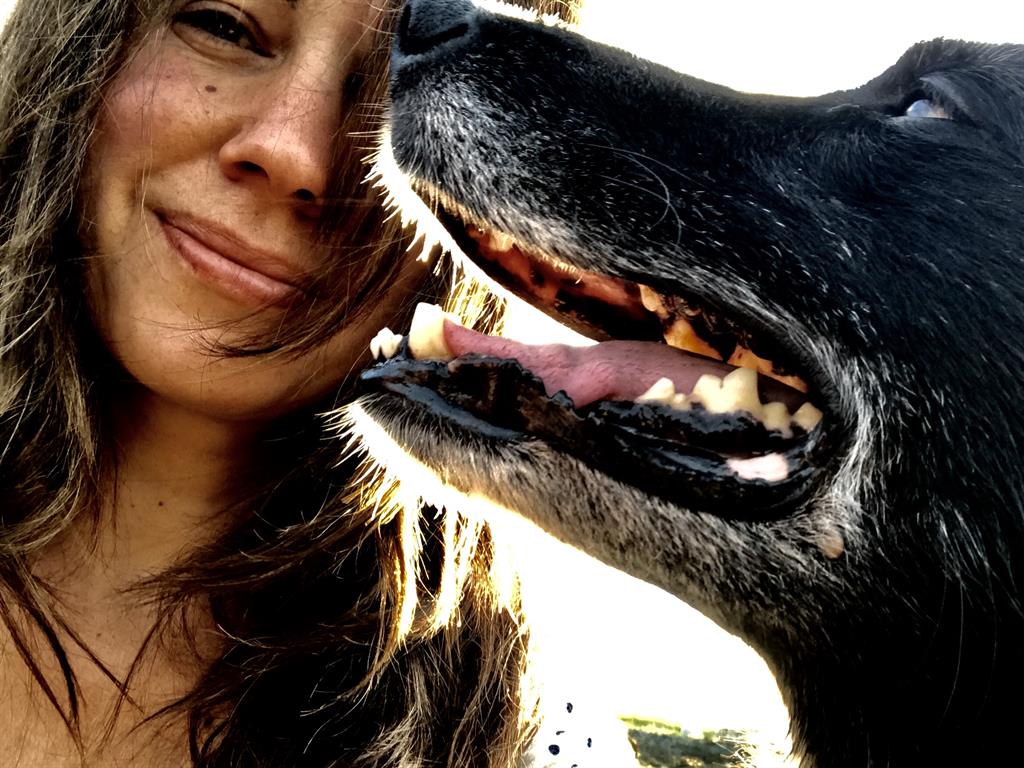 The couple were drawn to Scotland’s farthest reaches after a series of seismic life changes meant London no longer felt like home. A car crash left Calidas with serious injuries. Later, their house was burgled, and a neighbour mugged. Their little croft hideaway, a chance-find in a newspaper advert during a fact-finding mission in the Scottish north-west, felt like a safe haven. However, after a while their lives started to collapse. Their marriage cracked under the strain of struggling to conceive a child. Money was tight. Many islanders were unfriendly. Rab had an affair. Then Calidas badly damaged one hand and shortly after, during a drunken argument with Rab, broke the other. Not long after that, Rab walked out

‘My marriage is over and suddenly I am living alone,’ she writes in her newly published memoir, I Am An Island. ‘I blink in astonishment at the beauty of summer on the island, at the long grasses and thistles growing on the croft while I am feeling something inside me start to fall apart.’

Calidas was left in an unfinished croft, with scant finances, sheep and cows to tend to, both hands in plaster, the isolating darkness of a Hebridean winter looming, and only one islander, an 80-year-old woman, she could call a friend.

It was her farm animals that initially saved her. Many people might have abandoned the dream at this point but Calidas couldn’t leave them.

‘If I couldn’t hold myself together I don’t know what would have happened to them. They were my dependants,’ she says. ‘There was so much stress, emotional pain, fear, grief, the whole destruction of a life. It was up to me to show I could do it. It was a survivor response.’

Survival was what it came down to. Calidas ran out of money and at one point was reduced to eating tree bark. With no money for oil to warm the house, she slept in everything she had. Her octogenarian friend, Cristall, kept her alive, feeding her like a bird. Meanwhile, the islanders’ simmering disquiet at her and Rab’s arrival boiled over into sexist hostility that she had dared stay on by herself. The word ‘bitch’ was sprayed on the wall of her croft. Her prize male sheep mysteriously died. One night a man entered her croft while she was asleep and refused to leave.

Worse was to come. Not long after Rab left, Cristall was killed in a car crash. Broke, broken and utterly alone, Calidas plummeted into a deep dark place. Eventually she gave up entirely and waded into the loch with no intention of coming out.

Today Calidas is talking to me from the roof of her croft — the reception is best there. Something about the pain of those icy waves that day had conversely sparked in her the will to live. She started swimming every day, even in winter. She sold her cows and kept her sheep for wool. She joined a community of musicians. And she started her memoir — a glittering (and controversial) account of trauma, solitude and recovery and, in its exquisite depictions of drawing strength and peace from her surrounding landscape, Calidas’s ‘personal rewilding’. It’s this, plus a resilience she says was hardwired in her from childhood, that she attributes to her recovery.

‘We used to have a much closer connection to the soil,’ she says. ‘As soon as we attune more closely to our environment, we allow ourselves to inhabit our full selves.’ Still, that soil was also at the root of Calidas’s problems. ‘Farming isn’t a territory that belongs to any one single person,’ she says, but it’s evident many of the islanders disagreed. Not only did they resent an incomer buying a plot of land, they resented an incomer who bent the rules. A single childless English woman running a croft is not how things are done. ‘There is a broader demographic on the island now, it’s easier for people to integrate,’ says Calidas carefully, but her reluctance to name the island reflects the tension that endures. 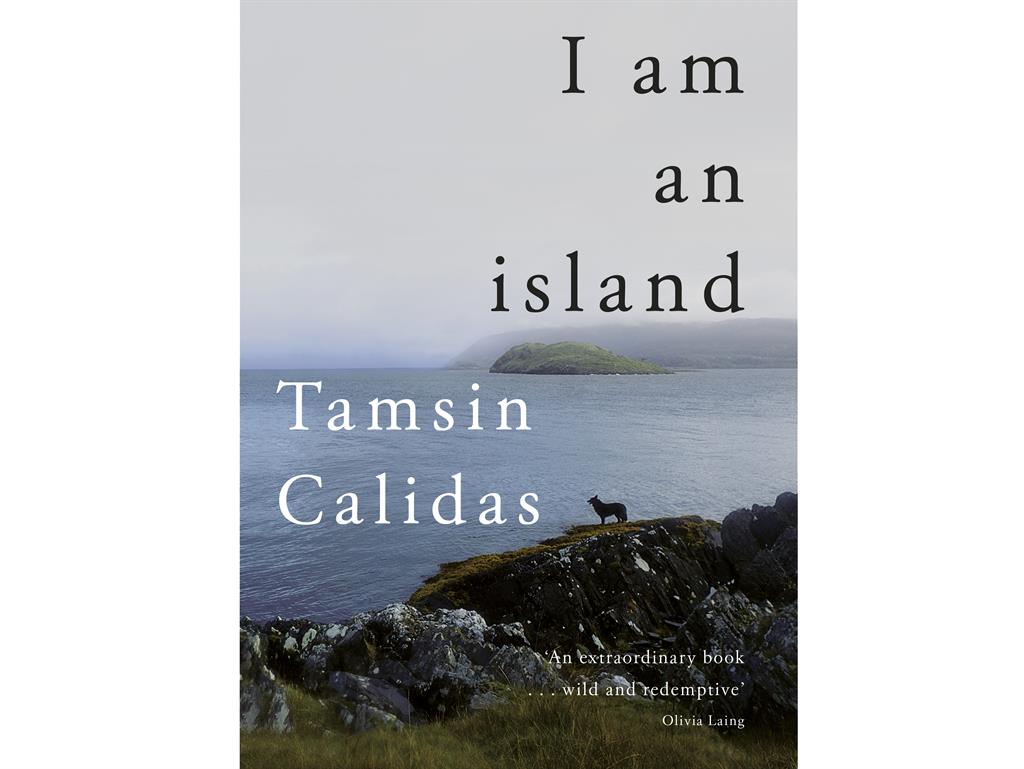 ‘I hadn’t anticipated community to be such a live topic when I wrote the book,’ she adds, in reference to the way lockdown has exposed once again the uneasy relationships between urban and rural dwellers across the country. ‘But territory and land are very emotive subjects.’

These days Calidas rises early and goes to the shore with her beloved dog, Maude, to watch the sunrise. She then tends to her animals before devoting the day to her writing and photography. She hopes her story will be seen as being not about the politics of land but about our individual place within it. ‘This book is for anyone who has ever felt alone or overwhelmed or silenced or marginalised,’ she says. ‘It’s about what happens when everything you depend on has gone, and how finding a deeper connection with the earth can sustain us.’ 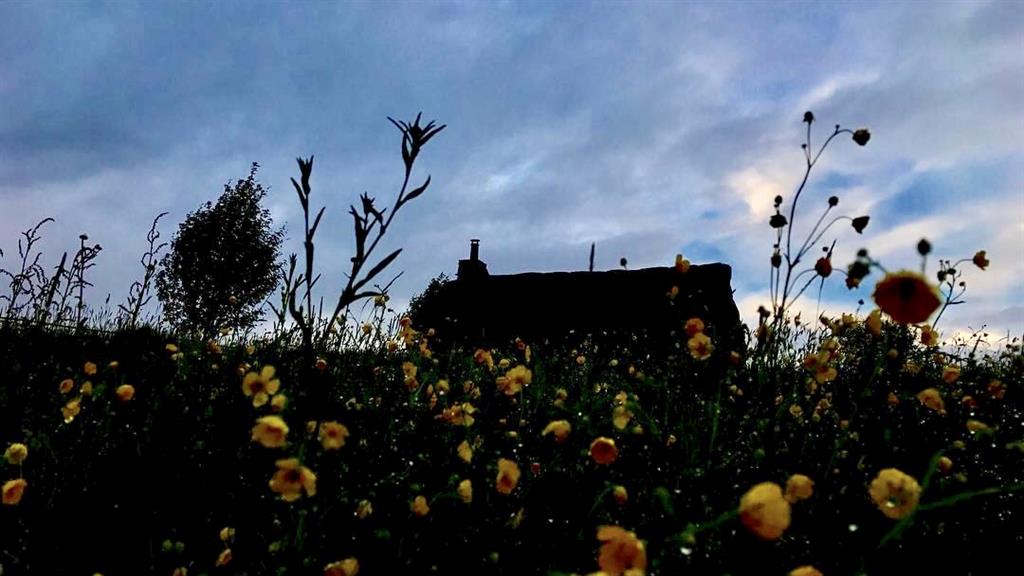 ‘For months home-grown cabbage and fresh herring, porridge oats and soaked lentils are my staples. In the summer there are store potatoes and sweet greens, and other vegetables and fruits in the garden, but there are always gaps, due to failed or spoiled crops — casualties of the increasingly unpredictable weather — and my own lack of knowledge or experience of preserving and safe storage to maximise each crop’s longevity. Trial and error can result in wastage and the loss of a whole, carefully prepared batch.’

‘Drink is an unacknowledged problem on the island. This croft sits on what used to be a well-worn drinking track. It was different when Rab was here, but now that I am on my own it is unnerving to hear men outside the door at night, their hooting voices slurring — even when the house is in darkness.

More than once, I have been woken by a group crowding through my door when I am asleep upstairs. The sound of someone in your house when you have not asked them, after those tense last years in London, always scares me.’

‘When I wrote the book, I was coming at it from the connection we can forge with nature, and finding that deep inner wilding in ourselves that allows us to come home. But our whole world has changed in the last few months.

That can be a good thing as it opens the debate that we all need to be having about what sort of communities we wish to create. What do we want to shake off and what do we want to reintroduce?’