NIKITA PARRIS has revealed she had to conquer her nerves to set England on their way to an opening World Cup victory, with a little help from the other members of the ‘four musketeers’.

And Parris, who is joining European champions Lyon from Manchester City this summer, revealed the four fingers she held up in celebration was a nod to her close friendship with Toni Duggan, Mary Earps and Abbie McManus.

‘We’re four musketeers, constantly together,’ she said. ‘They’ve helped me through my journey and I appreciate them so much. Moving forward I’m going to need them more than ever.’ 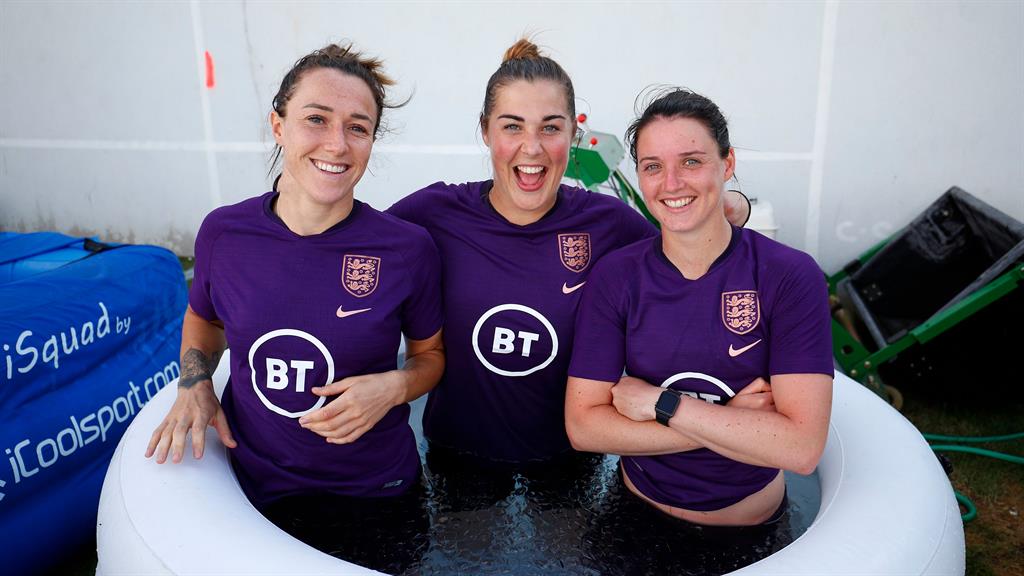 Parris admitted room-mate McManus helped her to deal with pre-match nerves before the tournament opener.

‘I’m not going to lie to you. I sat in the hotel room and said to Abbie, “I’ve got butterflies”,’ Parris said. ‘Before lunch. She was like, “Just go to sleep and wake up”. So I went to sleep, woke up and I thought, “Oh, they’re gone”.

‘I hadn’t experienced a moment like that before. But I said to myself, “What two things can you bring to the game today?” And that’s passion and drive, and all the rest came for me.’

On her thoughts prior to taking the spot-kick, she said: ‘I just try to stay calm and composed.

‘The atmosphere’s there to intimidate you, but I try to soak it in, because the more atmosphere I get in my body then the more passionate I am about putting the ball in the back of the net.’

Meanwhile, Parris insisted the first-half nutmeg that saw her trick her way past Nicola Docherty was no one-off.

‘Just look on the clips,’ said the Liverpudlian. ‘I had done my research on the full-back and I knew she was going to come steaming in so I had to do something, whether it was take a foul or just try and spin her.’

■ STEPH HOUGHTON has vowed to keep playing out from the back even though Scotland’s goal followed the England captain giving the ball away. Boss Phil Neville said the Manchester City centre-back had tried to ‘make the pass we practise’ and he would not criticise her for that. Houghton said: ‘I do that every week, whether that’s for England or for my club, so it’s not going to stop me from doing that. There’s going to be wrong decision-making sometimes but ultimately it was all about the win.’

ENGLAND’S World Cup victory over Scotland was the UK’s most watched women’s football game of all time, according to the BBC.

Sunday’s match attracted a peak of 6.1million watching on television and a 37.8 per cent share of the available audience. England made a winning start to their campaign as they beat debutants Scotland 2-1 in Nice.

In front of a crowd of 13,188 at the Allianz Riviera, Nikita Parris put the Lionesses ahead with a penalty before Ellen White curled in the second. Claire Emslie pulled a goal back for Scotland with 11 minutes remaining. 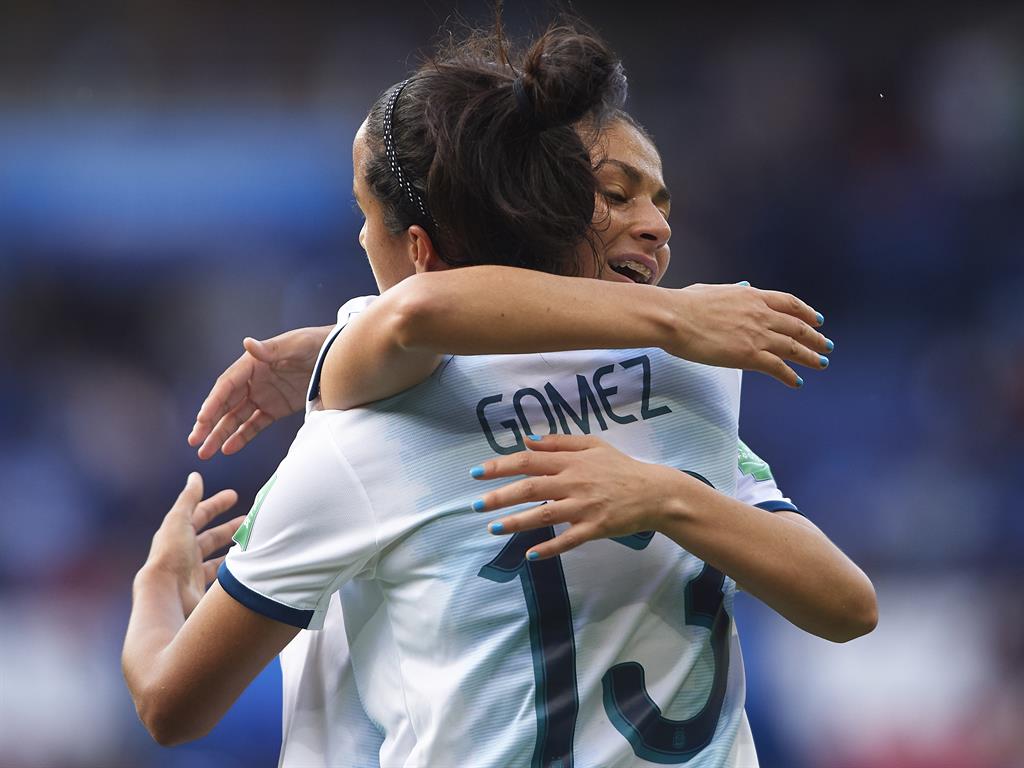 VIRGINIA GOMEZ and Vanesa Santana celebrate after helping Argentina secure their first point at a World Cup finals with a surprise 0-0 draw against Japan, the 2011 world champions.