ENGLAND’S hopes of a series-clinching victory over the West Indies and Stuart Broad’s pursuit of a 500th Test wicket were frustrated by rain as play was washed out without a ball bowled on day four at Emirates Old Trafford.

The covers remained defiantly in place throughout the day as persistent, heavy showers set in over Manchester, halting the home side’s charge after they dominated with bat and ball on Sunday.

The match officials accepted the inevitable shortly after 4pm. 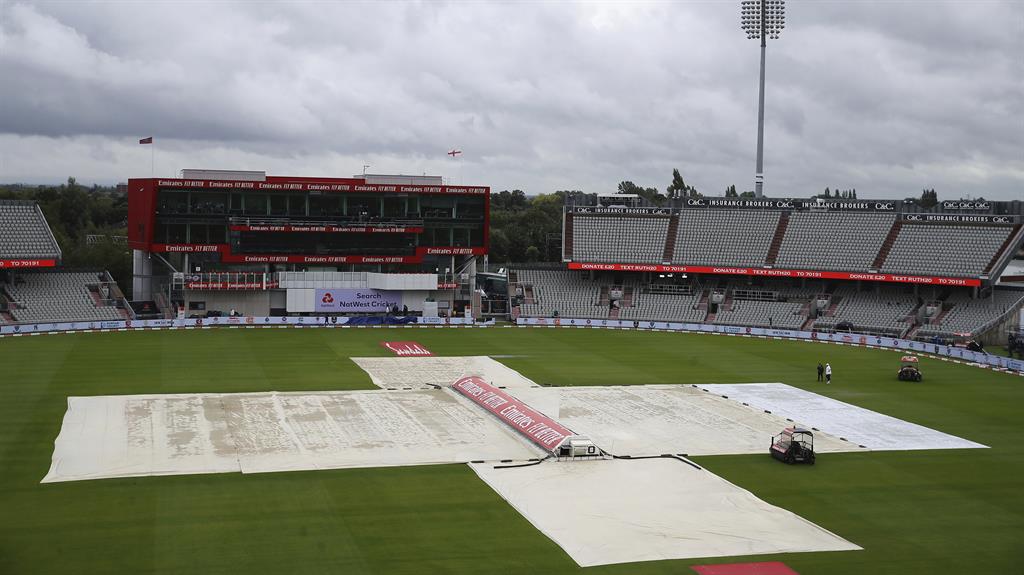 Having set the Windies a notional target of 399, Broad (pictured below) reduced them to 10 for two with his seventh and eighth wickets of the match.

That took the 34-year-old seamer to 499 career scalps and it is now a question of when, not if, he joins team-mate James Anderson in the exclusive 500 club.

Only six bowlers in history have achieved that mark, with Anderson, Glenn McGrath and Courtney Walsh the only pacemen. 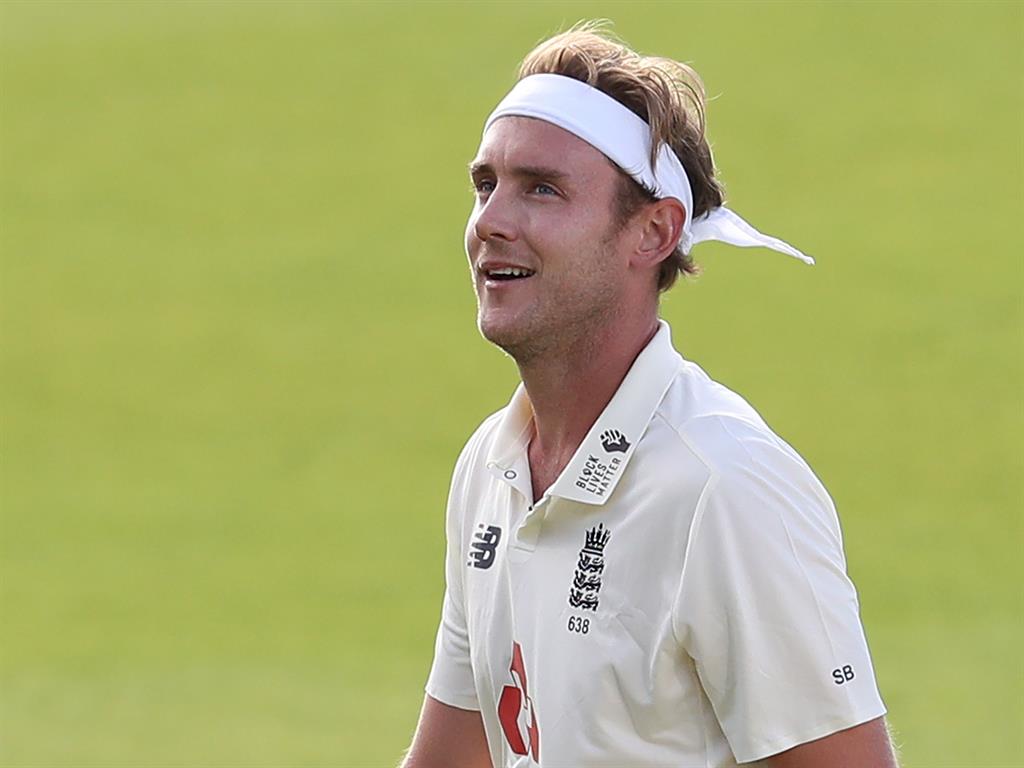 The bad weather has played into the West Indies’ hands, knowing a draw is enough to see them retain the Wisden Trophy. But with 98 overs possible tomorrow England will still hope to have enough time to seal a 2-1 win.

Meanwhile, up to 2,500 fans will be allowed in to the first two days of Bob Willis Trophy action at Edgbaston and the Kia Oval as the phased return of live sporting crowds continues.

Both grounds were selected to host pilot events this week, with 1,000 spectators taking in Surrey’s friendly against Middlesex on Sunday and the same number welcomed at Warwickshire’s match against Worcestershire tomorrow.

Now the government’s guidelines will be tested with even more people in attendance, with the capacity lifted by more than double on August 1-2, when Surrey and Middlesex meet again and the Bears take on Northamptonshire in the new first-class competition.

Neil Snowball, managing director of county cricket at the England and Wales Cricket Board, said: ‘We’re all excited about the start of the county cricket season, and of course we all miss not being able to go and watch as we normally would.

‘These two pilots are an important step in testing the Government guidance and ensuring we can safely open our grounds again.’

No fans have been allowed in to England’s bio-secure Test series against the West Indies and that looks likely to be the case for the remainder of the international summer, which takes in tours from Ireland, Pakistan and Australia.