ENGLAND fly-half George Ford believes Japan can advance deeper into the World Cup if they maintain the stunning form shown in progressing to the knockout phase.

The hosts have toppled heavyweights Ireland and Scotland en route to setting up an historical first appearance in the quarter-finals where they face South Africa at Tokyo Stadium on Sunday. 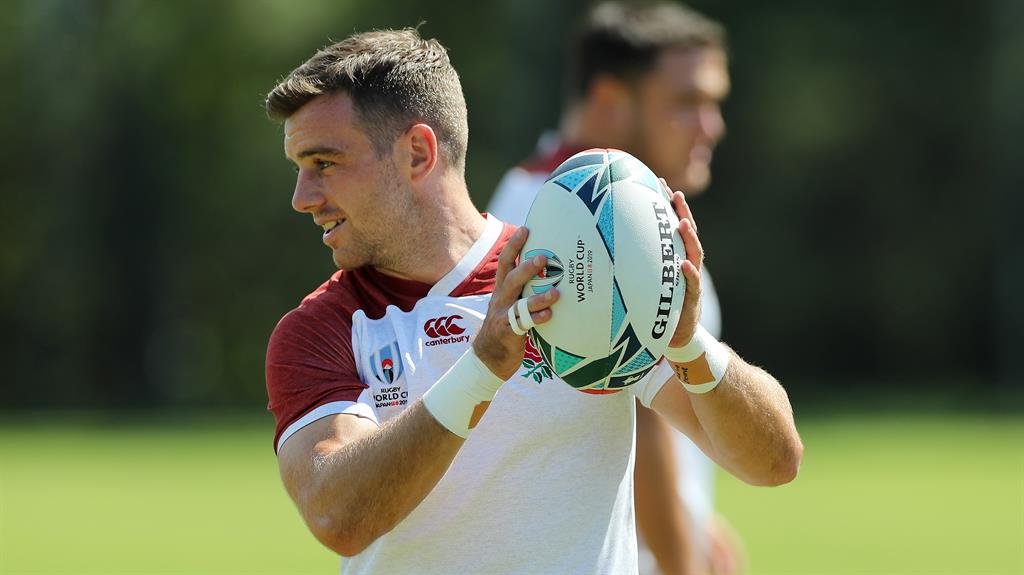 A gripping 28-21 victory over the Scots has lifted them to seventh in the global rankings — the highest position they have ever held — and Ford (pictured above) is impressed by how they make the most of their strengths.

‘It’s knock-out games now, so it’s about whoever plays best on the day, and Japan have a bit of momentum behind them,’ Ford said.

‘I’m sure the country is getting behind them as well, but we will see how they get on. I’m not surprised they have gone well — they have some belief.

‘From what I believe, they have had a fair bit of time together to prepare for this World Cup.

‘They play to their strengths and that is fast, moving the ball into space. But they can also carry, are good at the breakdown, slowing it down and kicking at the right time.

‘Teams try to maximise their strengths — whatever they believe they are — and that makes them no different to us.

‘When we played them at Twickenham in November they were pretty good, especially the first 40 minutes.’

Japan survived a late fightback by Scotland to secure their place among the World Cup elite in a match that was under threat of being cancelled due to Super Typhoon Hagibis.

‘I thought it was a brilliant game, it lived up to the hype. I was really impressed with how controlled and accurate they were,’ Ford said.

‘You could see how the momentum shifted between the teams throughout the game, with each team getting on top.’

‘It was great to have them in, watching what we do then having discussions with them. They have a different way of looking at things and a different approach,’ England scrum coach Neal Hatley said.

‘You can’t help but be enthralled at the speed of their game, but it also suits the players they’ve got.

‘I also sometimes like five five-metre scrums in a row and line-outs. The beauty of our game is that it involves all sorts.’

England travel to Oita today where they will step up preparations for their quarter-final against Australia, a team they have beaten six times in a row.

‘Our record against Australia is irrelevant. Completely irrelevant. What has gone on in the past doesn’t matter,’ Ford said.

‘It is all about this week, all about the game on Saturday, we will make sure we are ready.’