EDDIE JONES’ emphasis on versatility will help England cope with all eventualities, according to his assistant John Mitchell.

Gloucester wing Ollie Thorley has been running as a flanker in training this week while back row Ben Earl is seen as an option at centre, with Jones keen to have ‘hybrid’ players who are comfortable operating either as forwards or backs.

The head coach has even suggested he could field nine forwards against a Georgia side whose greatest weapon is their scrum when England begin their Autumn Nations Cup at Twickenham on Saturday. 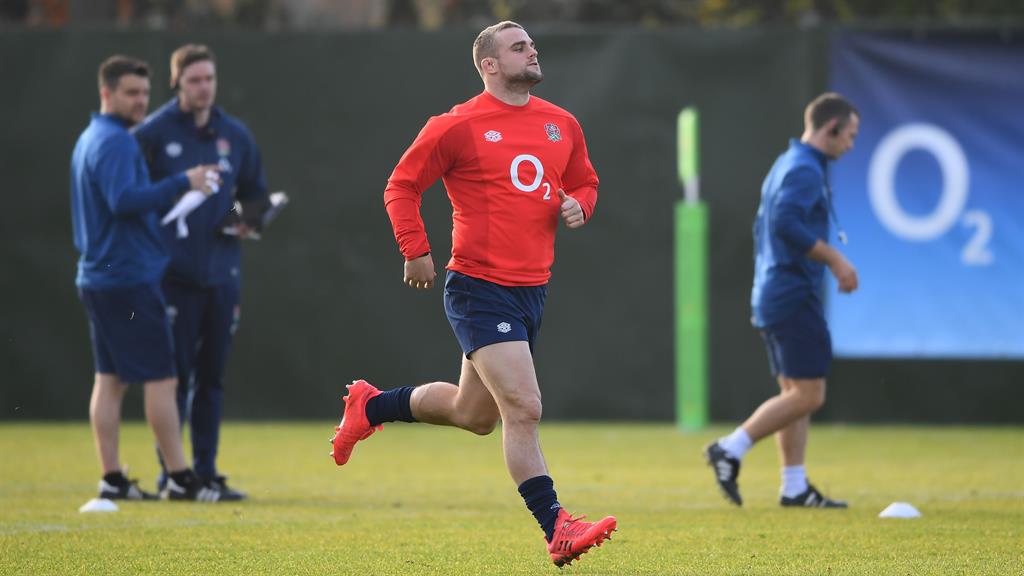 Mitchell said: ‘We’re working hard on all aspects of our game but obviously there are key areas around the scrum and we’re looking forward to that challenge.’

The defence coach insists having adaptable players has never been more important, pointing to Australia’s 24-22 win over New Zealand in Brisbane at the weekend when both sides had a player red-carded in the first half for a dangerous tackle.

‘It creates permutations, should you get a good acceleration and learning in that particular area when you do that,’ he said.

‘It’s something our players embrace because it’s just another way of learning that you might be called upon in a different position. You only have to look at the number of cards that were presented in the last Rugby Championship match between New Zealand and Australia.

‘There are so many situations now where you are without players in positions and people have to be adaptable.’

Elliot Daly has overcome a shin problem and may replace George Furbank at full-back. Prop Joe Marler is also available after a knee injury but fly-half George Ford will not be available until later in the Autumn Cup due to an Achilles issue.