EDDIE JONES has sought to expose a chink in New Zealand’s armour by declaring all the pressure is on the All Blacks entering Saturday’s World Cup semi-final.

England approach a seismic collision at International Stadium Yokohama as significant underdogs but Jones believes they can play without the burden of vast expectation shouldered by their rivals.

The All Blacks (below) are the reigning world champions and are determined to lift the Webb Ellis Trophy for a third successive time, placing them on a pedestal that Jones (pictured top) believes could crumble. 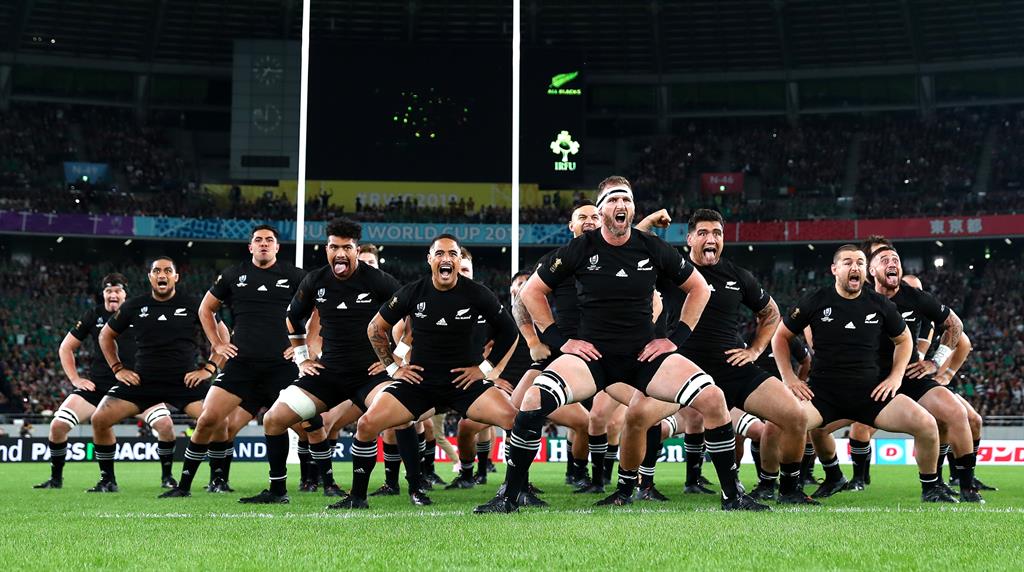 ‘New Zealand talk about walking towards pressure, well this week the pressure is going to be chasing them down the street. That’s the reality of it, that’s how we’re approaching it,’ he said.

‘We don’t have any pressure. Put up your hand if you think we can win (no one puts their hand up). There you go, so no one. No one thinks we can win.

‘So there’s no pressure on us, we’ve just got to have a great week, enjoy it, relax. Train hard and enjoy this great opportunity we’ve got, whereas they’ve got to be thinking about how they’re looking for their third World Cup.

‘I don’t think they are vulnerable but pressure is a real thing. The busiest bloke in Tokyo this week will be Gilbert Enoke, their mental skills coach.

‘They have to deal with all this pressure of winning the World Cup three times and it is potentially the last game for their greatest coach and their greatest captain and they will be thinking about those things.

‘Those thoughts go through your head. It is always harder to defend a World Cup and they will be thinking about that and therefore there is pressure.

‘We’ve got nothing to lose, that’s the exciting thing for us. We can just go out there and play our game. If we’re good enough we’ll win, if we’re not good enough we’ve done our best.

‘Seventeen of our players went on the Lions tour to New Zealand. They went down there, they played in their back yard.

‘They know they’re human. They bleed, they drop balls, they miss tackles like every other player. It’s our job to take the time and space away so that we put them under pressure.’

Swelling the support for New Zealand is the Japanese population, 60 million of whom watched the hosts overcome Scotland to reach the quarter-finals for the first time in the nation’s history.

Once Japan lost to South Africa on Sunday, Jones knew they would always throw their weight behind the world champions even though he successfully coached the Brave Blossoms at England 2015.

‘There are 120 million Japanese people out there whose second team are the All Blacks,’ he said.

‘I’ve seen all the All Black jerseys around, I even have to tell my wife to stop barracking for them!

‘The Samurais are mystique characters in Japanese history and it’s the same for the All Blacks. Japanese love the haka and all that goes around that, so that’s their second team.’

Jones was speaking on the day Emperor Naruhito formally ascended to Japan’s throne at the imperial palace in Tokyo.

When asked about the occasion, England’s head coach said: ‘It’s a change in history isn’t it?

‘Progressively we’ve built a game that we think we can take New Zealand with and we’ve done that over the last two-and-a-half years. We’re just excited by the possibility.’