BACK in April, on the day when the Edinburgh Festival Fringe Society announced that this year’s incarnation of the world’s biggest arts festival would be cancelled, award-winning Scottish playwright Gary McNair was having a Zoom chat with Francesca Moody — producer of the original theatre production of Fleabag. The conversation took in the state of the arts and what would happen next.

‘I said, “Don’t worry, because I’m going to do the Shedinburgh Fringe from here [the makeshift writing shed in his garage],”’ recalls Gary. ‘It was just a joke; whenever there’s an opportunity to do so I will pun and pun. She laughed and we moved on then she phoned me a month ago and said, “You know your Shedinburgh idea? What are you doing about it?”’

Although Gary — whose critically acclaimed plays include A Gambler’s Guide To Dying, Letters To Morrissey, Locker Room Talk and After The Cuts — was only joking about the idea, Francesca took it more seriously, and together they started coming up with a way of sharing 24 shows over three weeks while raising money to help other theatre-makers bring work to Edinburgh next year. 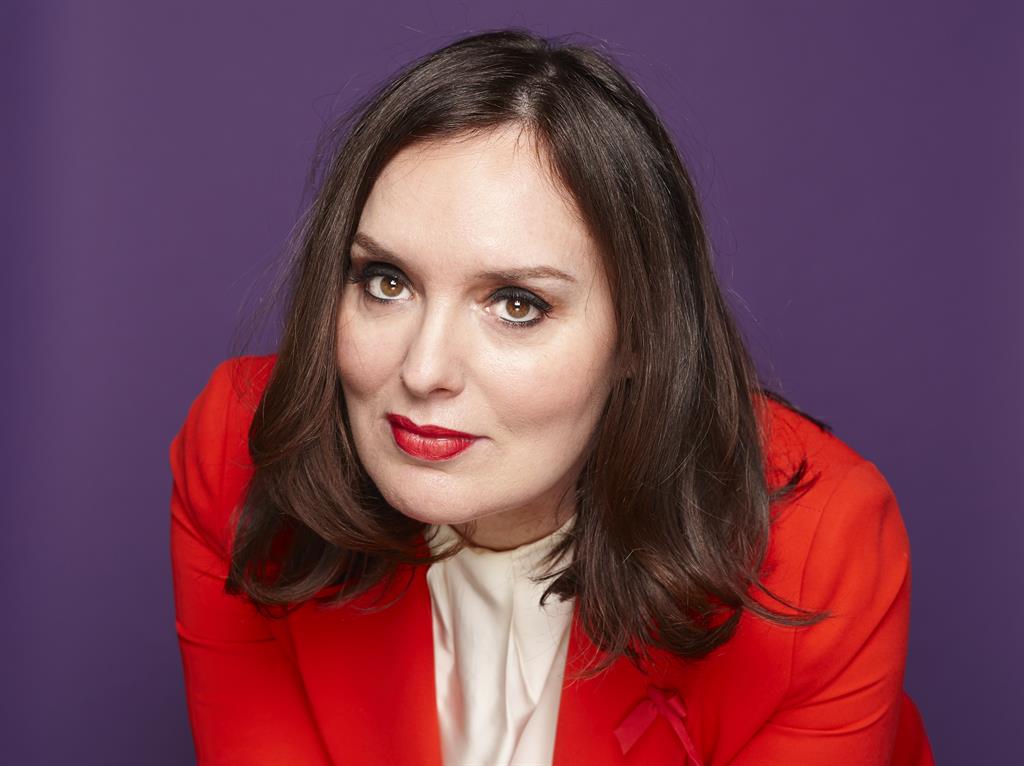 All the Shedinburgh shows will be performed from sheds, either in people’s gardens, or constructed in the Traverse Theatre in Edinburgh or the Soho Theatre in London. They’ll either be live or as live.

‘We really needed shows that worked with a single performer and had a connection with the festival. And we wanted shows and artists that we really like,’ says Gary. ‘It was amazing to see how many people were up for contributing their time, skills and work to pay it forward.’

The series kicks off today with Gary in McGonagall’s Chronicles, about ‘the world’s worst poet’, while performance highlights over coming weeks include Team Viking by James Rowland (August 17); Woke by Apphia Campbell and Meredith Yarbrough (Aug 19), Search Party by Inua Ellams (Aug 27) and Tim Crouch’s My Arm (Aug 28). 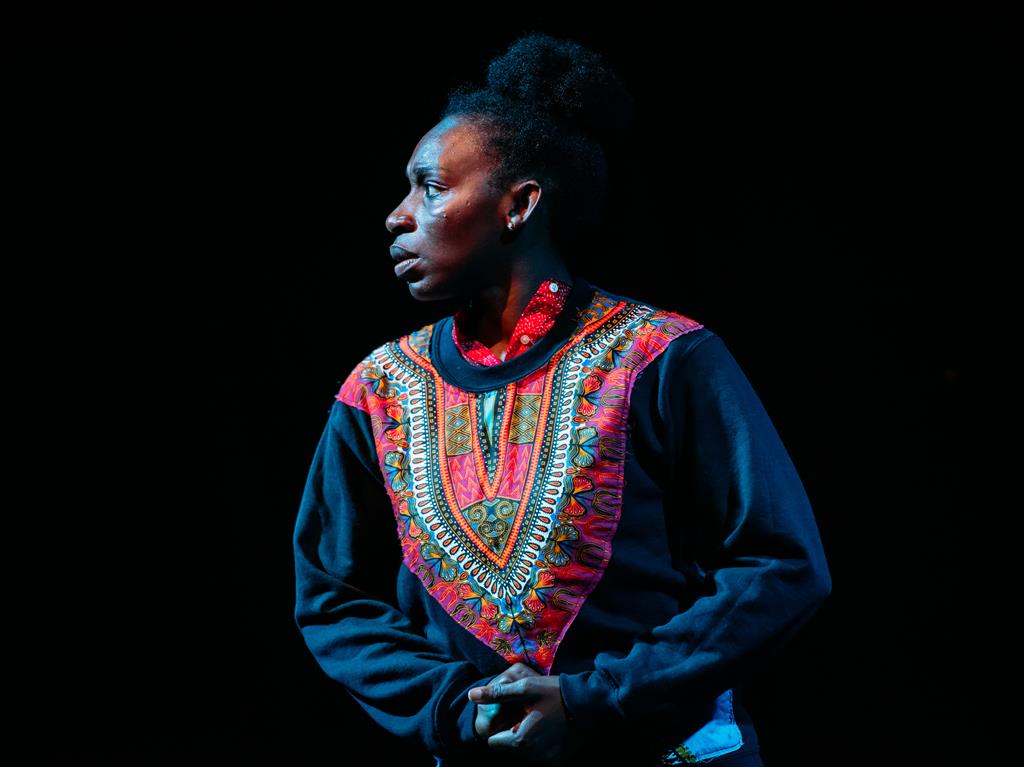 Unlike much of the work being streamed under lockdown, Shedinburgh shows can only be seen once, the aim being to replicate the communal theatre experience as much as possible. Gary explains: ‘One of the best things about theatre is being in the same room as other audience members: laughing together, crying together, and sharing the experience of this thing laid bare in front of them. Once it’s gone it’s gone.

‘When you know you can pause a show it starts feeling like telly, whereas if you’re watching it this way you’ve got to stay tuned in, just like you do in the theatre.’

And while many are calling for theatres to reopen as soon as possible, Gary hopes people will exercise caution until a vaccine is found. ‘I don’t think I’m the person to give the optimistic “it’ll be all right” thing, but I am the person to give the optimistic “artists are incredible and until we can go back to the theatre we will try to deliver something meaningful,” thing.

‘As much as theatre’s the thing I love the most, I don’t think we should be trying to rush anything until it’s safe and we can do it properly.’

Hit the net for some not-quite-at-fringe benefits

IT’S traditionally the month where every aspiring stand-up comedian descends on Scotland to show their wares at the Edinburgh Fringe — the biggest arts festival in the world.

That may be out the window this year, but a string of venues are coming up with ways to celebrate the Fringe and keep the laughter coming — not least the Gilded Balloon, which is mixing new material with highlights from years gone by.

Their Greatest Ever Late’n’Live series, every Saturday on YouTube, celebrates the notorious late night Fringe institution with memorable sets from the likes of Dara O’Briain, Daniel Kitson, Dane Baptiste and Aisling Bea. Described as ‘the best line-up that never was,’ we are told that ‘bad language and offensive behaviour’ are guaranteed. 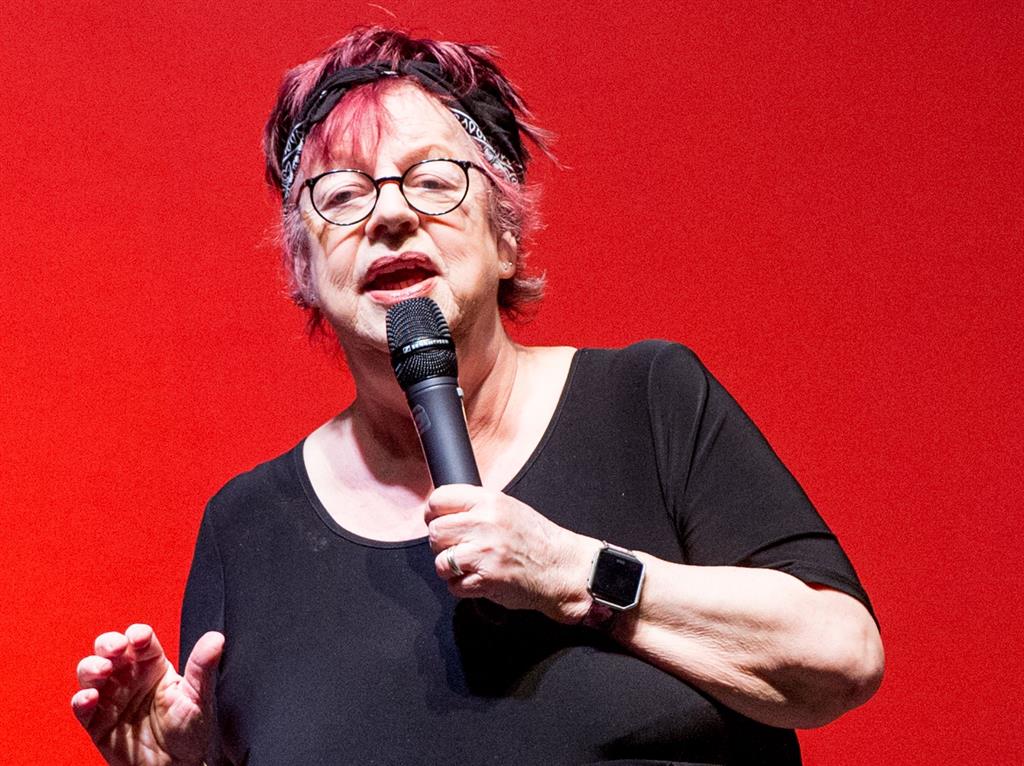 Meanwhile, So You Think You’re Funny? Best Bits on Aug 20 and 27, also on YouTube, features breakthrough performances from the likes of Hannah Gadsby, Sarah Millican and Seann Walsh.

Details of all the shows can be found at gildedballoon.co.uk.

Elsewhere, Alex Edelman has released the album version of his hit 2018 Edinburgh show Just For Us, on all streaming services. The show won him the Edinburgh Comedy Award for Best Newcomer and sees Alex reveal a surprise encounter with Prince William at The BAFTAs and discuss gorillas using sign language. ANDREW WILLIAMS