THE Queen has praised the results of a photographic project led by the Duchess of Cambridge to document the hopes and fears of lockdown.

Kate and a panel of judges selected 100 images from more than 31,000 entries for the Hold Still digital exhibition, which launched with the National Portrait Gallery in May.

People of all ages were invited to submit photos focusing on three themes — helpers and heroes, ‘your new normal’ and acts of kindness.

The Queen said of the exhibition, which goes live today: ‘The Duchess of Cambridge and I were inspired to see how the photographs have captured the resilience of the British people at such a challenging time, whether that is through celebrating frontline workers, recognising community spirit or showing the efforts of individuals supporting those in need.’

Among the images were Never Without Her Grandma by Melanie Lowis, which evokes a little girl’s feelings of both sadness and hope. Kate previously said she had been ‘overwhelmed by the response to Hold Still, the quality of the images has been extraordinary, and the poignancy and the stories have been equally as moving’. 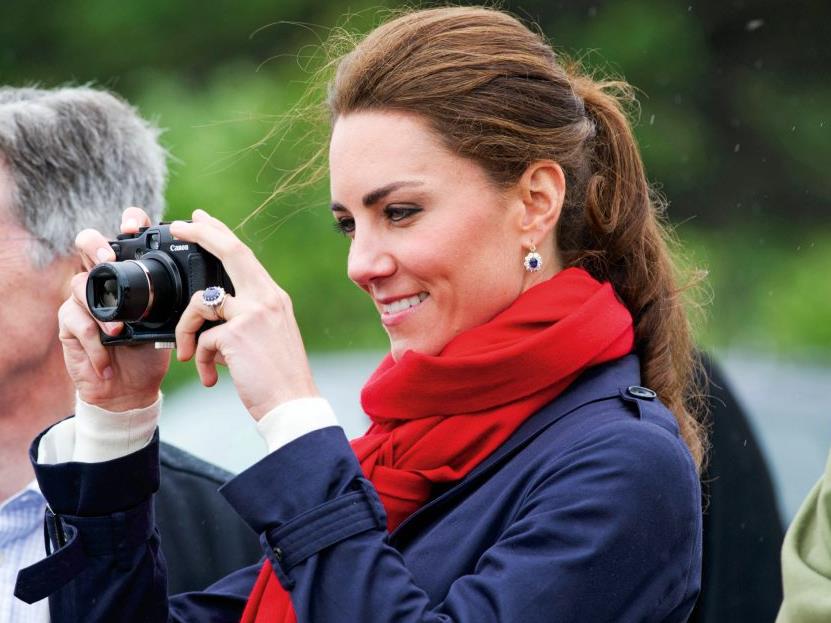 Judges included England’s chief nursing officer Ruth May, National Portrait Gallery director Nicholas Cullinan, writer and poet Lemn Sissay and photographer Maryam Wahid. A selection of the photos will be shown across the UK later in the year. The digital exhibition can be viewed at npg.org.uk/holdstill.