DUBAI’S ruler forcibly abducted and detained two runaway daughters against their will decades apart, the High Court in London has found.

Sheikh Mohammed bin Rashid Al Maktoum, 70, ‘ordered and orchestrated’ the abduction and forced return to Dubai of Sheikha Shamsa, then 19, in August 2000 and of her sister Sheikha Latifa twice, in 2002 and again in 2018, according to a judgment.

The confirmation of rumours surrounding Sheikh Mohammed’s two older daughters came out of his legal battle with sixth wife Princess Haya Bint Al Hussein, 45, who fled to London last April with their two children after becoming ‘terrified’ of her husband. 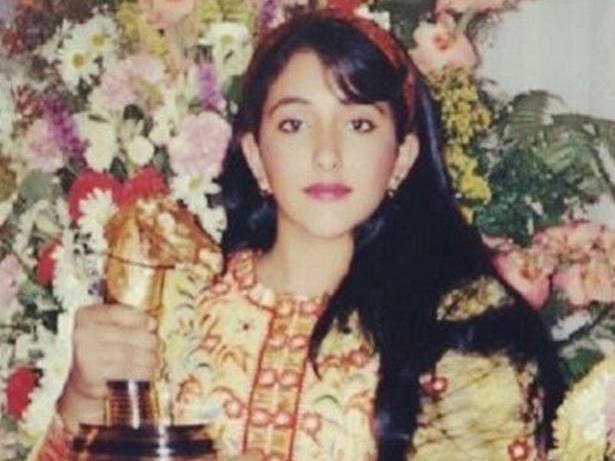 Sir Andrew McFarlane, the most senior family judge in England and Wales, found Shamsa, now 38, was abducted from the streets of Cambridge and ‘has been deprived of her liberty for much, if not all, of the past two decades’.

He said an immigration solicitor had received an email, reported to be from Shamsa (pictured above), in February 2001 that said her father had ‘sent four Arab men to catch me, they were carrying guns and threatening me’.

The email said she was driven to her father’s place in Newmarket and given ‘two injections and a handful of tablets’ before she was flown to Dubai. Det Ch Insp David Beck led Cambridgeshire Police’s inquiry into her disappearance, and sought permission from the Crown Prosecution Service to visit Dubai and interview potential witnesses, but his request was refused.

Sir Andrew also found Latifa, 35, was held ‘on the instructions of her father’ for more than three years after a first escape attempt in 2002.

Her second made global headlines after the publication in March 2018 of a video which she said would only be released if ‘I’m dead, or I’m in a very, very, very bad situation’.

Sir Andrew found proved claims that Indian special forces boarded a boat in international waters off Goa before Latifa was taken back to Dubai. He said she was ‘pleading for the soldiers to kill her’.

Princess Haya’s applications for her daughter Al Jalila, 12, and son Zayed, eight, to be made wards of court, and a non-molestation order for her own protection, were granted. She had also alleged Sheikh Mohammed had arranged for Jalila — 11 at the time — to be married to the Crown Prince of Saudi Arabia, Mohammed bin Salman.

But the evidence for that fell ‘well short’.

All the findings, which are vehemently denied by Sheikh Mohammed, have been made on the balance of probabilities.

The sheikh said: ‘As a head of government, I was not able to participate in the court’s fact-finding process. This has resulted in the release of a “fact-finding” judgment which inevitably only tells one side of the story.’