William Heagren admitted causing death by dangerous driving after reversing 100ft into Jeanette Newman, 64, in a Sainsbury’s car park. He also ploughed into her friend, Sarah Taylor, 53, who suffered a stroke and ‘life-changing’ injuries, the court heard.

Heagren had bumped into a bollard in South Ruislip, west London in May 2018. The shunt left him ‘raging’ with himself for ‘being a bloody fool’. He got back into the car, wrongly put it into reverse and then hit the wrong pedal.

An expert collision investigator concluded it was ‘a classic case of pedal confusion’, the court was told.

Last night Ms Newman’s ‘devastated’ partner, Andrew Roberts, called on Boris Johnson to introduce compulsory driving tests for motorists when they turn 70. The 58-year-old facilities manager said: ‘I take no pleasure from seeing Mr Heagren jailed. But we need a change in the law on older drivers.’

Mr Roberts wants a mandatory practical test for all drivers when they reach 70, which should be supplemented by a compulsory annual medical at 75. 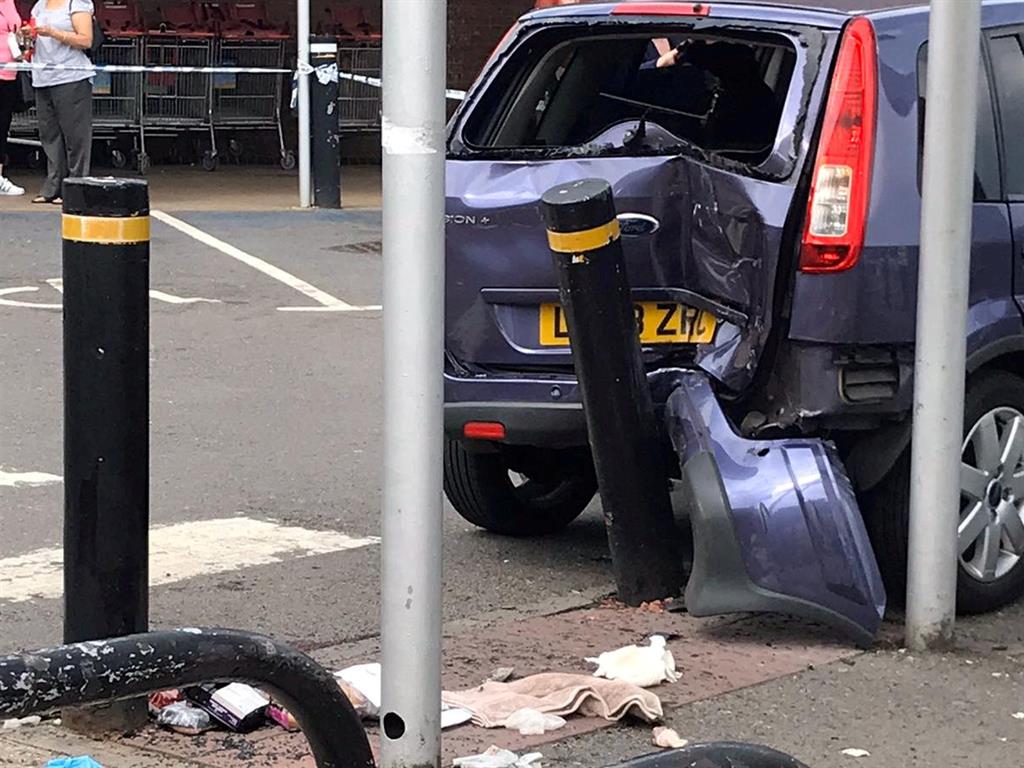 For those aged 85 and over, there should be an annual medical and a practical test every two years.

Currently, when drivers turn 70, the DVLA sends them a form in which they have to declare their fitness to drive. They then have to renew their licence every three years. ‘Asking people to self-regulate in this way is clearly not working,’ Mr Roberts said. ‘I appreciate that for some older people driving is a lifeline, and many do so safely.

‘But a test needs to be passed at the start of someone’s driving career. The same should apply once someone reaches 70. With an ageing population, it’s too big a risk.’

Jailing Heagren, of Harrow, north-west London, at the town’s crown court yesterday, judge Lana Wood said: ‘The vehicle was completely out of control.’