PEOPLE have been carrying out mundane household tasks in their best clothes — including ballgowns and wedding dresses.

Thousands have joined a Facebook group called Put Your Bins Out In Your Ballgown where users upload footage of themselves dressed in their finest attire.

Several members have submitted videos of putting their bins out in their best clothes to keep themselves amused during the conoravirus lockdown.

Others have been cutting grass in tuxedos while one woman even filmed herself jogging on a treadmill in her wedding dress.

The group was set up by Angie Emrys-Jones, 43, who is director of a charity and was nominated for a national award but the black-tie ceremony was cancelled due to the pandemic.

All dressed up with nowhere to go, Angie, from Truro, Cornwall, decided to start wearing her ballgown around the house and shared pictures of herself with friends.

They loved it, which spurred Angie on to create her Facebook group and soon the idea spread. 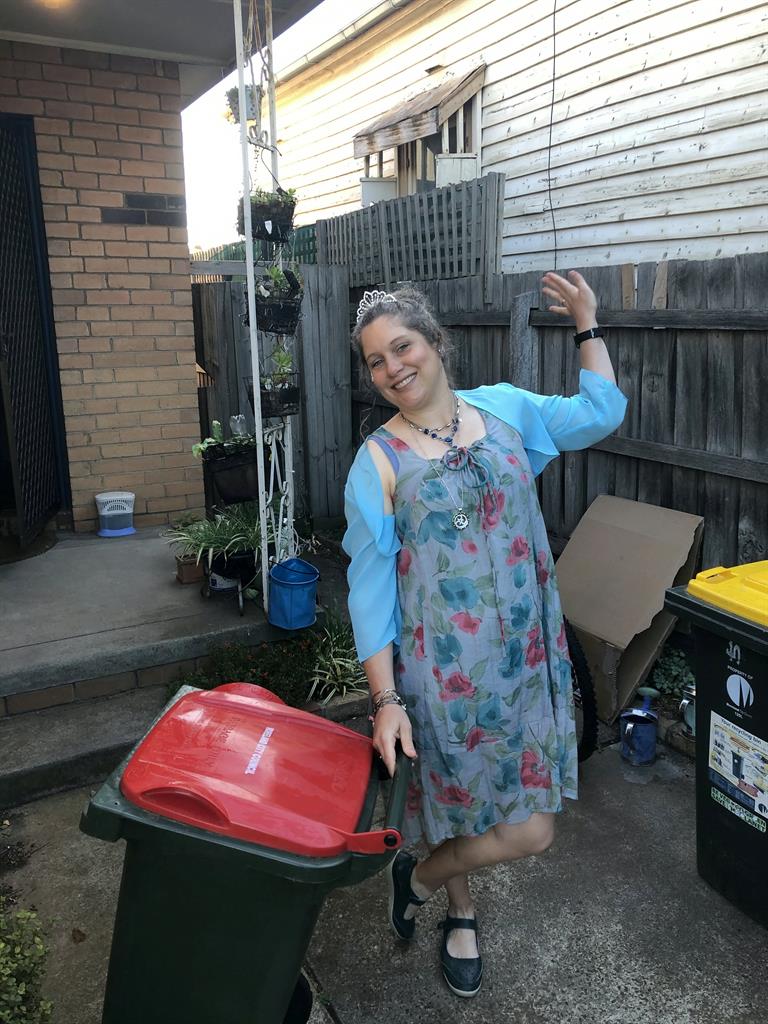 Now Angie, director of Cornwall Accessible Activities Programme, is managing the group which has gathered more than 10,000 members in under a week.

She said: ‘I took some pictures and put them on Facebook, just of us having a laugh. A friend messaged me saying I should do something with them because they were funny.

‘The next day I set up the Facebook page Put Your Bins Out In Your Ballgown.’

Angie was stunned to receive applications from people to join from all over the world.

Soon the group had 10,000 members, from the USA, Australia, Hong Kong and Switzerland among others, many of whom were submitting pictures and video.

Angie added: ‘I just thought it would be for a few of my friends, but by the end of the first day we had 1,000 members — it went crazy.

‘It’s all people who are in lockdown, the idea is not to save anything for a better day but to enjoy it now. It’s about making the mundane more exciting.

‘It’s about getting in the spirit of it and treating yourself, making the most of lockdown. We’re just trying to make things more fun while people are stuck inside.

‘It’s mostly mums, but there are a few dads. I want children to remember this as the time mum went mad in her wedding dress.

Members of the group said it had put a smile on their faces during a difficult time.

Vicky O’Lenskie asked: ‘What colour of bin are you putting out this week?’ while wearing a ballgown to put out her refuse and drinking a glass of champagne.

Lee Jackson, who dressed as a medieval warrior, said: ‘Sire, I must make haste for ‘tis the morrow thine fine gentlemen collect thy discarded waste and sediment.