The curtain fell on the BBC One drama with a storyline involving the Queen Vic’s new owners.

Soap expert Sharon Marshall said: ‘This is the season finale, if you like, the last of the episodes filmed pre-lockdown.’

Filming — halted by the coronavirus pandemic — is due to resume at the end of this month as EastEnders producers battle their way around social distancing measures for the cast and crew.

No date has been announced for its return to our screens, but viewers have been warned to expect shorter episodes than the usual 30 minutes.

Until then, Secrets From The Square, hosted by Stacey Dooley, starts next week. The series looks back at the soap’s drama-packed history in two episodes a week, on Mondays and Tuesdays. The opener will see Kellie Bright and Danny Dyer (Linda and Mick Carter) discuss their characters. 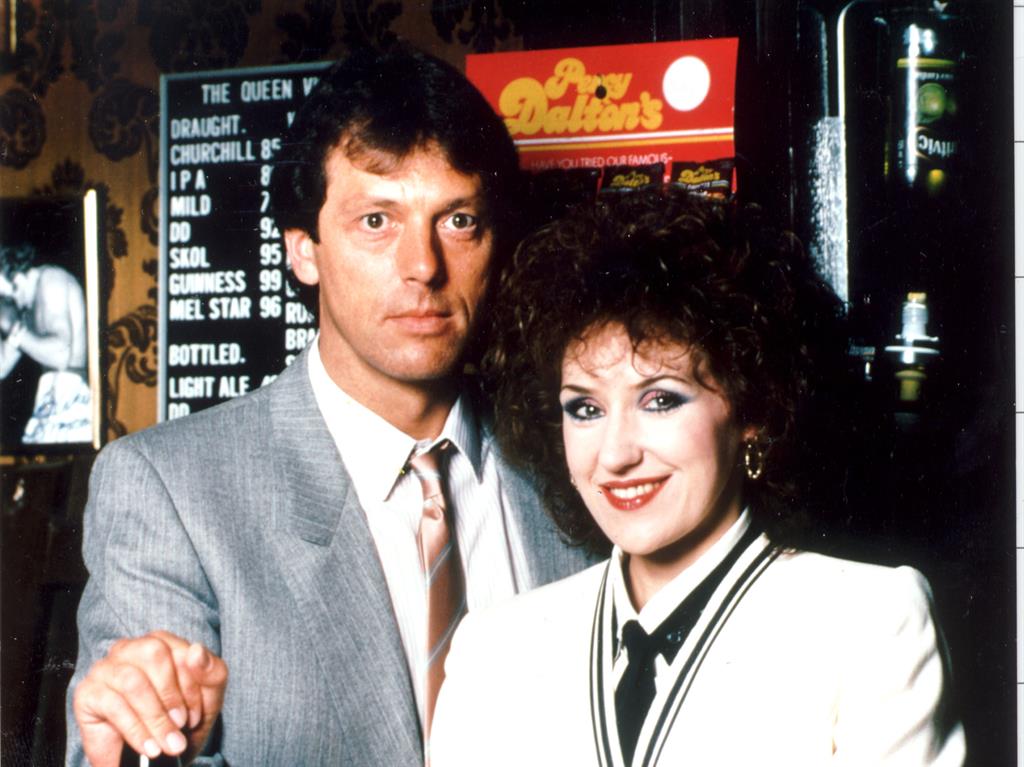 Other highlights include Dirty Den and Angie (pictured) from 1986, remembered for Angie (Anita Dobson) feigning a terminal illness to stop Den (Leslie Grantham) leaving her.

Emmerdale is imposing a limit of two characters to a scene while Coronation Street has a kissing ban and its older characters are only seen on Zoom.