THE Duchess of Cambridge talked about how fast George is growing up as she chatted with young mums yesterday.

Ms Koroma, whose four-year-old son Oliver gave the duchess a posy as she arrived, then sat with other parents to chat with Kate. 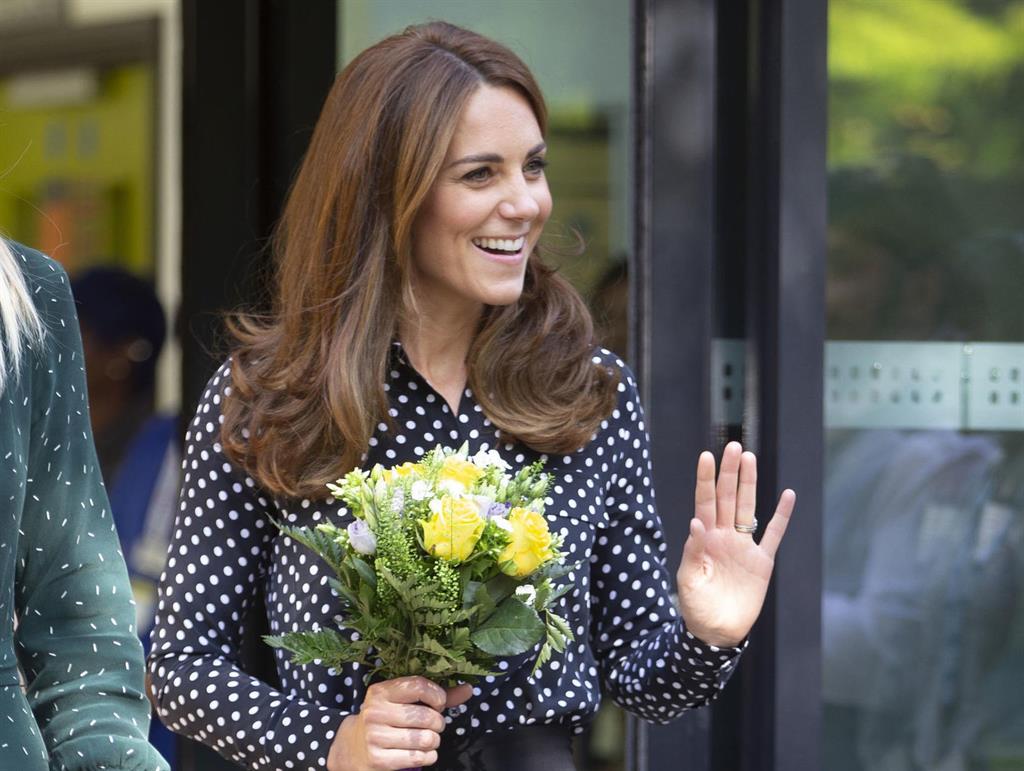 The full-time mother said later: ‘It was lovely meeting the duchess. She asked how old Oliver is and what football shirt he was wearing.

‘She said that children grow up so quickly and she can’t believe George is six already.’

Kate, who looked chic in a £224 navy polka-dot silk blouse by French label Equipment and cropped black trousers, also spent time talking to a young girl, who turned shy despite her warm smile.

Her comments come two weeks after George was pictured with four-year-old Princess Charlotte as the duchess took her for her first day at school.

The mum-of-three has an interest in the early years development of children and made the visit to learn more about the FNP scheme, which partners mothers aged up to 24 with a specially trained family nurse who visits regularly, from early pregnancy until a child turns two.

Ms Koroma, whose son was wearing a Huddersfield Town top as his uncle Josh plays for the team, added: ‘My nurse Debbie was fantastic throughout my pregnancy. I have biopolar and following the pregnancy I suffered from postnatal depression so I really appreciated her support.’

Much of the visit was in private so the duchess could discuss cases in confidence. She met the FNP team — one of 70 nationwide — on the visit to the Sunshine House Children and Young People’s Development Centre.

Kate is also patron of the children’s hospital Evelina London, which delivers the initiative in the London borough of Southwark.