BORIS JOHNSON likened coronavirus to an ‘invisible mugger’ as he ruled out an early end to the lockdown on his return to work yesterday.

The prime minister, appearing in public for the first time since he was admitted to hospital with Covid-19 on April 5, said Britain was coming to the ‘end of the first phase of the crisis’.

But he defied growing calls for him to reveal how and when the lockdown might be eased — warning that we are now at the point of ‘maximum risk’. Mr Johnson said outside No.10: ‘If this virus were an unexpected and invisible mugger, which I can tell you from personal experience it is, then this is the moment when we have begun together to wrestle it to the floor.

‘But I refuse to throw away all the effort and the sacrifice of the British people and to risk a second major outbreak and huge loss of life and the overwhelming of the NHS.’

Explaining why he believes Britain has gained the upper hand, Mr Johnson said the NHS had not run out of intensive care beds or ventilators as was feared.

He said the lockdown had slowed the spread of the virus, with each infected person now believed to be passing it to less than one other person on average.Apologising for being ‘away from my desk for much longer than I would have liked’, he said he shared the anxiety of business owners and furloughed staff who want an end to the restrictions.

But he begged them to ‘contain your impatience’, warning that relaxing the rules too soon would cause a second spike of cases.

‘That would mean not only a new wave of death and disease but also an economic disaster,’ he said. ‘We would be forced once again to slam on the brakes across the whole country in such a way as to do more and lasting damage.’

There have been signs that support for the lockdown is on the wane. The number of people out and about on foot or in their cars was the highest for a month, government data showed on Sunday. And figures for the rush hour yesterday morning showed that traffic congestion was creeping up in London, Edinburgh and Belfast.

Mr Johnson, who stressed that without businesses there would be no money to fund the NHS, vowed ‘one by one to fire up the engines of this vast UK economy’.

He said work on how the restrictions might be relaxed had been under way behind the scenes for weeks.

And he vowed to now consult business leaders and opposition parties so as to build the ‘biggest possible consensus’ on how to tackle the next phase.

But he said there will be no letting up until the government’s five conditions have all been met.

As well as falling death and infection rates and confidence that the NHS is able to cope, these include a guarantee that supplies of tests and personal protective equipment will meet demand. Ministers must also be satisfied that easing the rules would not lead to a second peak. 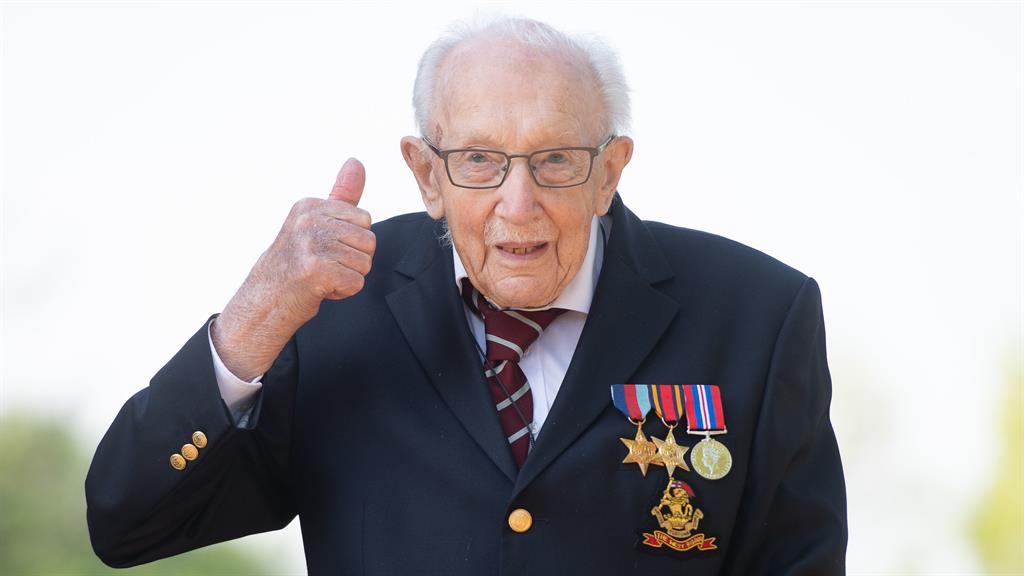 The PM praised Capt Tom Moore (pictured), who turns 100 this week after raising nearly £30million for the NHS with a sponsored walk and a charity single. ‘If we as a country can show the same spirit of optimism and energy shown by Captain Tom, if we can show the same spirit of unity and determination as we have all shown in the past six weeks, then I have absolutely no doubt we will beat this together,’ Mr Johnson said.