A Twitter user posted a picture of Pratt and other stars named Chris — Pine, Evans and Hemsworth — along with the caption: ‘One has to go.’ 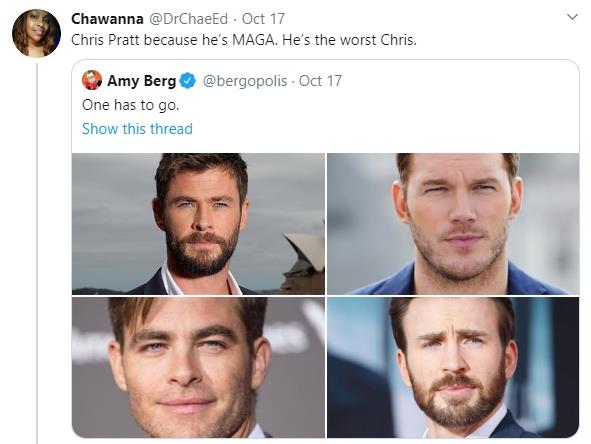 A majority of the comments appeared to be in favour of jettisoning Pratt, with many citing his alleged support for Donald Trump and the US president’s Make America Great Again (Maga) slogan, while others said he attends a church with anti-LGBT views.

But Downey Jr, who plays Iron Man in the Marvel films, has now defended Pratt, who portrays Star-Lord.

Alongside a picture of the pair together, Downey Jr said: ‘What a world… The “sinless” are casting stones at my brother, Chris Pratt… A real Christian who lives by principle, has never demonstrated anything but positivity and gratitude…

‘AND he just married into a family that makes space for civil discourse and (just plain fact) INSISTS on service as the highest value. 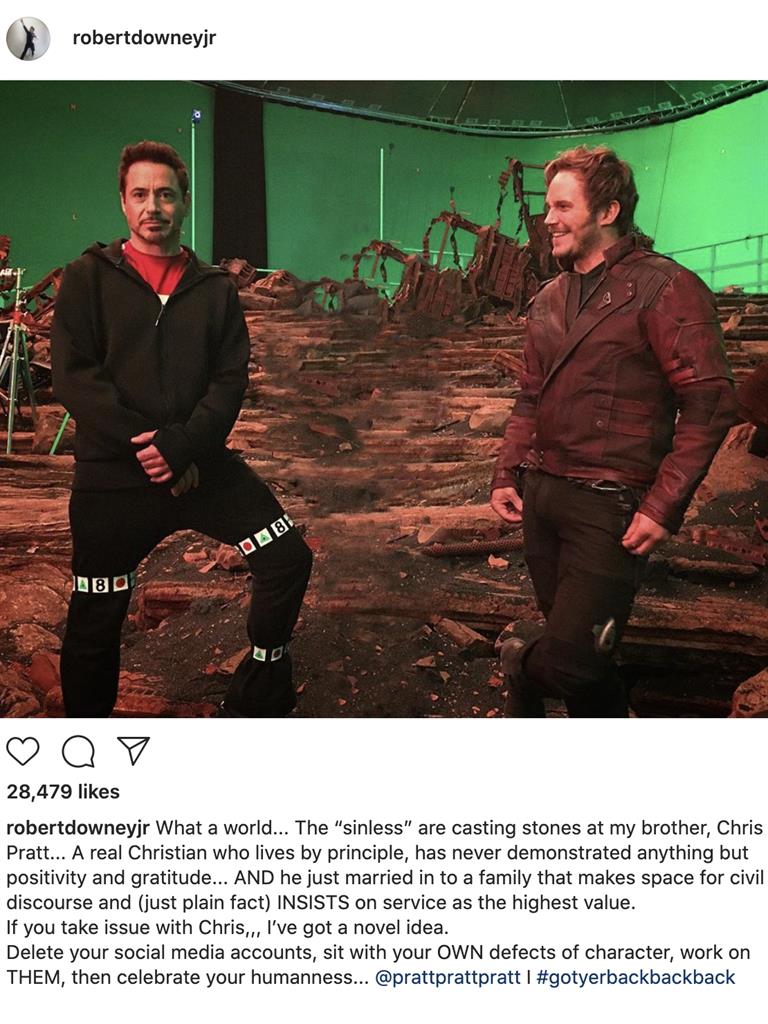 ‘If you take issue with Chris… I’ve got a novel idea. Delete your social media accounts, sit with your OWN defects of character, work on THEM, then celebrate your humanness…’

He was not the only star to defend Chris. Mark Ruffalo, who plays Hulk in the Marvel movies, said: ‘You all, @prattprattpratt is as solid a man there is. I know him personally, and instead of casting aspersions, look at how he lives his life.

‘He is just not overtly political as a rule. This is a distraction. Let’s keep our eyes on the prize, friends. We are so close now.’

And James Gunn, who directed Chris in 2014’s Guardians Of The Galaxy, tweeted: ‘Sorry. Just finding out about this nonsense. @prattprattpratt is the best dude in the world. I’ve spent hours & hours sharing my deepest truths with this man, as he has with me. Please stop assuming what he believes, politically or in any other way, because he’s a Christian.’ 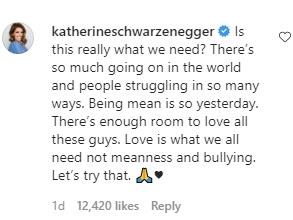 ‘Is this really what we need?’ she wrote. ‘There’s so much going on in the world and people struggling in so many ways. Being mean is so yesterday. There’s enough room to love all these guys. Love is what we all need not meanness and bullying. Let’s try that.’