DONALD TRUMP last night escaped impeachment as he was officially acquitted by the US Congress — but only after a last-ditch rebellion by fellow Republican Mitt Romney.

Senators voted by 52 to 48 to clear Mr Trump over accusations of abusing power and by 53 to 47 on a second charge of obstructing the investigation, an expected victory for him in the Republican-dominated House.

Yet he faced an impassioned attack by Utah senator Mr Romney, who told of struggling to sleep in recent days as Mr Trump’s official vindication loomed. 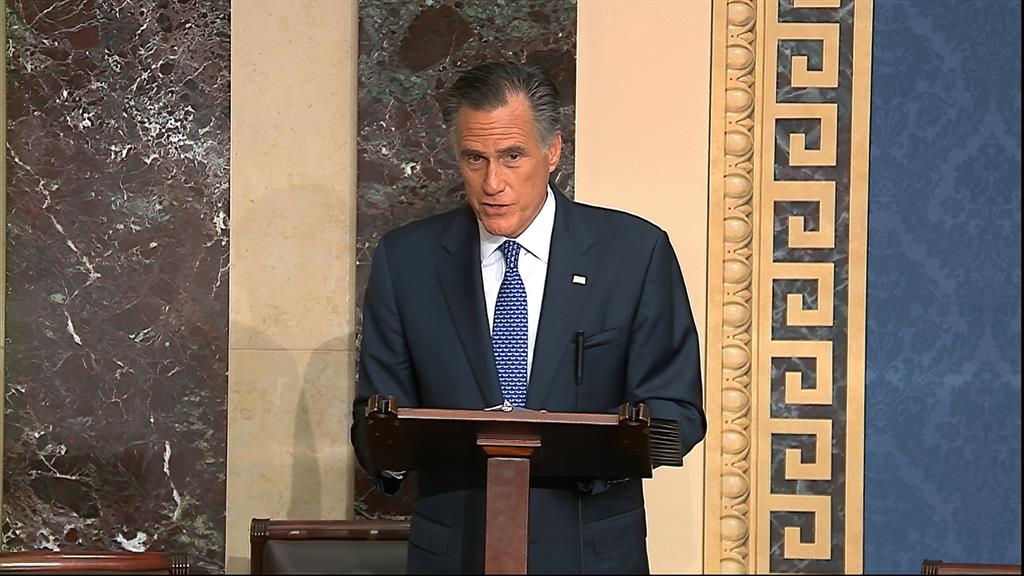 Mr Romney, defeated by Barack Obama in the 2012 presidential election, surprised many when he announced he would vote in favour of removing Mr Trump from office.

In an emotional speech in the Senate he said: ‘The president is guilty of an appalling abuse of public trust. Corrupting an election to keep oneself in office is perhaps the most abusive and destructive violation of one’s oath of office that I can imagine.’ Mr Trump faced the impeachment trial over claims he broke the law with alleged threats to withhold military aid to Ukraine unless they investigated Democrat rival Joe Biden. He denied any wrongdoing.

A two-thirds majority, 67 votes, was required to remove him from office.

Mr Trump’s son Donald Jr last night led an angry Republican backlash against Mr Romney, calling for him to be thrown out of the party. He tweeted that Mr Romney was ‘forever bitter’ he would never be president.

‘He was too weak to beat the Democrats so he’s joining them now,’ he posted.

THE US president’s nemesis Nancy Pelosi tore up a copy of his speech during ill-tempered scenes at the ‘state of the union’ address.

It came after Donald Trump refused to shake hands with the Democrat who helped spearhead his impeachment.

Afterwards, Ms Pelosi, speaker of the House of Representatives, said she made the gesture at the end of his speech after ‘trying to find one page with truth on it’. 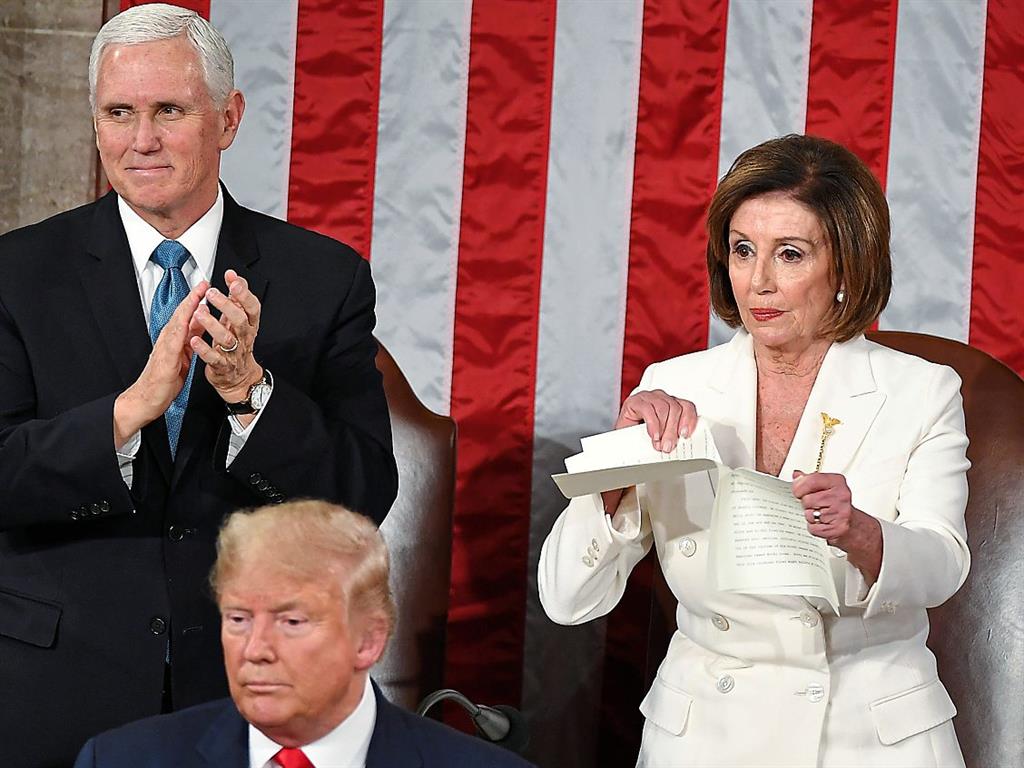 The president then retweeted more than two dozen posts criticising Ms Pelosi, including a call for her to be ‘forced to resign’. His speech, which was heavy on economic and immigration issues, was widely seen as a pitch to voters ahead of this November’s presidential election.

Meanwhile, the Democrats released initial results of the first round of voting to choose their presidential nominee. Former mayor Pete Buttigieg led the list of delegates but, due to a quirk in the caucus system, senator Bernie Sanders appeared to lead the popular vote.