The US president raised unsubstantiated allegations that the former vice president sought to interfere in 2016 with a prosecutor’s inquiry into his son, Hunter, who was on a Ukrainian gas company’s board.

The call is now at the centre of the Democrats’ impeachment investigation into Mr Trump, with senator Elizabeth Warren saying it was ‘a smoking gun’. 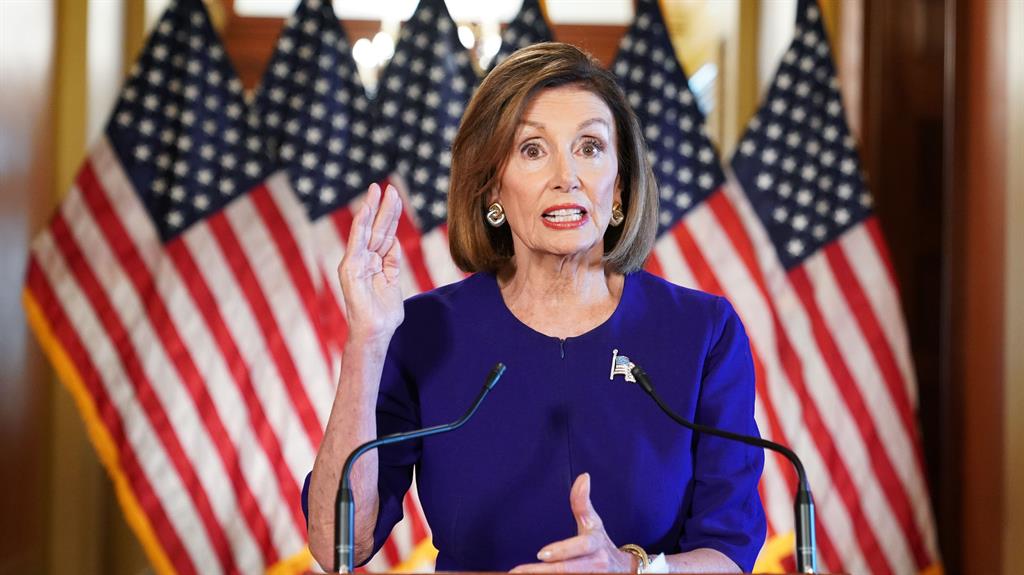 According to the transcript, Mr Trump told president Volodymyr Zelensky: ‘There’s a lot of talk about Biden’s son, that Biden stopped the prosecution and a lot of people want to find out about that. So whatever you can do with the attorney general would be great. Biden went around bragging that he stopped the prosecution so if you can look into it… It sounds horrible to me.’

Chairman of the House intelligence committee Adam Schiff called the president’s conversation ‘a classic mafia-like shakedown of a foreign leader’, adding: ‘The notes of the call reflect a conversation far more damning than I or many others had imagined.’

Its release came a day after House speaker Nancy Pelosi launched a formal impeachment inquiry against Mr Trump ahead of next year’s US election campaign.

Ms Pelosi (above) said asking a foreign government to undermine a political rival was ‘a betrayal of his oath of office’ and declared: ‘No one is above the law.’

But Mr Trump said it was a ‘witch hunt’ and tweeted: ‘There has been no President in the history of our Country who has been treated so badly as I have.’ He later said the transcript showed ‘a nothing call’.

In the days before it was made, he ordered advisers to freeze $400million (£321million) in military aid for Ukraine, which was later released, prompting speculation he was using the money as leverage for information on the Bidens.