GEORGIA voters headed to the polls yesterday in crucial run-off elections that could hand full control of the US Congress to Joe Biden’s Democrats.

The president-elect’s party, which already has a majority in the House of Representatives, needed to win both seats up for grabs in the state to take charge of the Senate.

That would clear the way for Mr Biden (pictured below) to pass laws on the pandemic, healthcare, taxation, energy and the environment. But outgoing president Donald Trump’s Republicans needed to win only one seat to keep the Senate under their control. 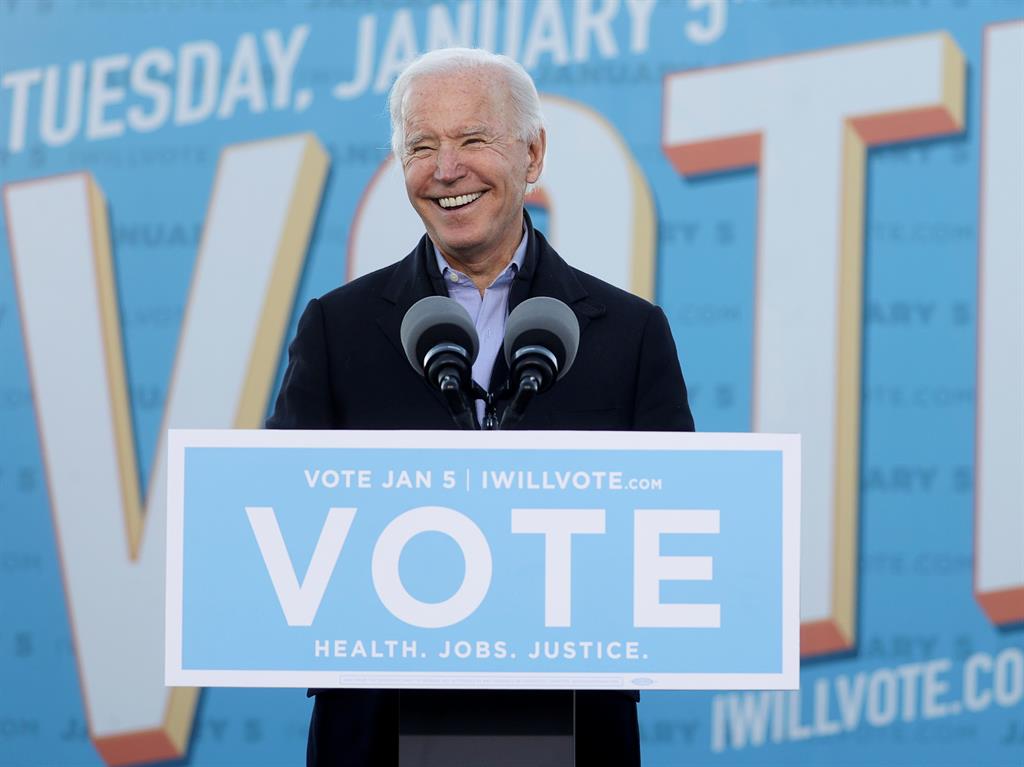 Both men headed to Georgia to drum up support for their parties’ candidates at last-minute rallies. But Mr Trump used much of his speech to bemoan his defeat in the presidental election, which he insists he ‘won by a lot’.

Declaring he would ‘fight like hell’ to hold on to the top job, he appealed to Republican lawmakers to reverse his election loss when they meet today to confirm the Electoral College vote.

Mr Biden, speaking at a drive-in rally in Atlanta, said Mr Trump ‘spends more time whining and complaining’ than he does working on solving the coronavirus crisis.

The 78-year-old, due to be inaugurated on January 20, added: ‘I don’t know why he still wants the job — he doesn’t want to do the work.’ The two Senate seats had been held by Republicans Kelly Loeffler and David Perdue.

But no candidate was able to secure the 50 per cent of votes needed for an outright win in November, leading to the run-off.

About 3million votes — out of an expected 5million — had been cast in advance amid the pandemic.

But a wait of several days for the result was thought likely, with no counting taking place until after the polls closed.

Meanwhile, Mr Trump’s last push to overturn the presidential election is splitting the Republicans. Some still back him but all ten living former defence secretaries — including Dick Cheney and Donald Rumsfeld — have signed an open letter saying ‘the time for questioning the results has passed’.

The vice-president Mike Pence presides over today’s Congress session and is under pressure from Mr Trump to stop the college vote being confirmed.