DONALD TRUMP has backtracked on his aim to reopen the US by Easter, extending a nationwide lockdown until April 30 at the earliest.

Amid projections showing up to 2.2million deaths, the US president insisted 100,000 would be ‘a very good job’, despite having previously predicted the US would escape the fatalities seen elsewhere.

Justifying his U-turn on an end to the lockdown yesterday, he said: ‘We want to do something where we have the least death.’

A 1,000-bed US Navy hospital ship, the USNS Comfort, has arrived in New York to help with relief efforts, just as it did after 9/11.

It will ease pressure on hospitals by treating non-coronavirus cases.

A field hospital has also been set up in Central Park.

Mr Trump (pictured) described ‘body bags all over, in hallways’ at Elmhurst Hospital in the New York City’s borough of Queens, where he grew up, which has been hardest hit.

‘I’ve been watching them bring in trailer trucks, freezer trucks, because they can’t handle the bodies, there are so many of them,’ he said. ‘I’ve seen things that I’ve never seen before.’

Infectious disease expert Dr Anthony Fauci has said up to 200,000 Americans could die, while suggesting cities such as New Orleans and Detroit could see similar surges as New York.

Meanwhile, New York mayor Bill De Blasio urged Washington to deliver 400 more ventilators, as he warned the city could also soon run out of masks, gowns and other supplies. 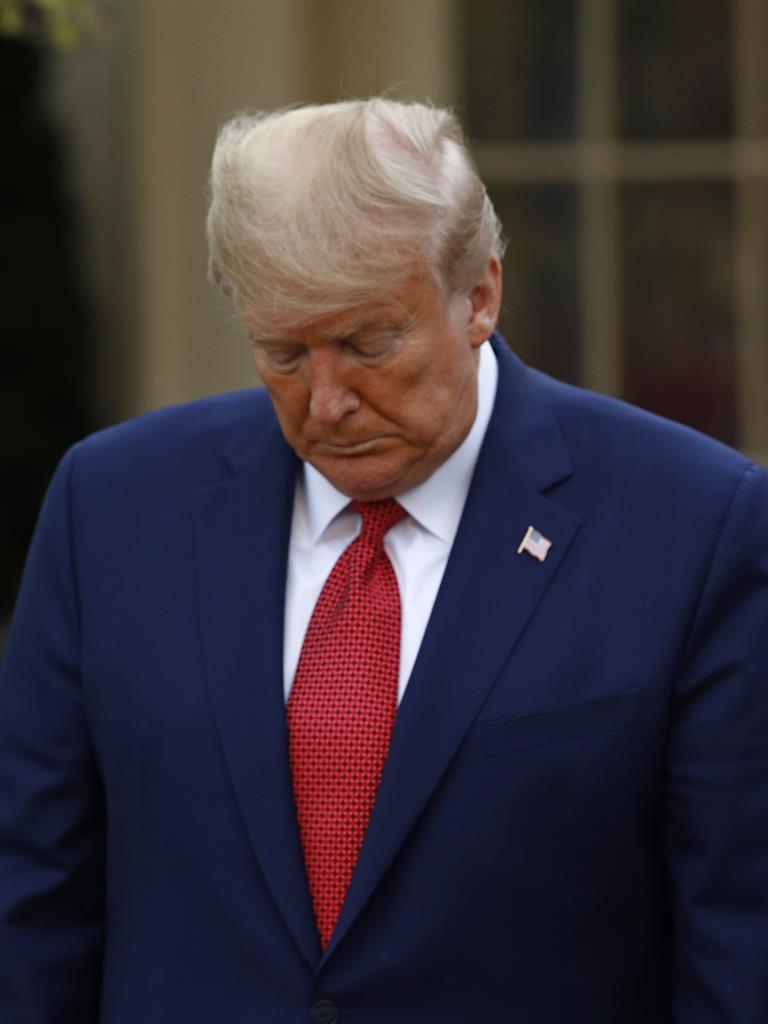 The mayor said: ‘It’s incredibly insensitive to people right now who are giving their all — I don’t know what the president is talking about.’