DONALD TRUMP has boasted about sending coronavirus aid to Italy as the death toll in the US surged higher than China and states begged for help.

The US president posed with testing kits being sent to Europe as part of a $100million (£80million) package following a conversation with Italian prime minister Giuseppe Conte.

Mr Trump (pictured below) told reporters: ‘We’re going to be sending approximately $100million worth of things, of surgical and medical and hospital things to Italy. And Giuseppe was very, very happy, I will tell you that — they’re having a very hard time.’ 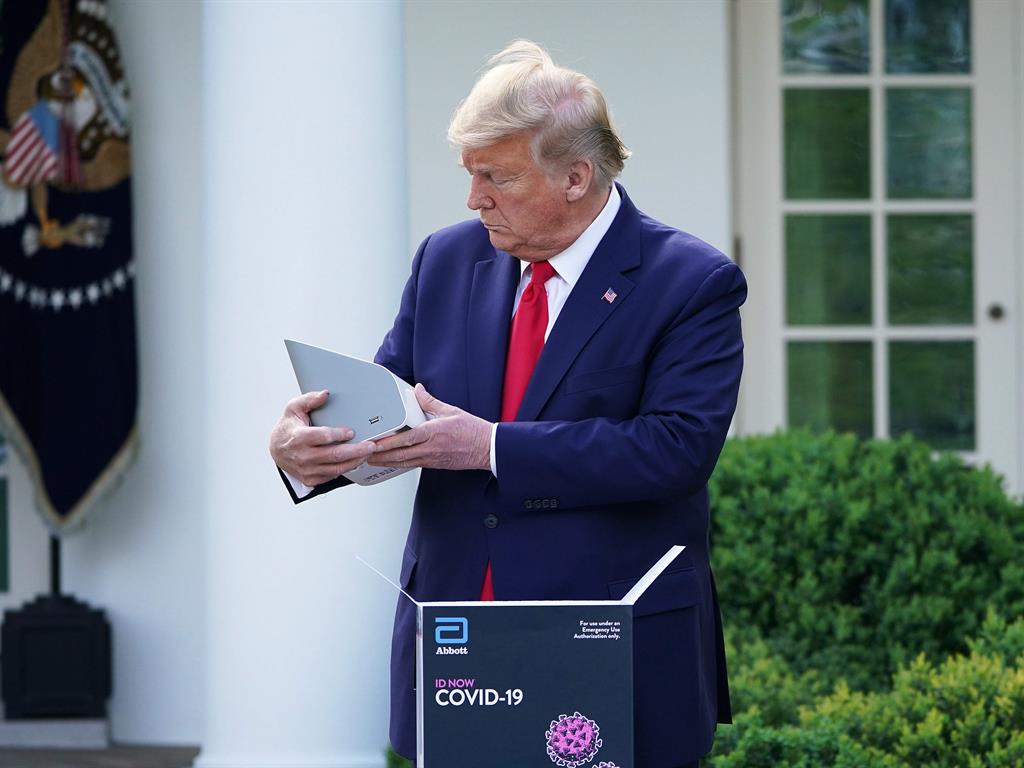 The US has the highest number of confirmed cases in the world, with latest figures from Johns Hopkins University suggesting 164,610 diagnoses. Deaths from the virus reached 3,393 yesterday while China’s reported toll was 3,305.

Meanwhile, New York state governor Andrew Cuomo made an impassioned plea for volunteers to ease the strain on his city’s doctors and nurses as he described the death toll there as ‘beyond staggering’.

He said a million extra healthcare workers could be needed in a state where there have been 75,795 infections and 1,550 deaths. Before his appeal, almost 80,000 former medics had come forward, while a US Navy hospital ship arrived on Monday and a 68-bed field hospital was built in Manhattan’s Central Park.

Montana governor Steve Bullock told of having orders cancelled because of federal requests and warned of ‘a real problem’ in the rural US without better testing. Mr Trump said more than 1million Americans had now been tested for Covid-19 — fewer than 0.5 per cent of the population.

He also suggested social distancing rules, which have been extended until the end of the month, could be toughened to force people to stay at home.

He said: ‘Every one of us has a role to play in winning this war — every citizen, family, and business can make the difference in stopping the virus.’

■ A GIRL of 12 in Belgium is believed to be the youngest person to die of coronavirus in Europe. It is not known whether she had any underlying health condition. Belgium, which has a population of 11.5million, yesterday said the death toll from the virus was 705, with 12,705 infections. Coronavirus spokesman Emmanuel Andre said officials expected a peak in cases in the coming days and hospitals will be ‘close to saturation point’. 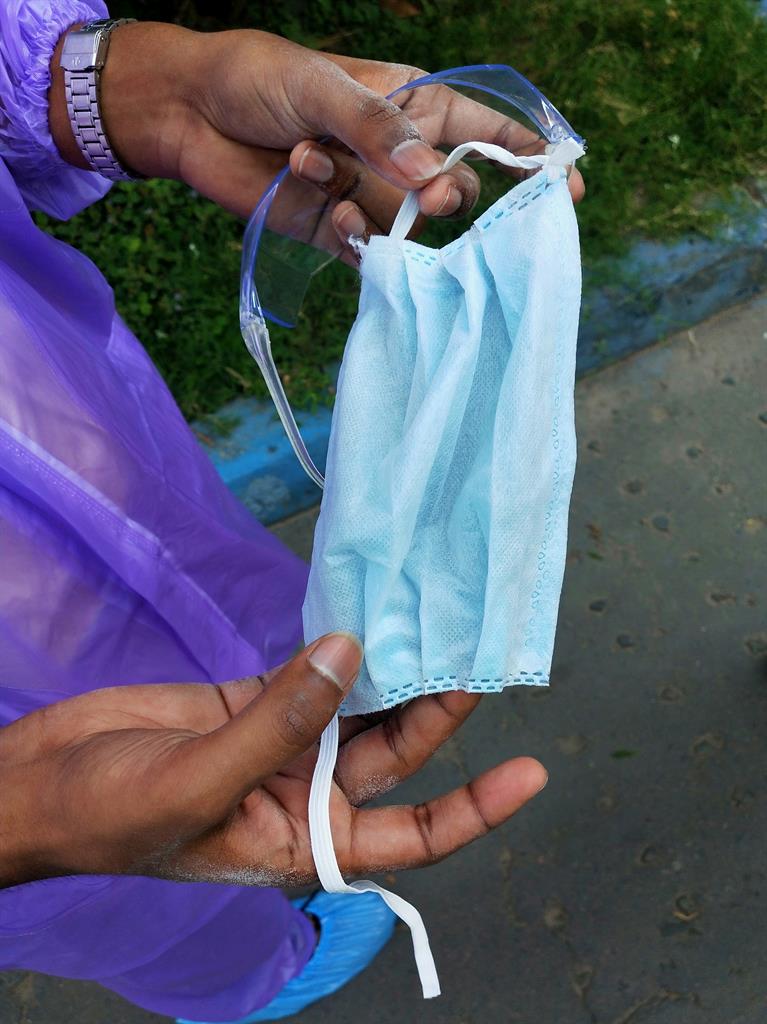 ■ DOCTORS are being forced to put on coats and motorbike helmets in India due to shortages of protective gear. In Kolkata, medics at Beliaghata Infectious Disease Hospital were given plastic raincoats to examine patients because there were no gowns. At another hospital, near New Delhi, a doctor was wearing a visored helmet because the only masks left were damaged. India’s official death toll is 32, with 1,251 confirmed cases among its 1.3billion citizens.

■ CHINA yesterday reported just one death from coronavirus and 48 new cases, claiming that all those had returned from abroad. In Wuhan, the epicentre for the outbreak, people were ready to jump, cry and ‘revenge shop’ as the city reopened. At the Chuhe Hanjie pedestrian mall around three-quarters of stores reopened.Staff limited the numbers allowed in while also dispensing hand sanitiser and checking customers for signs of fever.