DOMINIC RAAB has come under fire for saying ‘taking the knee’ is a symbol of subordination which originally came from TV drama Game of Thrones.

The foreign secretary said he would not make the gesture in support of Black Lives Matter because he only kneels for the Queen ‘and the missus when I asked her to marry me’.

He told TalkRadio: ‘This take the knee thing — which, I don’t know, maybe it’s got a broader history but it seems to be taken from Game of Thrones — feels to me like a symbol of subjugation and subordination, rather than one of liberation and emancipation. But I understand people feel differently about it, so it’s a matter of personal choice.’ 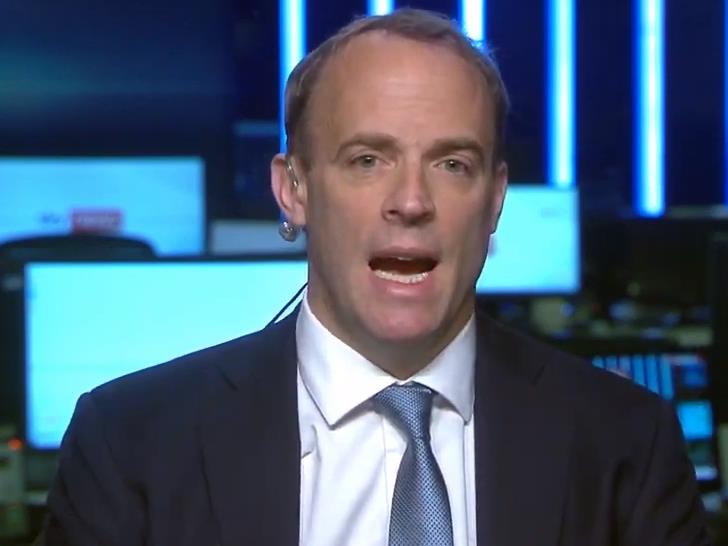 His comments drew a rebuke from shadow justice secretary David Lammy, who said: ‘This is not just insulting to the Black Lives Matter movement, it is deeply embarrassing for Dominic Raab. He is supposed to be the foreign secretary of the United Kingdom.’

Mr Lammy’s Labour colleague Diane Abbott, the first black woman to become an MP, tweeted: ‘Taking the knee began in 2016 with American athletes refusing to stand for US national anthem. They were protesting police brutality and racism.

‘But Dominic Raab thinks it comes from Game of Thrones!!!’ Labour leader Sir Keir Starmer has taken the knee, while some UK police officers have also done so at BLM demonstrations.

Premier League footballers have been making the gesture before their matches this week. The phrase ‘bend the knee’ — which crops up regularly in Game of Thrones as warring factions in the seven kingdoms battle to gain dominance — may have been the source of Mr Raab’s confusion.

Taking the knee shot to prominence in 2016 when American Football player Colin Kaepernick did it to protest against racism as The Star-Spangled Banner was played before a match.

But it can be traced back to 1965 when Martin Luther King stopped to kneel in prayer while leading hundreds of civil rights marchers outside Dallas County courthouse in Selma, Alabama.

After the backlash over his remarks, Mr Raab tweeted: ‘To be clear: I have full respect for the Black Lives Matter movement, and the issues driving them. If people wish to take a knee, that’s their choice and I respect it.’