A PET owner has spoken of her horror after her beloved dog was attacked by a ‘panther’ on a walk in woods.

Kayleigh Holmes, 31, had been out with husband Adam, 39, and their rottweiler cross Labrador Loki when they came face-to-face with the big cat on Sunday.

The one-year-old pooch bolted off into the woodland growling before re-emerging from the bushes with a bloody claw mark between his eyes (pictured above).

Mr Holmes, a manufacturing engineer, went to investigate and was frozen to the spot when he saw the panther-like creature lurking in Wakerley Wood, Corby, Northamptonshire.

The couple rushed their pet back to the car and drove home to Collyweston to report the incident to police.

They discovered Loki had also suffered cuts to his legs and took him to the vet the following day to get treatment for the wounds.

Mum-of-three Kayleigh, a full-time housewife, said: ‘It was about two or three times bigger than my dog and black. It was scruffy looking and had yellow eyes.

‘Loki comes up to my knees so he is not a small dog. It was a massive thing and I don’t know what else it could have been.

‘We noticed he was growling and then came back with this scratch mark between his eyes so my husband went into the woodland and that’s when he saw it.

‘It was at the bottom of a hill, it looked right at my husband and then just sloped off into the undergrowth. I think he was just frozen at the time.

‘It was about 20 metres away but he says it felt much closer than that. We got out of there as fast as we could.

‘When we got home we found Loki had injuries to his back legs as well as the cut to his face. You can see no domestic cat could cause that much damage.

‘We took him to the vet and they gave him anti-inflammatory medicine which seems to have worked so far. But if the wounds on the legs don’t heal we need further x-rays.

‘It has been a frightening experience and I won’t be taking the dog back there.

‘I contacted police and was told there had been similar reports by other people.

‘I’ve warned people on social media but a lot are saying that we are making it up. I can totally assure them we are not.’ 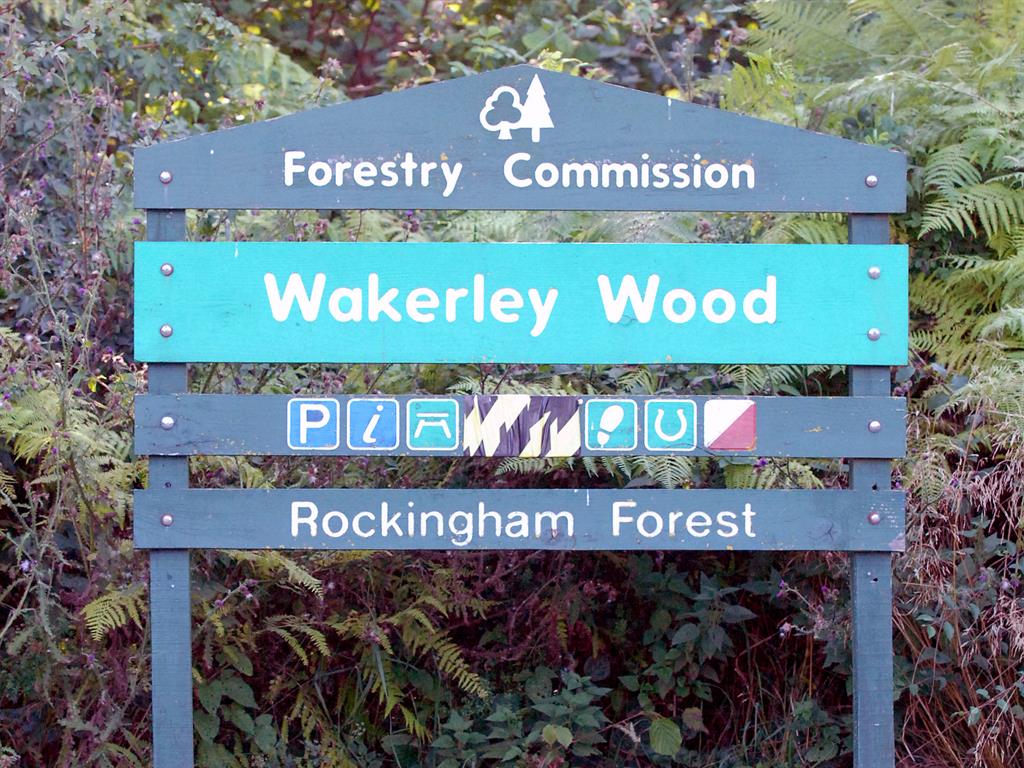 A Northamptonshire Police spokesman said: ‘We had reports of a rottweiler cross Labrador dog being attacked by a large black cat in Wakerley Wood, opposite Finshade Woods.

‘On finding the dog, their owners noticed it was looking up into a tree and when they looked, they describe seeing a puma/panther-type cat which was bigger than their dog.

‘The dog received a claw injury to the face. We have made the Forestry Commission aware as it is their land.’

The sighting is the latest in a long line of possible big cats seen in Northamptonshire and nearby Rutland.

On March 31 this year Kettering man Craig Smith was convinced he also saw a panther in Wakerley Wood.

In 2012 a couple spotted a big cat in the same woodlands with other sightings near Gretton.

There was also a sighting of a big cat in 2008 in Wellingborough. And in 2004 there were six across the area in just two weeks.

Chris Lawton, from Rutland Wildlife Sanctuary, said the Wakerley Wood sighting could have been a panther.

He said: ‘There have been a lot of reports of it. A lot of people have had stock going missing such as sheep and lambs.

‘We once had a report from someone staying at Barnsdale Lodge saying they saw a big cat coming across the road.’

A Forestry Commission spokesman said: ‘We are aware of the report. Wakerley Wood is regularly visited by our local team who would report any unusual sightings.’