A WORRIED father of a 39-year-old coronavirus patient has made a desperate plea for people to follow government health advice.

Matt Dockray developed a cough after attending the League Cup final at Wembley Stadium three weeks ago and is now in intensive care.

His father Mike fought back tears as he revealed details of his son’s condition to Sky News. He said: ‘I’m pleased to say that the latest bit of news is that he’s doing much better but he’s far from well.

‘His symptoms started at Wembley, got a bit of a chill then his temperature went up. In the days that followed, every time we spoke to him with his wife and our granddaughter he was saying, “I don’t feel right, I’m not good”. His cough was terrible and there were times he was struggling to get his breath.’

Mr Dockray said his son, of Marlow, Buckinghamshire, was taken to hospital and quarantined less than an hour after the family called 999.

Matt has since posted about his ordeal on Facebook, writing: ‘I wouldn’t wish this on any enemy.’ Fighting back tears, his father said: ‘He’s doing better than the others in there.’ Mr Dockray said his son watched loved ones coming to see their relatives in their final hours, adding: ‘They were putting up a laminated red rose on the window for people to see. An hour or two later people were wheeled away, they’d passed on.’ To those ignoring safety measures he said: ‘Stop going out, stop panic buying. Do as you’re told and we’ll get through it. I think people are getting the message, but some idiots aren’t.

‘If it can affect a 39-year-old strapping 6ft 4in guy, then it will affect them.’ 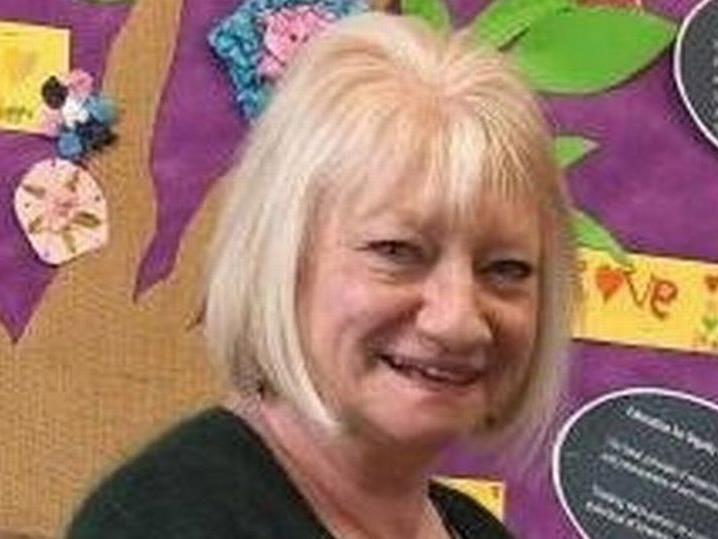 ■ A HEADTEACHER has died from coronavirus. Wendy Jacobs (pictured), of Roose primary school, Barrow-in-Furness, Cumbria, is the first key worker confirmed as killed by Covid-19. School governor Fred Chatfield wrote to parents: ‘It is with great sadness I inform you Mrs Jacobs passed away today. This is a huge loss.’ The school was closed yesterday, even for the children of key workers.