DIANE ABBOTT’S son has appeared in court accused of a string of violent attacks, racially aggravated criminal damage and exposing himself in a hospital ward.

The attacks are said to have taken place at three London hospitals — the Homerton in Hackney, the Royal Free in Hampstead and Mile End in Tower Hamlets. The last allegedly happened two days before Christmas.

Abbott-Thompson is the only son of shadow home secretary Ms Abbott and Ghanaian architect Richard Thompson.

They divorced a year after his birth following two years of marriage. 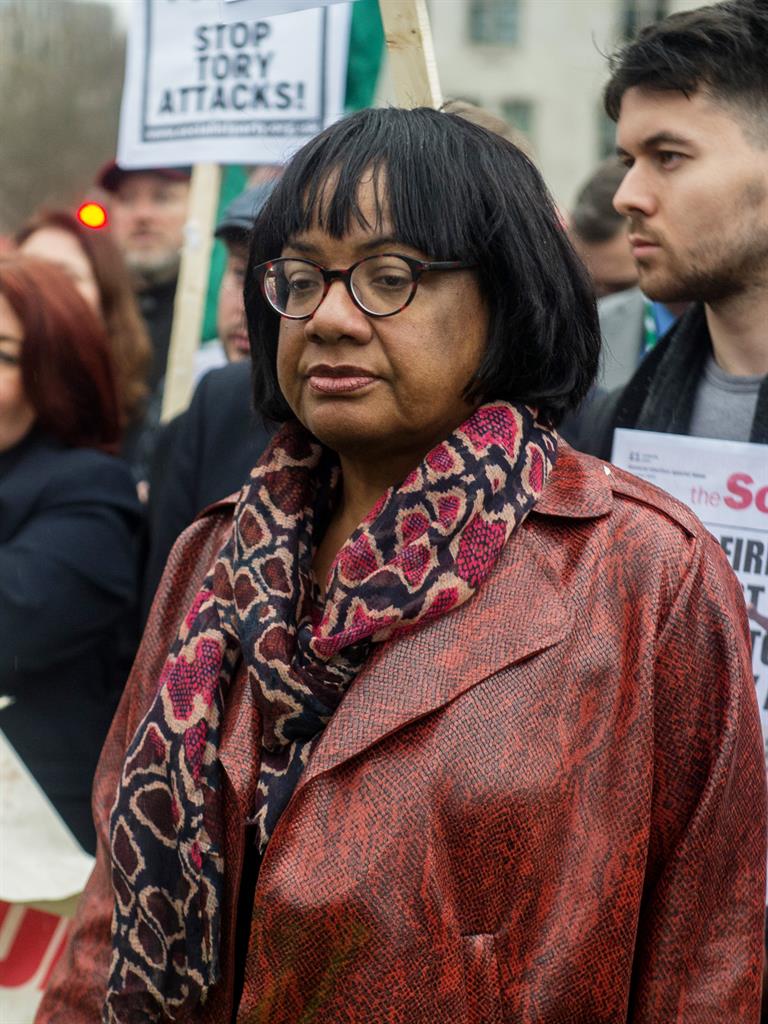 District judge Jane McIvor granted him bail ahead of a further hearing at Wood Green crown court next month. Ms Abbott, 66, sparked controversy when she decided to send her only child to the private City of London School in 2003 after previously criticising colleagues for choosing selective and independent schools.

She was accused of hypocrisy but claimed she had done a lot of work on ‘how black boys underachieve in secondary schools’.

When she was running for the Labour leadership in 2010, Ms Abbott (pictured) spoke about her son during a TV interview. She said: ‘I knew what could happen if my son went to the wrong school and got in with the wrong crowd. They are subjected to peer pressure and when that happens it’s very hard for a mother to save her son.’

Abbott-Thompson’s god-father is Jonathan Aitken, the former Conservative cabinet minister who served a prison sentence for perjury. He worked with Ms Abbott during their time together at breakfast television’s TV-am in the 1980s.