A LOYAL football fan has been to almost every home game his club have played for 88 years, only regularly missing matches when he was fighting in World War II.

At 102, Derek Eley hasn’t lost any of his passion for the beautiful game, or the Derby County side he first fell in love with as a 14-year-old back in 1931.

The ex-soldier (pictured) has been to more than 1,700 matches at both Pride Park and the club’s former Baseball Ground home, and has seen The Rams win the FA Cup and twice be crowned champions.

Derek, who has lived in Chapel-en-le-Frith all his life, would avoid planning parties, trips and even DIY on a Saturday for fear it would clash with the football. ‘I would go to away games when I was younger, I went all over. I followed them everywhere,’ he said. ‘We have a great set of fans and I love the atmosphere.’ 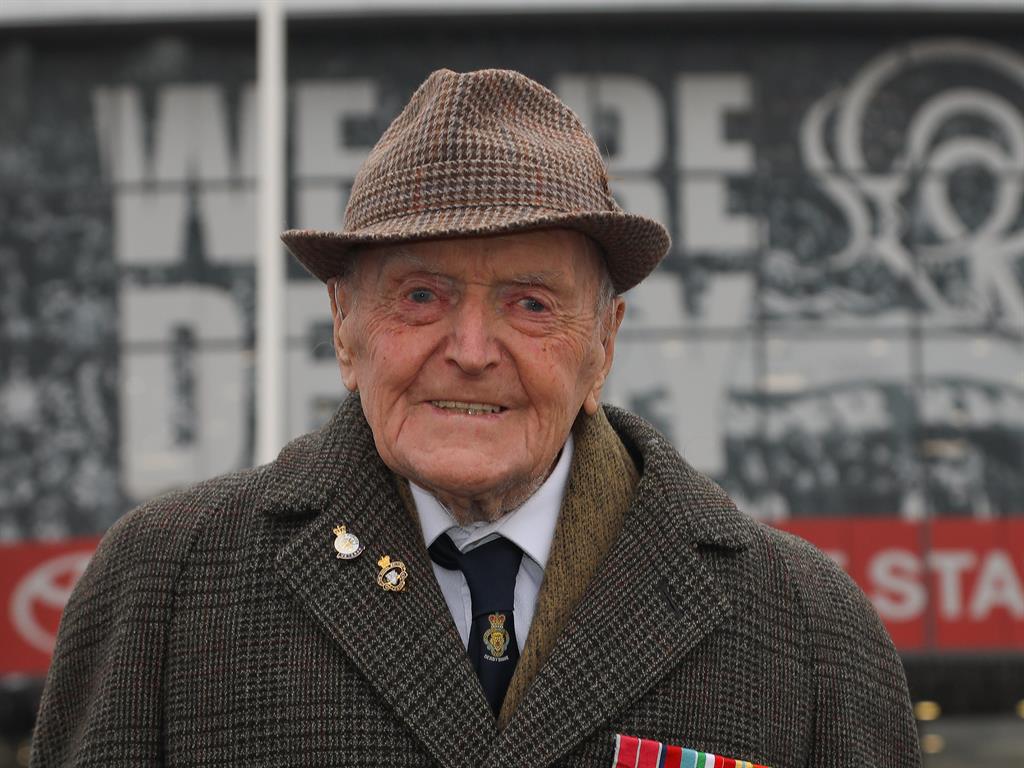 While serving with the Sherwood Foresters in Italy, Derek bagged a pair of tickets for the first post-war FA Cup final in 1946. And his luck was in as Derby made it to Wembley, thumping Charlton 4-1 to lift the trophy for the only time.