SAMANTHA CAMERON has confessed that she and husband David were ‘naughty teenagers’ because they got together when he already had a ‘serious girlfriend’.

The wife of the former prime minister lifted the lid on life before and after their six years at No.10 — and says ‘Dave’ now calls himself the ‘janitor’ after spending lockdown doing the housework.

The 49-year-old businesswoman told how their three-decade love affair began when they first hooked up at a 60th birthday party for her husband’s father in southern Italy — and family members were allowed to bring along friends. 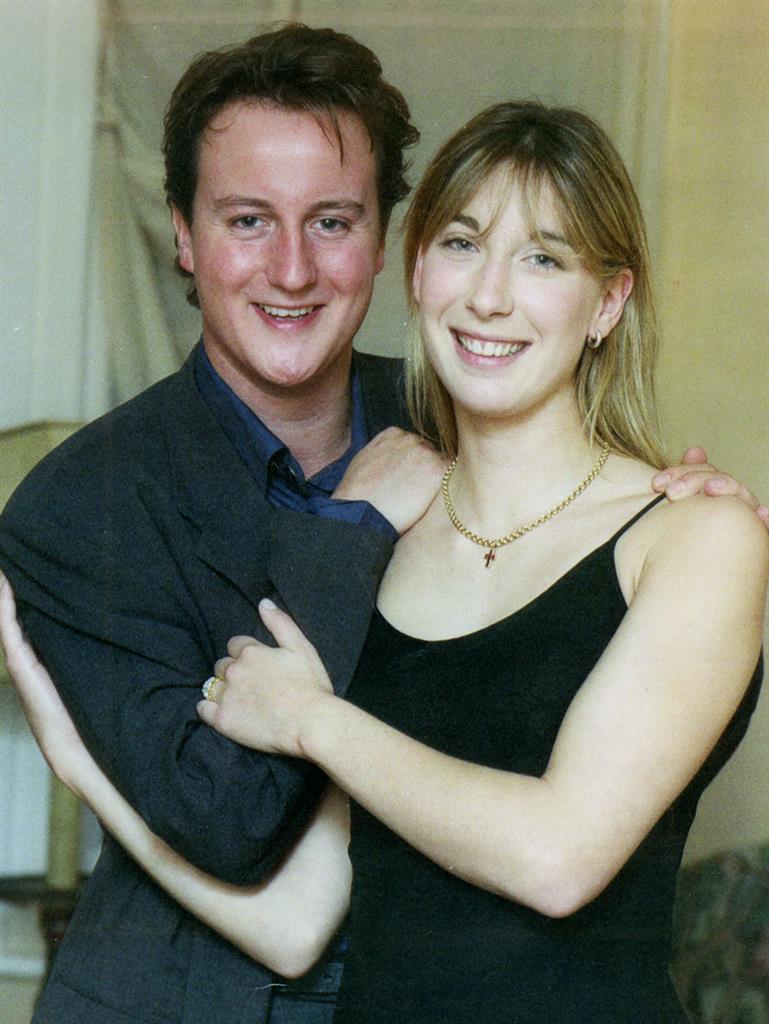 She said: ‘He was my best friend’s older brother and so I probably met him first when I was about 17 or 18.

‘That’s when Dave (who is four years older) and I got together. We sort of knew each other a bit but he was always… you know we were naughty teenagers and he was already quite serious and had a job and kind of a serious girlfriend so we always slightly took the p*** out of him… but then we sort of fell in love on this holiday.’

She added: ‘Everyone was unbelievably surprised… I was a bit of a hippie and, umm, well I was a teenager. I think all the parents involved were quite surprised when a couple of months later we were still together.’

After 24 years of marriage and four children, Samantha makes sure her husband is kept busy, in charge of the cleaning and cooking — which he learnt in Downing Street.

‘Luckily my husband is a very good cook so he is,’ she said on Giovanna Fletcher’s Happy Mum Happy Baby podcast. ‘He’s set this target that he will cook all the meals during lockdown. I have had a lot of washing up but I haven’t had to do much in the way of cooking so I am lucky.’

She said ‘Dave’ taught himself to cook as an escape while running the nation. ‘When you are in Downing Street I think people imagine that you have lots of help up in the flat but you don’t have any. We had our nanny as I was working and there is a lovely Downing Street cleaner who would come in for a couple of hours in the morning but other than that you get no sort of chef like you do in the White House.

‘Dave would come up and I’d say you can do reading with the children or you can cook supper and he would cook supper.’ She added: ‘He’s found it really relaxing.’

Of her husband’s new extra chores, she said: ‘He said to me just today, “Oh I had no idea that being a housewife was so hard, I just don’t think they get enough credit”.

‘He has been calling himself the janitor during lockdown.’