THE National Grid dismissed reports of a gas leak as ‘the smell of the River Mersey’ hours before an explosion destroyed a row of shops and injured 33 people, it was claimed last night.

The company received several calls from worried residents in the 24 hours leading up to the blast in New Ferry, Merseyside, at 9.15pm on Saturday but inspectors found no trace of gas.

Police are now investigating the cause of the explosion.

Children had been rehearsing in a dance studio just an hour before it was wrecked by the explosion, along with four shops and a Chinese restaurant. 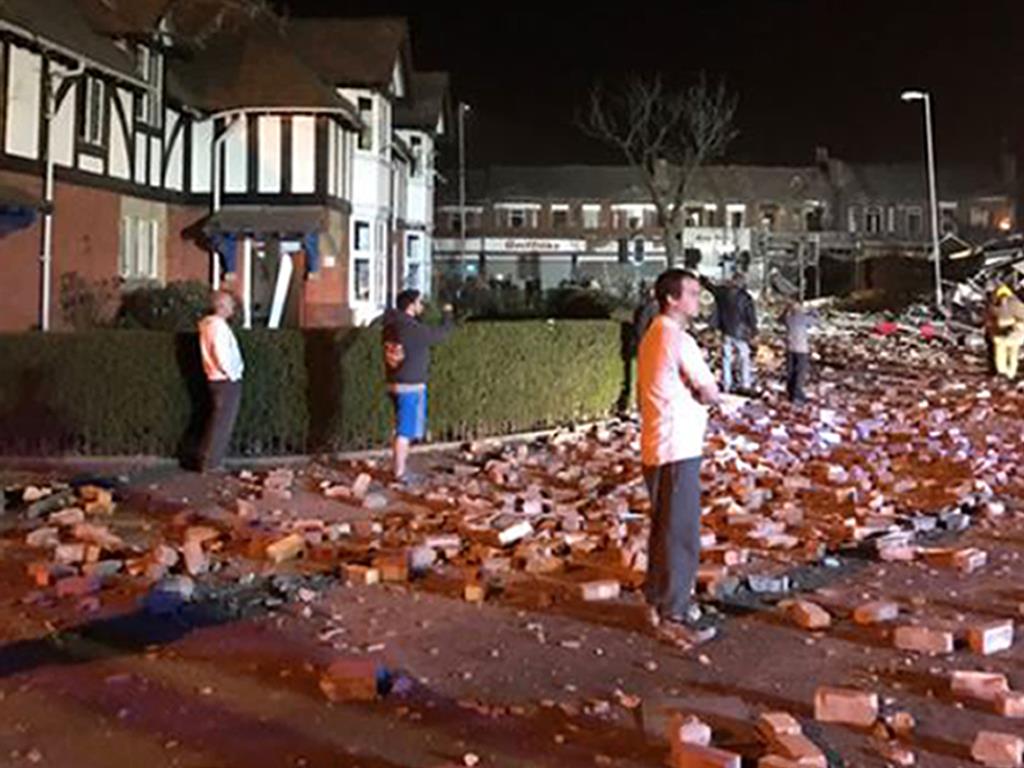 Retail manager Jonathon Coxall, 36, who lives 200 metres from the blast site, said: ‘We smelled a really bad stench of gas at about 5pm on Friday.

‘By the time the inspector arrived the smell had gone. He got the meter out but he said he thought it was probably just the smell of the River Mersey rather than gas. We just thought “OK, they are the experts”.’ Two people injured in the blast remained in a serious condition in hospital yesterday.

Helen Hudson, who was in the Hans House restaurant when the explosion hit, said: ‘We thought it was a terrorist attack. There was blood everywhere. I can’t believe we walked away alive.’

The National Grid said: ‘Our engineers found no indication of a gas leak. There are no indications any reports were connected to the explosion.’