DONALD TRUMP has declared there is ‘light at the end of the tunnel’ after a drop in the number of new coronavirus deaths in New York.

The president (pictured) insisted ‘things are going to start changing’ as the toll in the US topped 10,000 yesterday, with more than 330,000 confirmed infections.

But some drew hope from New York, the worst affected area, following successive falls in the daily death toll there.

More than 4,200 people have died in the state, but the number of fatalities on Sunday was 594, compared with 630 the day before.

There was also a drop in intensive care admissions and the number of patients who needed breathing tubes. Governor Andrew Cuomo, however, cautioned that while the figures could signal a ‘hopeful beginning of a shift in the data’, they may also just be an ‘interesting blip’.

He told a press conference: ‘The number of deaths over the past few days has been dropping for the first time. What is the significance of that? It’s too early to tell.’

Mr Trump struck a more optimistic tone at the White House, telling reporters: ‘I think we all know that we have to reach a certain point — and that point is going to be a horrific point in terms of death — but it’s also a point at which things are going to start changing.

‘We’re getting very close to that level right now.’

White House trade adviser Peter Navarro yesterday acknowledged that members of the task force dealing with the outbreak have clashed over the efficacy of an anti-malaria drug, hydroxychloroquine, for use against coronavirus.

Mr Trump has repeatedly pushed the drug as a potential treatment, most recently on Sunday, adding: ‘But what do I know? I’m not a doctor.’

But news website Axios reported that Mr Navarro had a heated row on Saturday with Dr Anthony Fauci, director of the National Institute of Allergy and Infectious Diseases.

Dr Fauci and other top health advisers have argued there is insufficient evidence to prove the drug is effective against the disease. While acknowledging he has no scientific background, Mr Navarro said he believed the studies so far were convincing.

Meanwhile there is a growing row among Democrats over the party’s process to choose its nominee for this November’s election. Voters in Wisconsin are due to head to the polls today but several officials in the state have called for it to be postponed.

Frontrunner Joe Biden, who is facing off against challenger Bernie Sanders, has said the vote should go ahead. 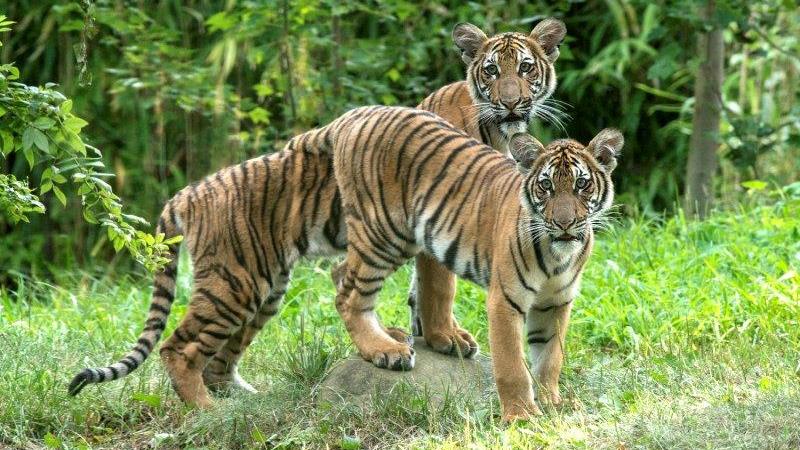 ■ A TIGER has tested positive for Covid-19 at New York’s Bronx Zoo. The four-year-old big cat, named Nadia, is believed to have been infected by a keeper. Three other tigers, including Nadia’s sister Azul (pictured behind her), and three lions have also shown symptoms but are ‘doing well and expected to recover’. The US Department of Agriculture stressed ‘there doesn’t appear to be, at this time, any evidence that suggests that the animals can spread the virus to people’. 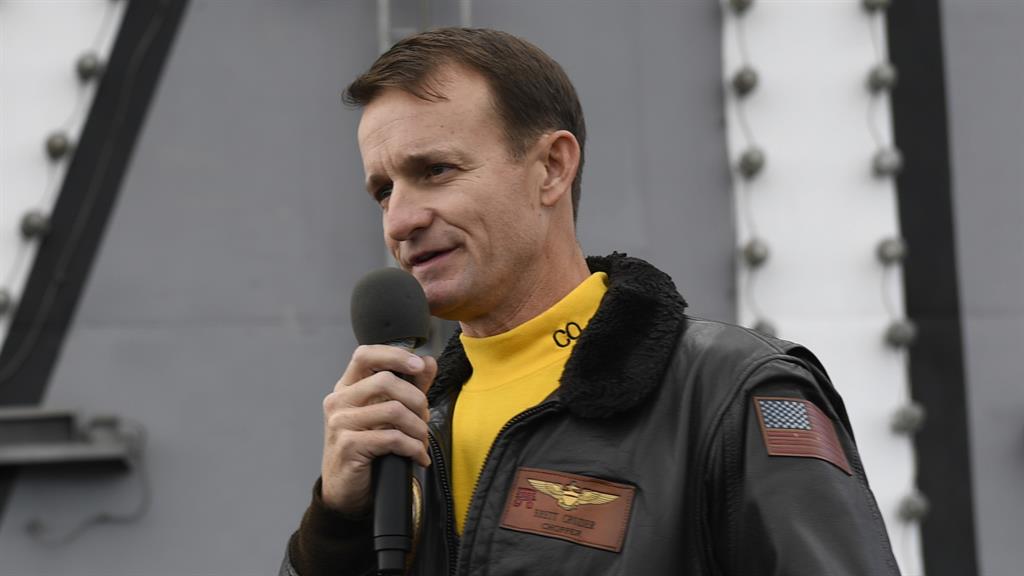 ■ THE US navy captain sacked for alerting bosses to coronavirus spreading through his crew has tested positive for Covid-19 himself. Capt Brett Crozier (pictured) was relieved of his command last Thursday after writing to navy top brass telling them more than 100 sailors aboard USS Theodore Roosevelt had been struck down and that the crew should be quarantined. Acting secretary of the navy Thomas Modly has defended his decision to fire Capt Crozier.